Get ready for your walking tour of Budapest with this article introducing one of the finest capital cities in Eastern Europe.

From incredible architecture to lively nightlife, there’s something for everyone in Budapest. Spreading out on either side of the mighty Danube River, this is one of Eastern Europe’s finest gems. Like most European capitals, a walking tour of Budapest is the best way to get to know the city. For a great introduction, there’s nothing better than our Essential Budapest tour.

It might be a cliché but walking around Budapest is like being in a large, outdoor museum. The beautiful architecture keeps your eyes glued to the buildings, ranging from neo-classical to art nouveau and everything in between. The incredible Parliament building draws the most attention, but don’t forget about the Royal Palace, National Theatre, and St. Stephen’s Basilica either.

It’s hard not to feel the past in Budapest; this city has gone through a lot. Over 1000 years old with Roman roots, it has existed under the Ottomans, Habsburgs, Nazis, and the Soviets, each leaving their mark. Run your hand over bullet holes from revolutions and breathe in the palpable sense of loss – the scars run deep. But with one step in the past, Budapest is also looking towards the future. Young creatives are once again flocking to the city, and changes are turning Budapest into one of the more popular destinations in Eastern Europe.

All of this and more can be discovered on our range of Budapest walking tours. All the tours can be done remotely for the armchair travelers as well – a Budapest virtual tour might be just the thing you need to fuel your wanderlust.

The History of Budapest

Budapest was officially created in 1873 when the two cities (Buda and Pest) on either side of the river came together to form the capital. But the history of this settlement stretches much further back than the 19th century. Written history starts with the Romans, drawn in by the city’s strategic importance and its steamy thermal springs.

After the Romans withdrew in the 5th century, the area was fiercely contested. Eventually, in the year 896, the first Hungarians arrived from Asia, settling in the Carpathian Basin. The Hungarian state was founded in the year 1000 with the crowning of St. Stephen, the country’s first-ever King.

The centuries that followed were tumultuous for the country. The Mongols attacked from Asia, and the entire country fell under Ottoman rule in the 1500s. In the 17th century, it fell to the Habsburg Empire, and after a strong push for independence, it was absorbed into the Austro-Hungarian Monarchy. During these years, Hungary enjoyed a period of affluence; most of the impressive architecture you see in Budapest today was built during this period.

The World Wars of the 20th century would quickly put an end to all that. This recent history can still be felt in Budapest – sad reminders hide around every corner. During World War II, thousands of Hungarian Jews perished in the Holocaust – a horrific event that has permanently scarred the city.

After the war ended, Hungary fell under the control of the Soviet Union. What would follow is about 45 years of communist rule, only dispelled as the Soviet Union collapsed in 1989 and 1990.

Since then, Budapest has been on the rebound. There are, of course, sad reminders of its history scattered throughout the city, but also hope, reconciliation, and plenty of optimism. And it’s this that’s turning Budapest into one of the most exciting capitals in Eastern Europe.

To dive deeper into the events that shaped the city, our Historical Budapest walking tour is a perfect choice. For history buffs, there’s no better way to explore the city.

Where to Stay in Budapest

The Best Budapest Neighborhoods to Stay In:

Getting around Budapest is both easy and affordable. The center of the city is relatively compact, there are many cycling paths, and public transport is great. As such, a self guided walking tour of Budapest is a great way to see the city.

Budapest’s Castle District (also known as the 1st District) is located on the western side of the Danube River. This area is calmer than the neighborhoods across the river but still very central. Prices are a bit higher than average, with lots of cultural offerings. It’s a great spot for families to stay, or for those who like peace and quiet. Our walking tour of the Castle District explores the area’s must-see attractions and mementos from Hungary’s medieval past.

Wander over to the eastern side of the Danube to find more lively areas. Belváros (Budapest’s 5th District) is the main downtown area and most popular for tourists. As such, you can expect lots of hotels for all budgets here, but also a lot of people.

South of this district is Ferencváros (Budapest’s 9th District), often referred to as the SoHo of Budapest. It’s a bit quieter, but close to the downtown area, and populated with great cafés, restaurants, and bars. Tours in Budapest often miss this area.

Stay further east, and things get a bit more interesting. The first neighborhood is Terézvaros (Budapest’s 6th District) – another mixed bag. The stately streets are home to some of the city’s most high-end hotels but delve further, and you can turn up some more affordable options.

Erzsébetváros, or the Budapest Jewish Quarter, is another popular option for tourists in Budapest. This grungy area is filled with history and is now the center of Budapest’s nightlife. Expect lots of bars and clubs alongside cheap hostels and a scattering of more upscale boutique options. Bar tours in Budapest all jump between venues in this district as well.

Where to Eat in Budapest 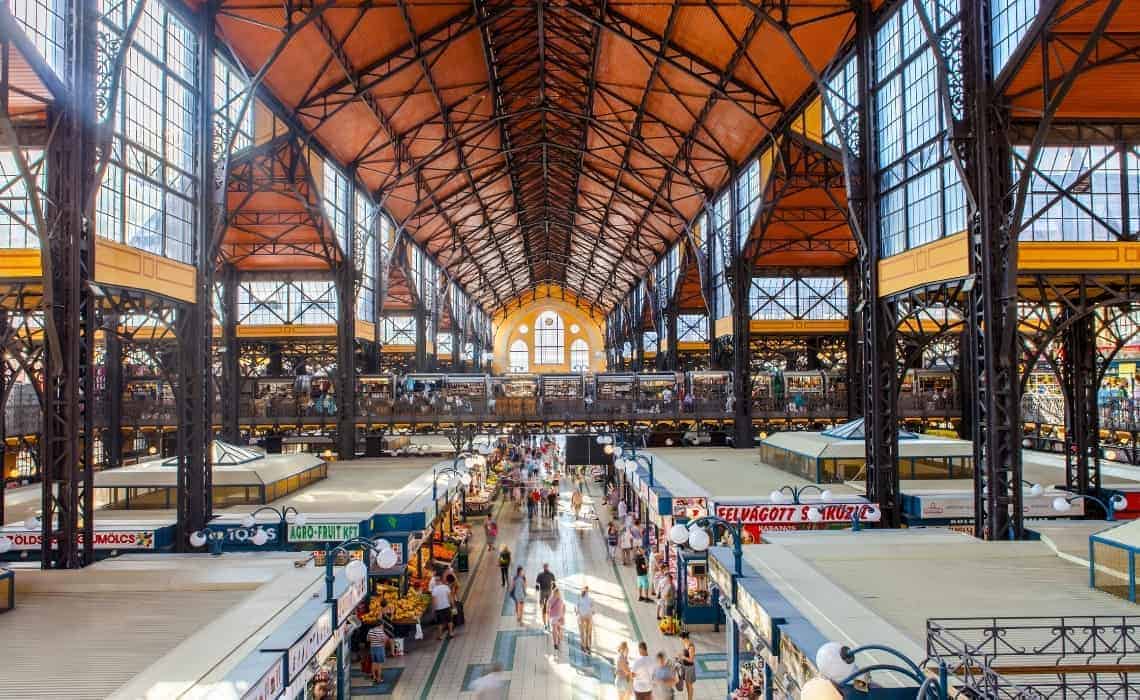 As we mentioned above, the food in Budapest (and Hungary) flies seriously under the radar. Spicy, fragrant, rich, there’s a smorgasbord of flavors to delight in Hungary’s capital. Food tours in Budapest are becoming more and more popular.

Hungary’s most famous export is goulash – although ask the locals and they’ll tell you that you haven’t tried goulash until you’ve eaten it in Hungary. This hearty stew is filled with beef, carrots, potatoes, spices, and of course, paprika.

Fisherman’s soup is another dish you should sample after a Budapest walking tour. Traditionally cooked in a kettle over an open fire, there are all kinds of river fish in this warm and filling soup. Best enjoyed on a cold, grim winter’s day.

Street food is also popular in Budapest, and out of all the choices, Lángos is what you should try. This is a mouthwatering deep-fried flatbread, thought to be perhaps another relic of Ottoman rule. There’s an endless variety of toppings that come with it: garlic sauce, cheese, sausages, and sour cream are just a few.

Kolbász is an all-encompassing word for sausage, a staple in the Hungarian diet for an age now. They pop up in all meals and are served in a variety of different ways. Budapest’s Central Market is a great place to browse and sample some Hungarian sausages.

Budapest is also highly regarded for its incredible coffee houses. These opulent, neo-classical buildings were once the haunts of local artists, politicians, writers, and philosophers. Today, tread in their footsteps, and you won’t regret it – sitting down for coffee and cake in these grand venues should be high on your Budapest bucket list.

With so much to discover in the city, it’s no surprise that a few things fly under the tourist radar.

The Ruin Bars of Budapest 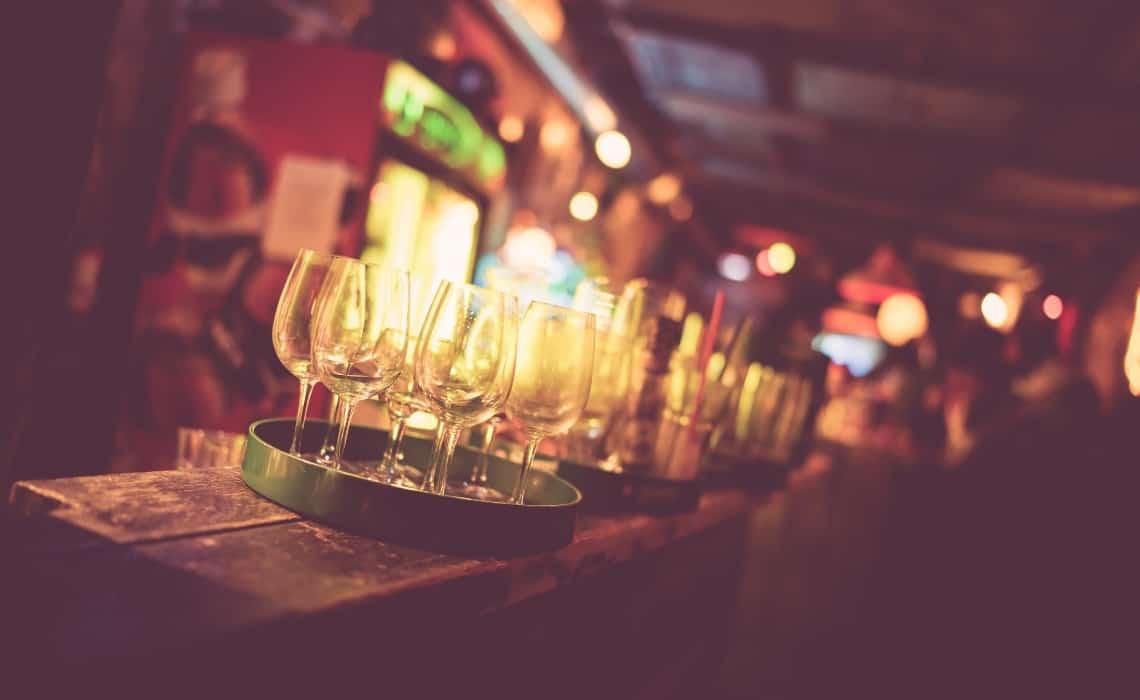 One of the unique things about Budapest is its ruin bars. Head into the Budapest Jewish Quarter, and you’ll discover cool bars built into the ruins of abandoned buildings and stores.

After WWII, the Jewish Quarter in Budapest was a crumbling ruin. Entrepreneurs took a gamble, renting out abandoned buildings, furnishing them with secondhand furniture from the city’s flea markets, and started serving drinks. Their popularity took off.

Today, you can find countless ruin bars in the Budapest Jewish Quarter. Look out for the rundown buildings around the neighborhood, and don’t be afraid to enter. Once you’re inside, the party starts; vibes range from laid back and relaxed to full-on club mode.

But it’s not just the ruin bars that make the Jewish Quarter in Budapest one of the city’s liveliest corners. Rich in history with a counter-culture vibe, it’s a great place to explore while visiting Budapest to turn up some local gems.

For starters, there’s nowhere better when it comes to street art in the city. Giant colorful murals around every corner, bringing a splash of color to this district with a dark history. There’s great food here too. An eclectic mix of restaurants means you can find anything you like, from delicate Mediterranean dishes to fiery Indian curries. Design stores and art galleries are also popping up.

You can explore all of this and more on our walking tour of the Budapest Jewish Quarter.

Finally, as we mentioned above, the Turkish bathhouses are a relic from the Ottoman rule. For thousands of years, locals have enjoyed the steamy and mineral-rich waters that bubble up from beneath the earth’s surface in Budapest.

Today, there are several baths spread across the city for guests to visit and enjoy the warm waters. It’s the perfect way to relax after your self guided walking tour of Budapest. The buildings range from crumbling Roman ruins to opulent neo-classical buildings fit for royalty.

The Top 5 Thermal Baths in Budapest

There’s a lot to see and do in Budapest – this alluring city will surely surprise you with its incredible scenery, culture, and history. To experience it all, Sherpa has some of the best tours of Budapest on offer. Remember, you can take part in the AR walking tour from the comfort of your home or follow along in the city with a GPS. 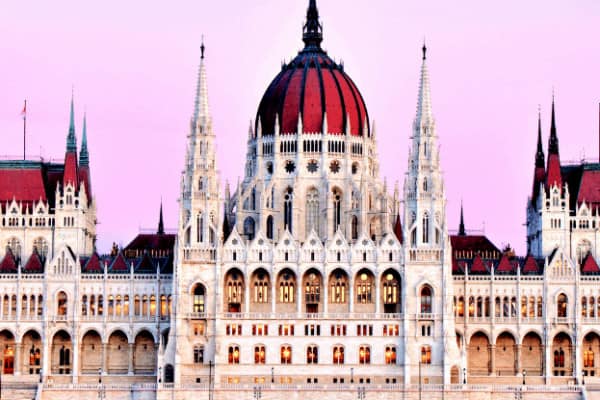 Take a walk in the ever-busy heart of Budapest to hear about the Chain Bridge, the iconic Parliament and the beautiful St. Stephen’s Basilica. While enjoying the well-known and less mainstream sights, you’ll learn how the downtown became the birthplace… 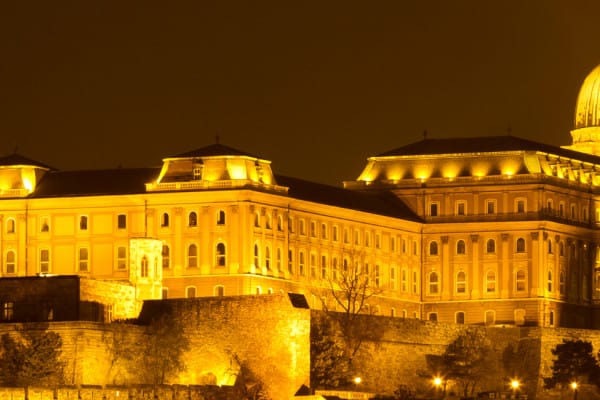 Our tour will lead you through the historical Castle District’s must-see attractions and lesser-known mementos from Hungary’s past. We will guide you through Hungary’s 1000-plus year past through legends, myths and historical stories. 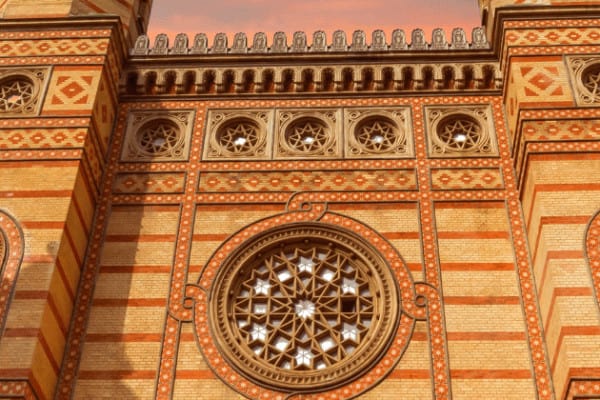 In our tour, we will explore the history of Hungarian Jewry in the 19th and 20th century and discover architectural gems from the golden age of Budapest. We will admire the grandeur of four exceptional synagogues, walk in romantic passages,… 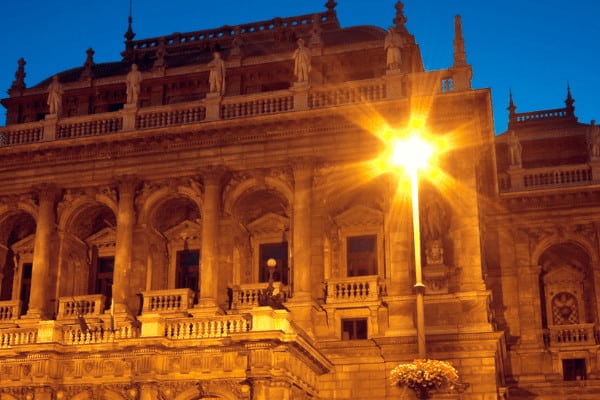 Our free mini-tour will take you back 200 years back in time. You’ll discover the birth of Hungarian grand opera, peek behind the curtains of Budapest nightlife around the turn of the century, and learn about renowned Hungarian photographers of… 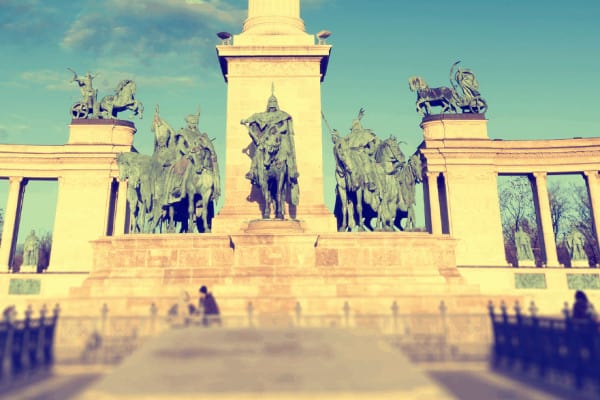 Our tour will take you through the historical and cultural center of Budapest. It begins on the gorgeous Andrássy Avenue, passing through the picturesque Heroes Square. From there, it continues towards the infamous Széchenyi Bath, ending at the iconic Vajdahunyad…