Vienna walking tours are one of the easiest ways to get to know the alluring architecture and fascinating history of Austria’s capital.

Elegant, graceful, and stunning, Vienna is one of Europe’s most alluring cities. Austria’s capital straddles the Danube River and enjoys an artistic and intellectual legacy like no other destination in Europe. It’s hard not to get wrapped up in the magical atmosphere of the city, from its regal architecture to its wealth of stately coffee houses, where some of the world’s greatest thinkers, composers, and writers all gathered to do their work.

Venturing out into the streets of Vienna turns up a feast of architecture unlike anywhere else. The cityscape spans several styles as you wander, from Baroque to Imperial to Art Nouveau, each a work of art etched in brick and stone. Speaking of art, Vienna’s art galleries hold a wealth of works by the Old Masters, from Rembrandt to Caravaggio. At the same time, history museums give a glimpse into the Habsburg dynasty, one of Europe’s most powerful empires.

The culture on the ground only enhances the magical atmosphere of Vienna. Sounds of classical music swirl out of exquisite opera houses, stately coffee houses draw people in with the aroma of freshly ground beans, and elegant pub-like restaurants provide cozy spots to kick back with a filling schnitzel, some goulash, and a bottle of local wine. It’s no wonder that Vienna regularly tops the list for ‘World’s Most Livable City.’

The first signs of Vienna began as a settlement of Celts but was quickly taken over by the Romans in 15 BCE. This military camp was called Vindobona, a fortified frontier city whose objective was to protect the Roman Empire from the Germanic tribes to the north. As the Empire was swept away by invading forces, Vindobona changed hands several times, finally falling to the Rudolf I in 1278, the beginning of the Habsburg rule.

The Habsburgs would reign over Vienna for more than 600 years, using the fortified city as their base of power. As one of the most prominent royal houses in Europe, the Habsburg Royals shaped Europe into what it is today. When the Habsburg male lineage died out with Charles V in 1740, his daughter Maria Theresa took over. Famously, she went on to have sixteen children, marrying many of them off into royal families around Europe.

At the end of World War I, the Austro-Hungarian Empire’s territories were divided, and the Republic of Austria was born. The 1920s saw the rise of fascism, leading to a civil war in 1934 that would pave the way for the city to be annexed by Nazi Germany. Heavy bombing from the allies during World War II caused huge amounts of destruction around the city until the Soviets liberated it in 1945.

From its roots as a Roman settlement to the seat of the Habsburg Empire, Vienna’s history is long and engaging. We’ve barely skimmed the surface here, but luckily our walking tour of Vienna takes an in-depth look at the story, uncovering the most interesting points while touring the famous sights along the way. It can also be done as a virtual tour of Vienna, letting you explore the city from the comfort of home.

Where to Stay in Vienna

The Best Neighborhoods to Stay in Vienna

Innere Stadt (inner city) is the perfect choice for most travelers visiting Vienna. With its central location, it’s within easy walking distance of all the main sights in the city. The cobbled streets are lined with historic churches, designer stores, and a wealth of restaurants to choose from. The trade-off, of course, is that it’s also quite a pricey area, but it’s here where most of our Vienna city tour takes place.

Bordering the edge of the Danube River is Leopoldstadt, the city’s greenest area. Wide, leafy streets are home to a variety of well-priced hotels, and you’ll find the sprawling Prater Public Park here as well, home to beer gardens and the Riesenrad Ferris Wheel. 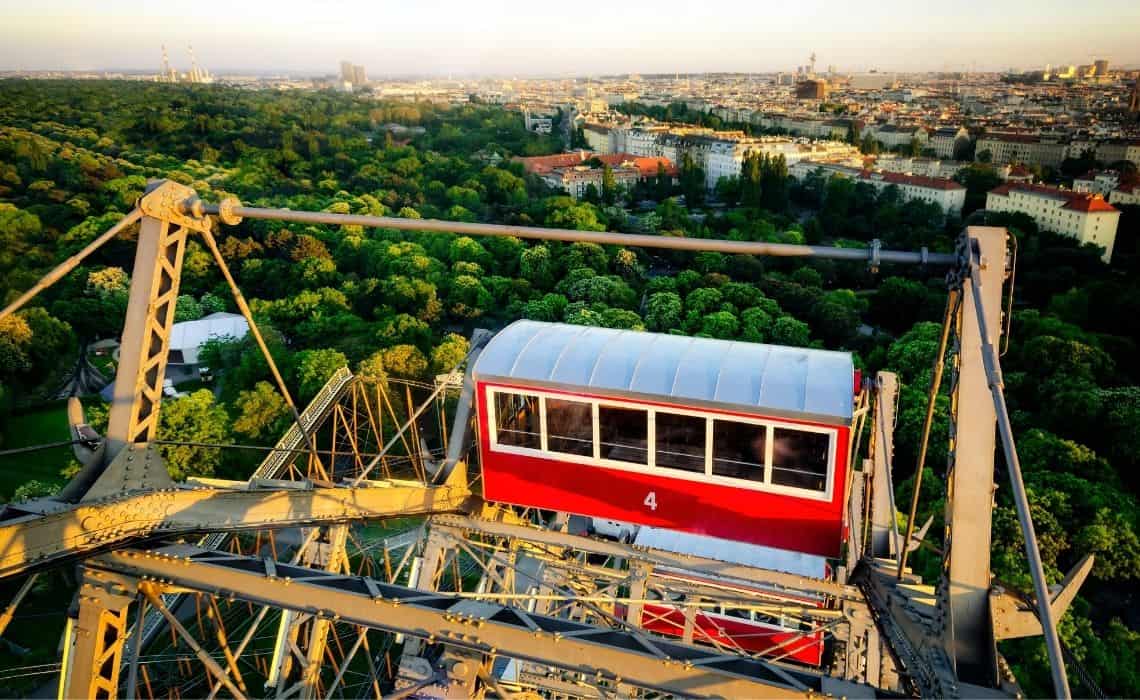 Trendy travelers would do well to stay in Wieden, just to the south of Innere Stadt. There are vintage stores, local boutiques, and a wide variety of restaurants from which to choose. A large student population also means that the pubs and bars are loads of fun on any night of the week. Prices are more affordable than in the city center.

Next to Wieden is the Margareten neighborhood. Thanks to its location on the outskirts of the city center, it’s a bit more residential and multicultural, with laid-back streets lined with apartment complexes. It’s a great choice for families while still being within easy distance of the center. It’s here where you’ll also find one of the city’s best marketplaces, the Naschmarkt, a sprawling bazaar selling food items from around the world.

Above Margareten is the beautiful neighborhood Mariahlif, another residential area of Vienna that’s also home to the city’s busiest shopping street, Mariahliferstrasse. Scattered throughout the roads connected to this main thoroughfare are small bistros, theaters, cafés, and pubs, letting you take a break from all the retail therapy. Prices here are more expensive than Margareten but still cheaper than in the central districts. It’s a good place to get a glimpse into the local life that is so highly rated worldwide.

What to Eat in Vienna?

The 5 Must-Try Dishes in Vienna

Austria’s national dish is the wiener schnitzel, a delicious and simple meal to enjoy after a walking tour. Made from a thin cut of veal, the meat is crumbed and then fried until golden and crispy. It’s a favorite around the country and cheerfully served at countless restaurants and pubs across Vienna.

Another great dish to try in Vienna is their goulash. Originally from Hungary, this import has become very popular around Austria. Goulash is a beef stew cooked in a mouthwatering mix of tomatoes, onions, and paprika. It’s the perfect dish to enjoy in a cozy pub during a snowy winter evening in Vienna.

When it’s time for dessert, opt to try the famous apfelstrudel or apple strudel. This dish gained popularity during the Habsburg era, a light and flaky pastry filled with apple, raisins, cinnamon, and more. Try it with a Viennese coffee, and you might end up moving here forever.

For a quick bite from street food vendors during walking tours in Vienna, your best bet is to try the Viennese sausage. Simple and delicious, these sausages usually come served with mustard on the side. Whether it’s summer or winter, you’ll find locals gobbling down this snack year-round. 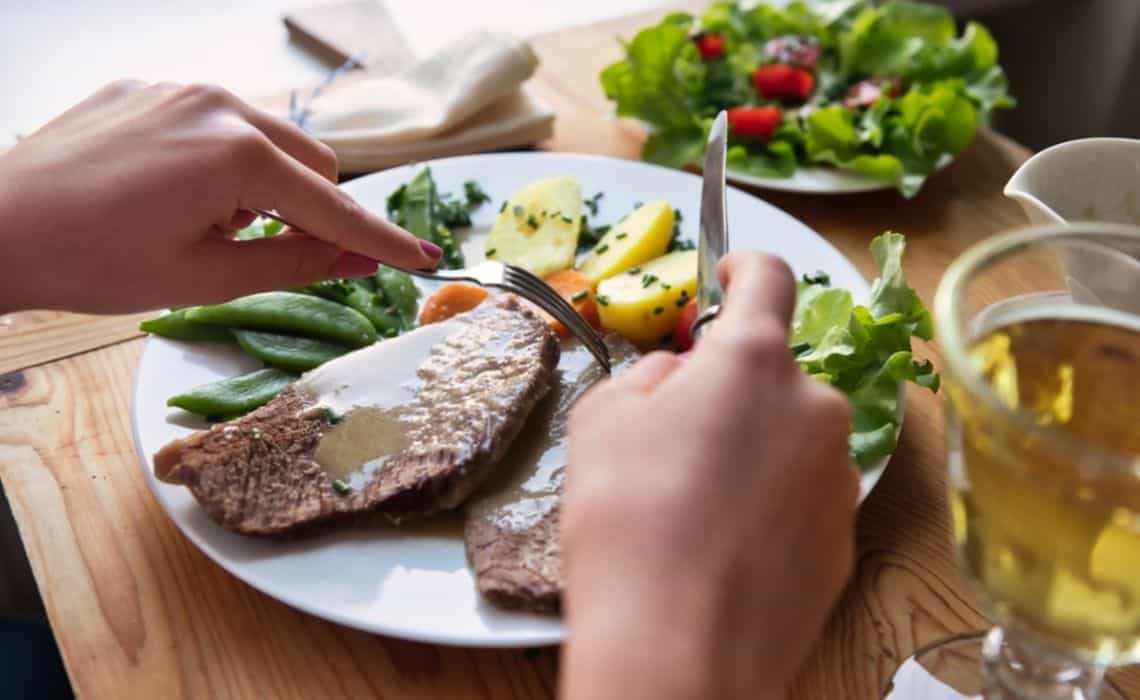 Finally, another comforting, hearty dish is the tafelspitz. This meal is made from beef boiled in a broth, served with vegetables, applesauce, and horseradish. It’s another of Austria’s national dishes, served across the country and wildly popular in the fall and winter.

Vienna is one of Europe’s capitals of coffee, with more than 1000 coffeehouses scattered across the city. These charming and sophisticated spaces are the city’s signature spots to socialize, where locals gather with their friends to enjoy a slice of cake alongside a mélange (espresso with steamed milk, topped with foam).

Most of the coffeehouses have been around for over 200 years now. During the 19th and 20th centuries, they became the hubs of intellectuals, artists, and philosophers, meeting to discuss everything from politics to their creative endeavors. They’re the perfect place to recharge after your Vienna walking tour. 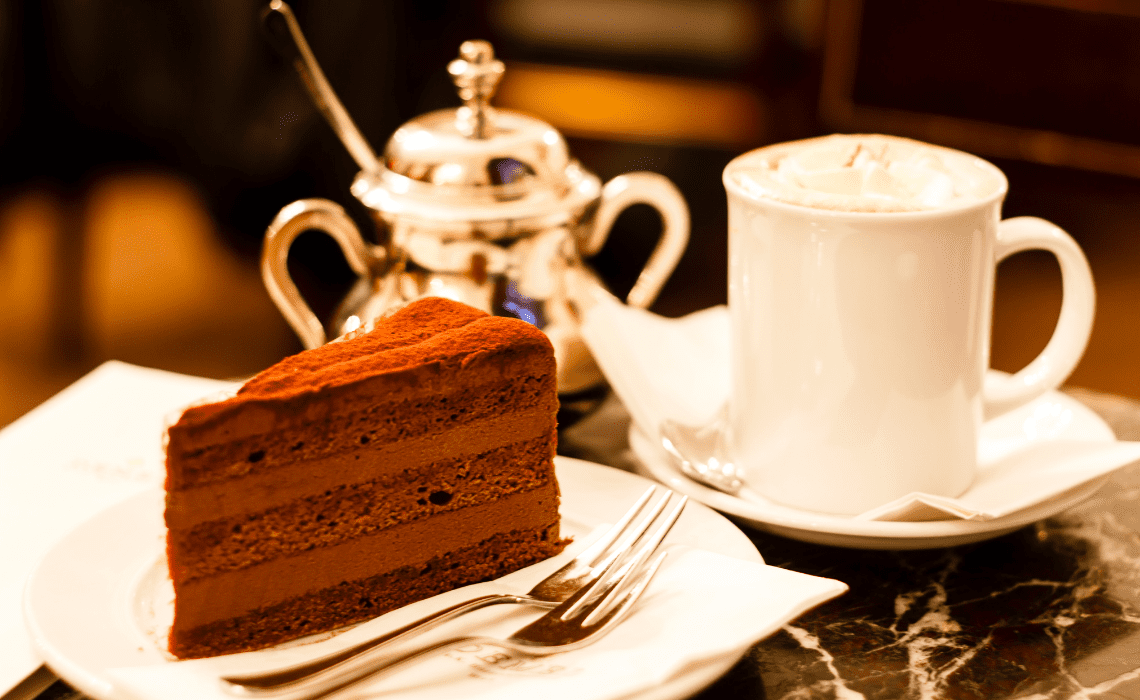 The Top 5 Coffeehouses in Vienna

The City of Music

Music too plays a big role in Viennese life. Many of the world’s greatest composers lived and worked in Vienna, and the city is undoubtedly the capital of classical music. From the music museum Haus der Musik to Beethoven’s grave, music-lovers will find plenty to do around the city. The most coveted activity to partake in is catching a live performance by the Vienna Philharmonic, considered one of the finest orchestras in the world.

Vienna is home to a staggering number of museums. There are over 100 scattered throughout the city, dedicated to everything from Sigmund Freud to modern art. However, many of the city’s best are in one walkable area known as the Museum Quarter. Here you’ll find such gems as the Natural History Museum, the Art History Museum, Leopold Museum, the Museum of Modern Art, and plenty more. Whether you’re after a glimpse into the lives of the Habsburg Dynasty or are interested in the latest, cutting-edge art, Vienna has it all.

This city is rich in everything, from art and architecture to music, history, and culture.  Knowing where to start can be daunting, but Vienna walking tours are always a good choice. Our essential tour of Vienna below will help you find your feet in one of Europe’s most enchanting and alluring cities. 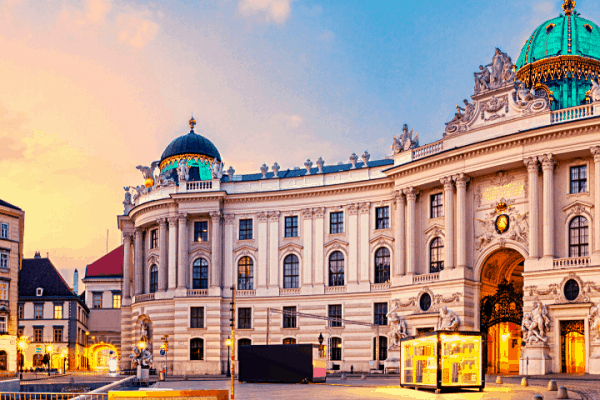 Vienna is one of the Europe’s most stately and elegant cities. On our tour, we will explore and learn about Vienna’s long history, from its birth as a Roman encampment to the city that today is rated #1 in the…