Our range of Oslo walking tours is designed to take in this beautiful city’s history, fantastic architecture, and modern way of life.

Cool, calm, and collected, Oslo is the modern city that puts many others to shame. Those who travel here discover a capital looking firmly towards the future. Contemporary architecture blends the latest green technology with sleek Nordic design, while the city’s chefs are at the cutting edge of modern Norwegian cuisine. There’s plenty of culture and loads of fun things to do in Norway’s vibrant capital.

History buffs will love exploring Oslo’s world-class museums, where you can dig into this country’s fascinating past. No part of Norway’s history captures the imagination quite like the stories of the Vikings. These fierce warriors were once the most feared in all of Europe, striking out in longboats on daring and bloody raids. Even though Oslo was founded towards the end of the Viking Age, you can be sure their longboats’ battle cries once rang out across this fjord.

From medieval settlement to a buzzing metropolis, you’ll realize that it really does set the golden standard for modern-day cities as you explore Oslo. Enjoying one of the lowest carbon footprints of any city in the world, it’s a destination that has fully embraced sustainability principles. Visiting here is like getting a glimpse into the future.

Speaking of food, Oslo has firmly hitched itself onto the New Nordic Cuisine train and hasn’t looked back. Celebrating history and tradition with inventive new meals, each dish is loaded with a surprising amount of fresh and exotic ingredients found in the country’s fjords. Throw in a steamy love affair with dark coffee and excellent beer, and you’ve got one delicious destination ripe for foodie travelers.

With so much packed into this compact capital, our Oslo walking tours are the best way to discover the city.

Oslo was founded around the year 1000, towards the end of the Viking Age. The Medieval settlement began where you’ll find the Oslo Old Town today. Slowly growing into a budding town, it wasn’t until King Haakon V started to build the famous Akershus Fortress about 300 years later that the city would become Norway’s capital.

The Changing Face of the City

Less than 100 years later, in 1397, Oslo would lose that capital status after Norway fell under Denmark’s rule. In 1624, a catastrophic fire burnt the town to the ground, and the King of Denmark decided to rebuild across the fjord, in what is today the Sentrum. With the new city came a new name: Christiania. It would mark a period of growth in the city’s history, but it wouldn’t be the first name change. Later in its history, it was also known as Kristiania before finally being changed back to Oslo in the 20th century.

A Budding Center of Trade

In the 18th century, Denmark finally ceded Norway to Sweden, which meant that Christiania once again became the country’s capital. With trade booming and a renewed pride at its capital status, the 19th century was a boom period for the city. It was then when many of Oslo’s most famous buildings were constructed, like the Royal Palace, the Bank of Norway, and the Storting. All of them are must-sees on any Oslo sightseeing tour.

The more modern history of the city involves a Nazi occupation in World War II. Oslo absorbed the surrounding towns into its periphery after the war ended, transforming into the sprawling city you’ll find today. Soon afterward, Norway struck oil just off the coast; it would go on to become one of Europe’s richest countries overnight, with Oslo at the heart of its modern revolution.

Both of our walking tours of Oslo do a deep dive into the city’s history, as well as taking you around the best things to see in the city. Both our walking tours are also available as Oslo virtual tours and let you explore this northern city from the comfort of home.

Where to Stay in Oslo

Walking around Oslo is a pleasure, and the city also enjoys a fantastic public transport system. Wherever you decide to stay, you’ll never be far from the action.

The 5 Best Areas to Stay in Oslo

First-timers in Oslo should try to stay in Oslo’s Old Town, or Gamle Oslo. Although no longer the city’s main center, Gamle Oslo is where you’ll find the city’s medieval roots. It has a quiet and calm atmosphere and oozes with Norwegian charm. It’s also an easy walk to Oslo’s main attractions. Prices here are moderate to expensive.

Sentrum is the modern-day center of Oslo, buzzing with life, shops, restaurants. Home to the Royal Palace and the Norwegian monarchy, it’s the main tourist area in Oslo. As such, prices can be high, but there’s also a range of different accommodation options for all budgets.

This neighborhood is the focus of our Oslo guided tour, Essential Oslo.

Aker Brygge is a small district on the city’s waterfront, an up-and-coming area that has been transformed into Oslo’s entertainment district. Prices can be high, but the location is stunning. There are countless great restaurants and bars along the water, and on a sunny summer’s day, this is the center of life in the city.

For trendy travelers, Grünerløkka is a fantastic choice. This former warehouse and factory district has been transformed into the city’s modern hub of culture. Repurposed industrial buildings house cool cafés, edgy galleries, and new restaurants. It’s also great for nightlife. Located north of Sentrum, it’s more affordable than the city center as well.

To explore the best of the Grünerløkka neighborhood, check out our fantastic walking tour.

Those traveling with families (or who simply just like a bit more peace and quiet) would do well to stay in St. Hanshaugen. Located west of Sentrum, it’s a calm and leafy area with a big sprawling park at its center. It’s also within walking distance of downtown.

What to Eat in Oslo?

After any Oslo city tour, it’s time to start exploring the city’s flavors. From Michelin star restaurants to warming food carts, this city has got it all. We’ve focused on a few key dishes to keep an eye out for.

Like other Scandinavian nations, hot dogs in Norway are a popular food. Grabbing a quick bite from a food cart, supermarket, or gas station is an affordable way to keep your energy up while exploring the city. Stuffed with beef, pork, or sometimes even reindeer meat, it’s the quintessential taste of Norway. 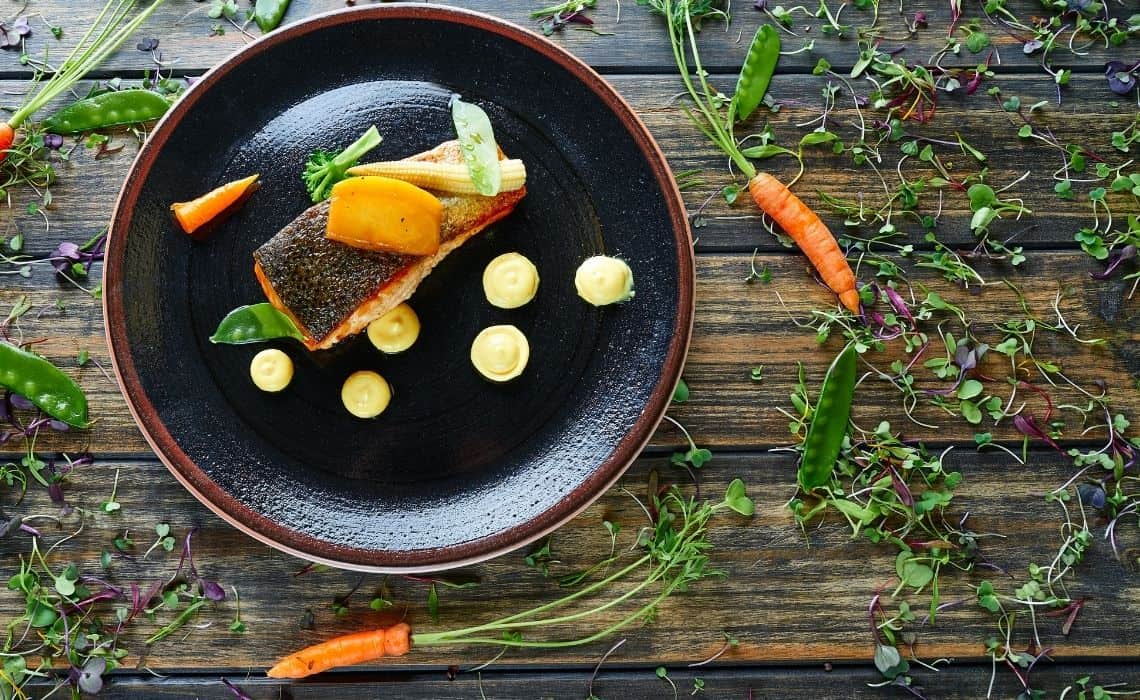 Another great dish to try in the city is its salmon. Norwegian salmon is widely regarded as the best in the world and should be treated as such. Peachy, it’s delicious both on its own or as a topping on a piece of bread generously slathered in butter.

Brown cheese is a popular food in Norway, either acting as the secret ingredient for a hearty stew or simply enjoyed on top of bread. Made from boiled whey instead of fermented and aged milk curd, this cheese is surprisingly sweet and caramelly and can quickly become addictive.

Norway is one of the few countries in the world to regularly feature reindeer on its menus. This rich and gamey meat is enjoyed in stews or as a roast. The Sami people in Norway’s Arctic Circle have herded and hunted reindeer for an age now.

Although not a food, aquavit is a must-try drink when you’re in Oslo. This infamous Scandinavian spirit is distilled from grain or potatoes and infused with herbs – often caraway to give it a licoricey kick. Enjoy it paired with Norway’s richest dishes, like pickled herring or a fatty Christmas roast.

Located just four miles from downtown Oslo, the Bygdøy Peninsula is one of the city’s most gorgeous natural spaces. Home to beautiful beaches, forests, and parks, it’s an easy way to soak up the Nordic nature on offer just outside the city limits. For culture hounds, this is also where Oslo has put some of its most important museums. 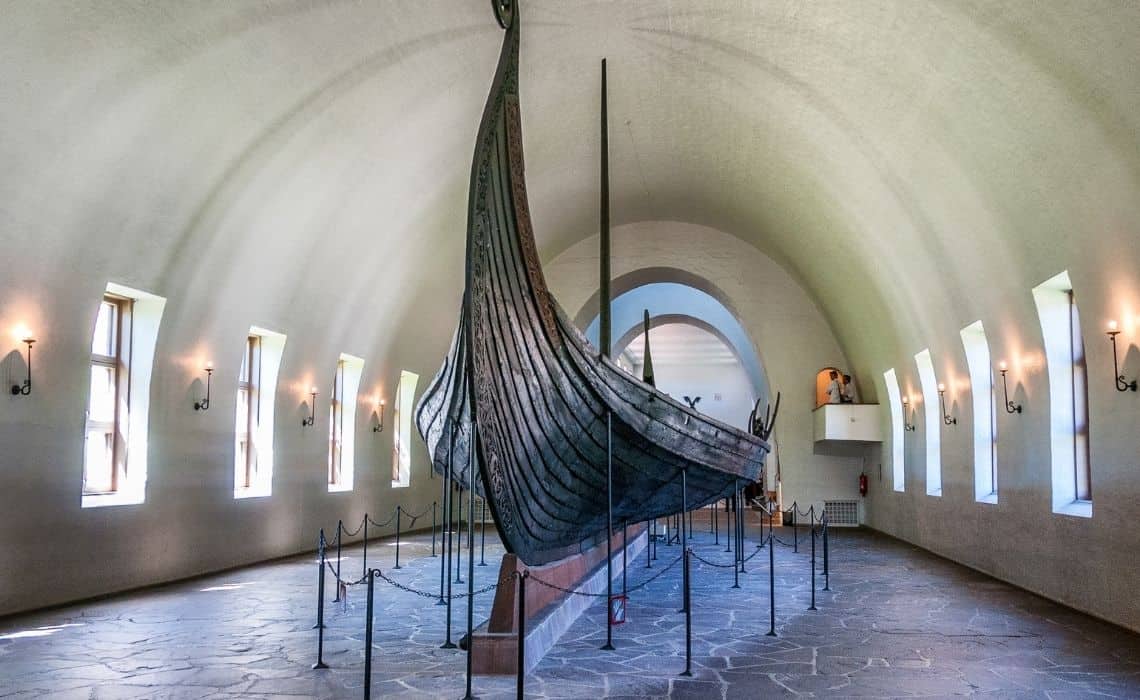 5 Must-See Museums on the Bygdøy Peninsula:

It comes as no surprise to anyone that Norwegians love to ski. If you’re traveling to Oslo in winter, then you’ll want to make a detour to partake in the winter sport. Oslo might be one of the only places in the world where you can hop on board a train and be within some lovely ski slopes in under an hour. The biggest and most popular would have to be the Oslo Winter Park, 40 minutes from the city center. Here, 18 slopes are serviced by 11 different lifts, with difficulty ranging from beginners to more advanced.

No trip to Oslo would be complete without striking out into the gorgeous nature that’s on the city’s doorstep. East of Oslo is the Østmarka wilderness area, a forest made for hiking and biking, while its lake is a superb spot for fishing and swimming. Back in town, hopping on a cruise that leaves from the harbor will let you enjoy all the beauty of Oslo Fjord.

As you can see, there’s a lot to discover in Oslo, from visiting some of Norway’s best museums to exploring its amazing cuisine. To learn more of the city’s history and culture, including from the comfort of home, check out our Oslo walking tours below. 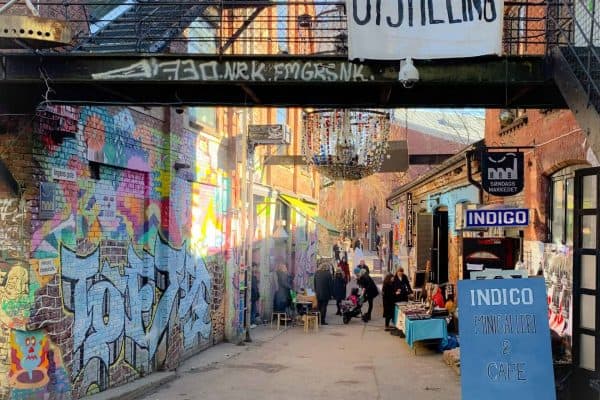 Our Grünerløkka tour will take you to Oslo’s trendiest neighborhood. A former factory district turned into a fashion hub, with laid-back cafes and galleries, Grünerløkka is a colorful mix of old and new. Most of the factories as well as… 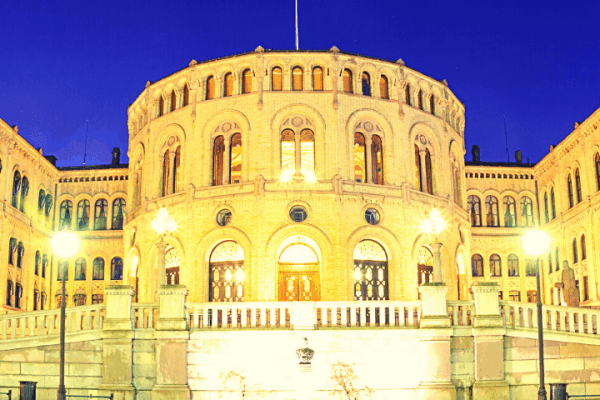 Our Essential Oslo tour will guide you through Norway’s capital, from the oldest existing buildings in Oslo to the most modern architectural landmarks. You will witness a unique combination of old and new, history and culture, as well as nature,…