A Reykjavik walking tour is one of the best ways to discover Iceland’s stylish capital, Viking history, and cosmopolitan culture.

Welcome to Reykjavik, the northernmost capital in the world. Buzzing with life, art, history, and music, visitors are surprised to find such a city in a country as small and sparsely populated as Iceland, but here it is. With colorful houses, a world-class drinking and dining scene, and a fascinating Viking history, Reykjavik will capture your imagination like nowhere else.

At its core, Reykjavik is still a small town. About two-thirds of Iceland’s roughly 360,000 people live in the capital area, and it’s a tight-knit community. Families here can even trace their lineage back to the Saga Age when the Vikings first arrived on Iceland’s shores. History buffs will have a lot to discover, with Reykjavik’s museums covering everything from settlement to the birth of Iceland’s parliament to the beginnings of the fishing industry.

Speaking of fish, Iceland has embraced the New Nordic cuisine trend, and Reykjavik offers a fantastic array of dining options. High-end restaurants are the norm here, serving up tender local lamb, artfully presented seafood, and modern creations that would be at home in New York or London. Then there’s the fast food; this country has a serious love affair with hamburgers and hot dogs, both of which are incredible almost everywhere you go. After dark, the nightlife here gives you a reason to stay up late.

It might be small, but Reykjavik packs a punch when it comes to things to do. The best way to discover it all is with our Reykjavik walking tour. Keep reading for a taste of the information you’ll find out in our tour. 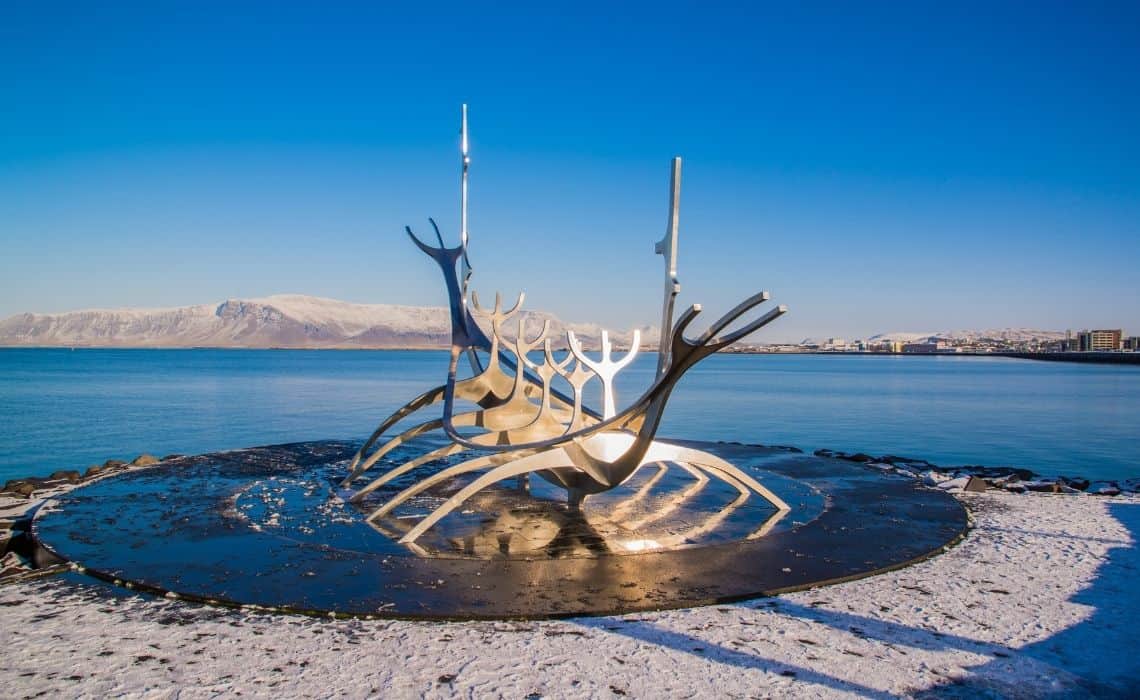 Iceland’s first permanent settler was a man called Ingólfur Arnarson, who built his farm in the Reykjavik area around 874. People had been traveling to the country for several decades before his arrival, and the island was already home to several small groups of Irish monks. However, they were soon driven out by the Vikings’ arrival, most of whom had sailed from Norway searching for a new life after falling out with the King.

As the country was quickly snapped up by the new settlers and divided amongst friends and family, Iceland became a series of different farmsteads, each ruled by a separate chieftain. After fleeing the King in Norway, most were happy with this arrangement, but they soon came around to the idea of a system of governance for the entire country. In 930, the chieftains and their entourages gathered on the plains of Thingvellir and established the Althing – today, the oldest continuous parliament in the world.

The Adoption of Christianity

As Christianity swept across Europe, it firmly divided Iceland’s population into two camps: those who welcomed it and those who were still loyal to the Norse gods. Eventually, it was decided to adopt Christianity officially, but the pagans could still worship their gods secretly. With Christianity came the roman alphabet, allowing Icelanders to finally write down their famous Sagas, which had been oral stories up until then. But it failed to repair the fault lines between Christian and Pagan clans; during this time, feuds between them escalated, egged on by the Norwegian King who hoped to swoop in and control the country.

Civil War and the Growth of Reykjavik

Civil War eventually broke out, with the violence only ending when Iceland became a subject of the Norwegian King. It wasn’t long after that Iceland was absorbed by the Kalmar Union, falling under the control of Denmark. Trade monopolies for Danish merchants meant the Icelanders struggled to escape poverty while the rest of Europe flourished.

Reykjavik remained a relatively small settlement, but that changed with the arrival of Skúli Magnusson and the new allowance of trade charters for Icelanders. Skúli’s wool factories were the first to obtain a trade charter in the country, and thanks to him, work, money, and people began to pour into Reykjavik in the 18th and 19th centuries. It marked the beginning of the city’s explosive growth, eventually becoming the capital of Iceland after the country broke away from Denmark during World War II.

From the Viking Sagas to the modern-day tourism boom, Iceland’s history is a long and fascinating story. The best way to explore it all is on a walking tour in Reykjavik. It can also be done as a virtual tour of Reykjavik, letting you discover the city from the comfort of home.

Where to Stay in Reykjavik 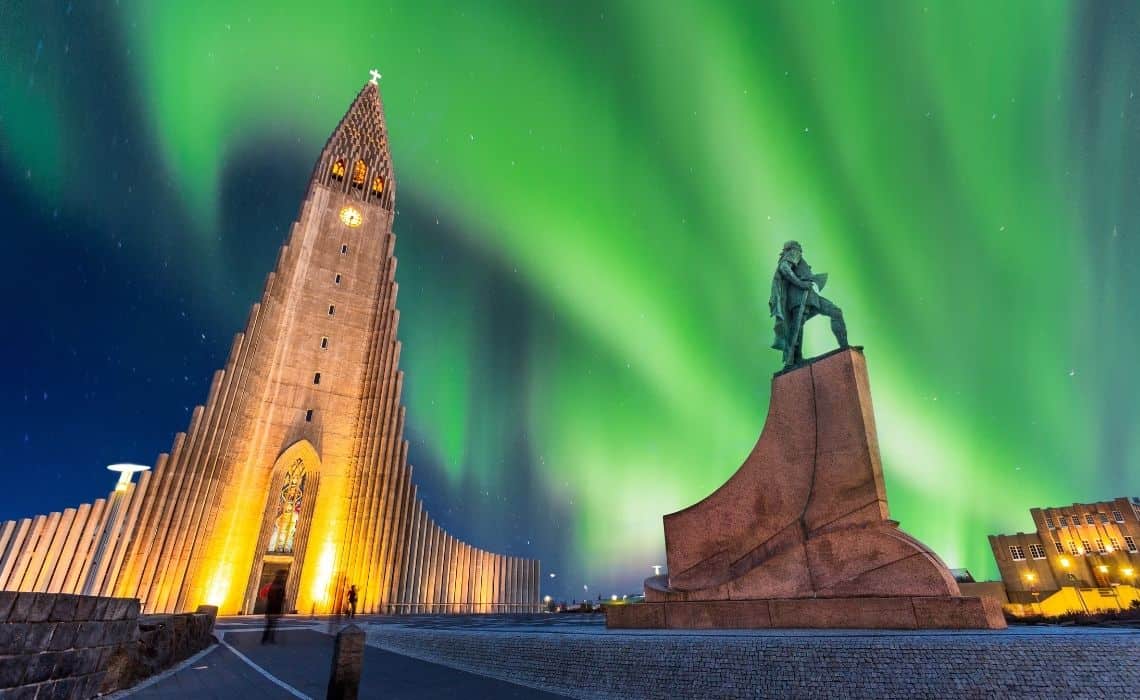 The 5 Best Neighborhoods to Stay in Reykjavik

Downtown Reykjavik is where all the action is and where our walking tour of Reykjavik takes place. As the heart of the city, this is where you’ll find most restaurants, shops, and city sights. Laugavegur cuts right through the middle, the city’s main street that turns into a pedestrian-only zone during the summer. Prices are high, but with a range of options, you can always find a bargain.

At one end of the downtown area is the Hlemmur bus station and food hall. This marks the beginning of the 105 neighborhood, a quiet and residential area within easy walking distance of the downtown attractions. You’ll still feel like you’re in the city, but the streets are more peaceful, and you’ll be well-positioned to explore the local area.

At the western end of downtown Reykjavik, the shops and restaurants taper off as the Old West Side begins. This is a historic residential area with plenty of pretty, wooden homes, quiet streets, and only a handful of shops and stores. The hotels here tend to gather at the far end of the neighborhood near the water, but there are plenty of cozy guesthouses to choose from.

Vesturbær is another fantastic choice of area to stay. Like the Old West Side, accommodation here is mostly in guesthouses rather than hotels, but the bonus is that you’ll get a feel for how the locals live. Literally translating to ‘West Town,’ this area begins where the National Museum is and stretches to the ocean on the peninsula’s western side. It’s also home to Iceland’s main university, Háskóli Íslands. It’s about a 10- to 15-minute walk into downtown.

Finally, Laugardalur is a fantastic choice for those who prefer the outskirts. The big park offers a leafy area to escape, and it’s also home to the city’s biggest swimming pool. Most hotels are congregated a little bit south of the park, along the main road Laugavegur. The area has a bit of a business feel, but regular buses travel into the city, and there are also quite a few restaurants.

What to Eat in Reykjavik?

The 5 Must-Try Dishes in Reykjavik

For the brave souls who want to try some of Iceland’s traditional foods, fermented shark is just about as strange as they come. The harsh conditions of the past meant that Icelanders had to ferment, pickle, and cure just about all their foods, and shark is no exception. Usually served as small cubes, the powerful ammonia smell is very off-putting – you’ve been warned. 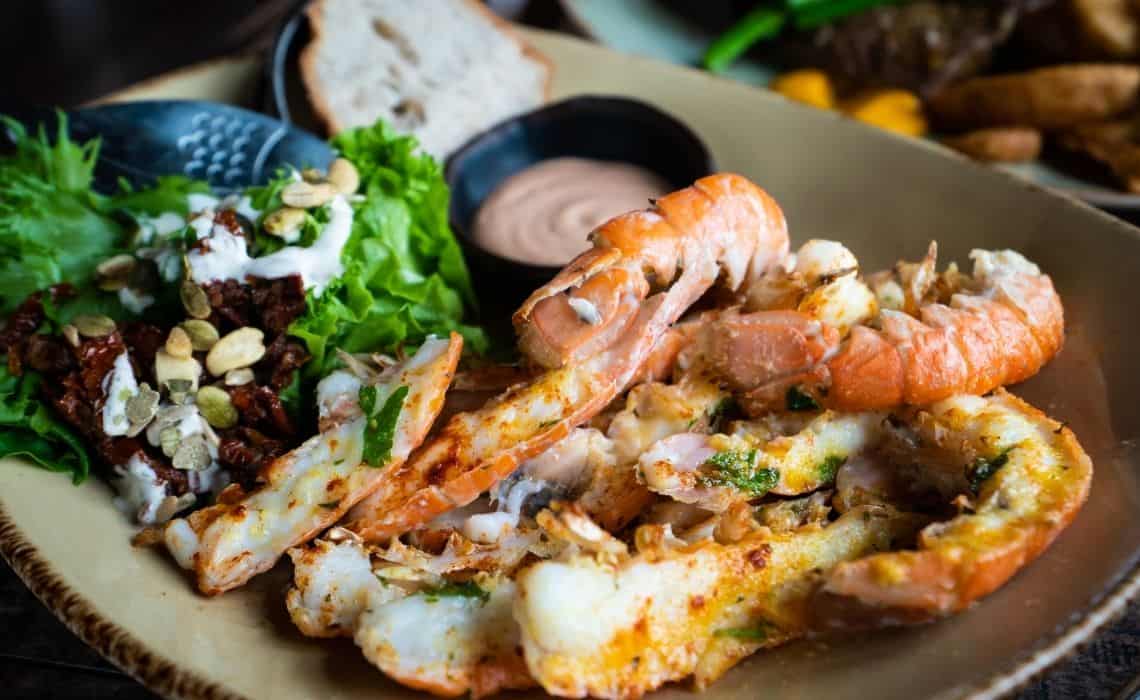 Iceland is a country that has built itself off the back of its fishing industry, and today it’s still one of the largest sources of income for the destination. Sampling some fresh fish while you’re in town is a fantastic choice – you can usually pick up the catch of the day at lunchtime for an affordable price at restaurants everywhere. If you only have a day in Reykjavik, this is the meal to try.

Icelandic hot dogs are famous for being some of the most delicious in the world. Made from free-range lamb with some beef and pork added in the mix, you can find hot dogs almost everywhere across the country. The most famous spot to get one is, of course, in Reykjavik at Bæjarins Beztu Pylsur, also known simply as ‘the hot dog stand.’ Load it up with remoulade sauce, mustard, ketchup, raw onions, and crispy fried onions.

Speaking of that free-range lamb, it’s another popular local dish that’s some of the best in the world. It’s usually the most expensive dish on restaurant menus but well worth trying at least once. The slow-cooked meat is melt-in-your-mouth delicious, as are the lamb chops, lamb meat soup, and every other inventive way the Icelanders decide to serve it.

For dessert, Icelanders are obsessed with their ice cream. Locals love a good serving of ice cream year-round – there might even be a big line outside Reykjavik’s most popular shops when it’s snowing heavily outside. 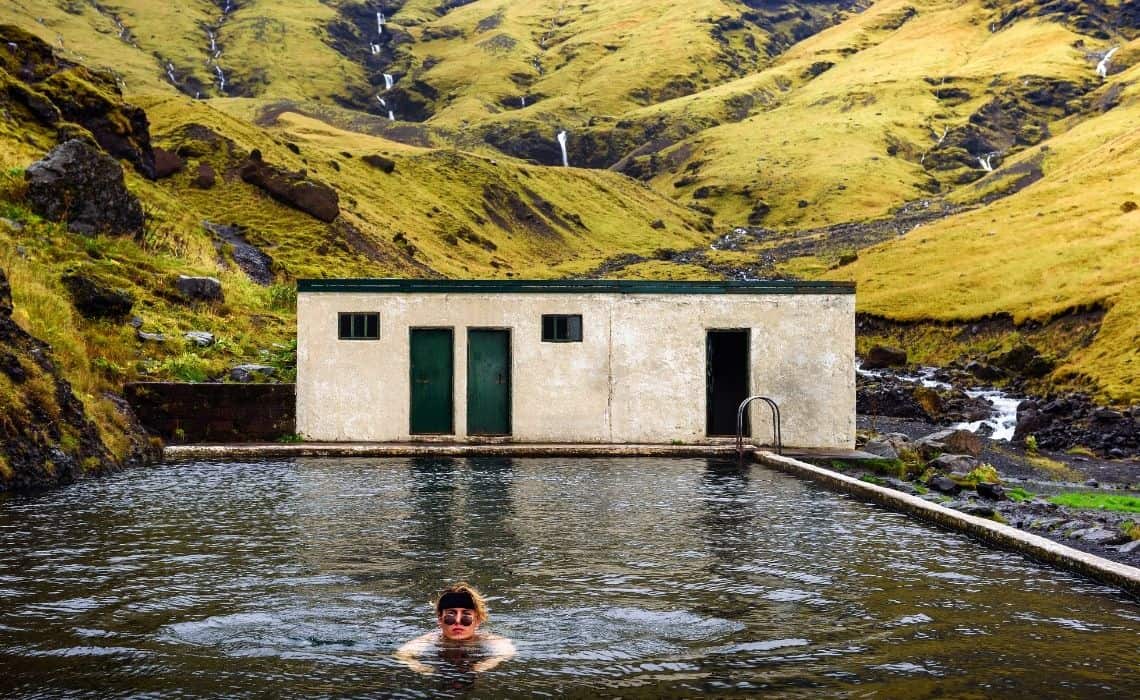 Iceland is a country with an abundance of swimming pools scattered across the country. But thanks to the hot springs and geothermal energy, all these swimming pools are heated and feature a range of bubbling hot tubs. ‘Going swimming’ in Iceland usually means ‘going to sit in a hot tub for a while.’ It’s a national pastime that’s a must-do when you’re in Reykjavik.

The 5 Best Swimming Pools in Reykjavik

Going out for a drink in Reykjavik can very quickly break your budget. That’s why most bars in the downtown area have happy hours. If you’re planning on trying some local beers or just enjoying a drink after your self guided walking tour of Reykjavik, make sure to check out which bars have a deal on at the time. Happy hour at a bar usually extends for several hours and occurs at different times of the day, depending on the venue.

Reykjavik is an interesting city, but travelers to Iceland should escape the city limits for a while to explore the wonderful nature on its doorstep. Iceland is a country made for road trips from volcanic fissures and hot springs to jagged mountains and verdant valleys. The following are designated as day trips but can always be done as an overnight trip as well.

The Best Day Trips from Reykjavik

There’s a lot to discover in Iceland’s cool capital. The best way to learn more is with our Reykjavik walking tour below. 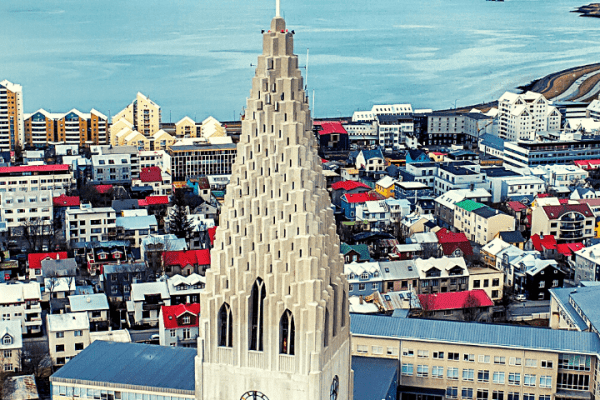 Our tour around Reykjavik will take in the city’s iconic landmarks while also diving into its Viking past. We’ll also learn about the development of Reykjavik and how it transformed from a small farm into the northernmost capital city in…