Welcome to Stockholm, the stylish capital of Sweden. Spread across a spectacular set of islands, it’s no wonder the locals call their home ‘Beauty on Water.’ Bridges crisscross from island to island, each with its own character, feel, and attractions. But it’s the picturesque medieval center Gamla Stan that captures the most attention, with its beautiful web of cobbled lanes and historic buildings vaulting you back in time.

An ancient city this is not. Modern and everchanging, Stockholm is constantly at the forefront of progress in Europe. The latest technological advances come out to play in everyday life, and cutting-edge architecture is just as much a part of the city as its historic sights are. On top of that, the locals also know how to eat well. With a bounty of ingredients flowing into the city from the surrounding water, forests, and fields, the cuisine here is fantastic. There’s a wealth of delicious foods to discover, from world-class restaurants to cozy cafés to traditional food halls.

From Viking history to the friendly and laid-back culture, Stockholm is one of the most vibrant capitals in Europe. Our Stockholm Old Town walking tour will help you find your feet in the city, giving you a great foundation for further explorations.

Born in the Trade Boom

The earliest recorded document that mentions Stockholm dates to 1252 and is widely regarded today as the day the city was founded. With trade increasing across Europe thanks to the German Hanseatic League, it was a time when many new settlements sprang up across the continent. The founder of Stockholm is believed to be a man named Birger Jarl. On all accounts, the new town flourished, growing rapidly thanks to the trade flowing through the area. It also became the de facto center of Swedish politics and royalty.

During the Kalmar Union, when Sweden, Denmark, and Norway were held under one Monarch, Stockholm was one of the most important strategical points of the area. Hotly contested, the city was besieged several times, eventually resulting in Christian II of Denmark taking over in 1520. Declared as the King of Sweden, he then sentenced around 80 councilors, noblemen, and priests to death, known today as the Stockholm Bloodbath. Just three years later, King Gustav Vasa besieged Stockholm, capturing it back from Danish control.

The New Capital of Sweden

The German Hanseatic League had supported Vasa’s rise to power, thinking that he would be easier to control than the Danish. However, it was proved wrong. Upon being crowned King of Sweden, Vasa immediately set about breaking away from the influence of both Denmark and the Hanseatic League. After the Thirty Years’ War between 1618 – 1648, Sweden became one of the leading European powers, and it needed a capital city to match. During this period, many ambitious city plans came to fruition, and the city of Stockholm as we know it took shape.

Since then, Stockholm has endured a great fire, the plague, and a decline in power after the Great Northern War. But thanks to the Industrial Revolution, the city rose to power again, with Stockholm receiving an influx of immigrants searching for opportunities. Modern-day has seen Stockholm turn into one of the more technologically advanced cities in Europe, and today enjoys a very high standard of living.

To discover more of Stockholm’s history, our walking tour of Stockholm offers a fantastic overview of the city’s story and main sights in Gamla Stan. You can also explore a virtual Stockholm via our app, letting you discover the walking tour from the comfort of home.

Where to Stay in Stockholm 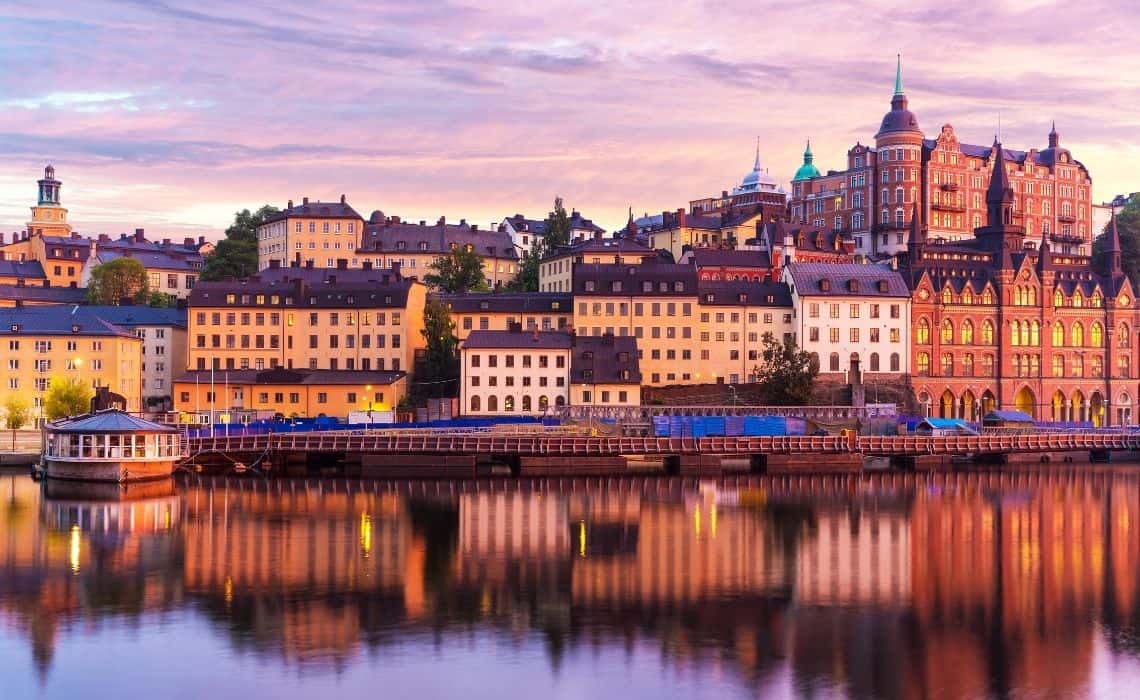 The 5 Best Neighborhoods to Stay in Stockholm

Gamla Stan is a great all-around choice for visitors in Stockholm. It is the historic center of the city and one of the best-preserved medieval quarters in Europe. It’s easy to walk to many of the city’s main attractions, from the Royal Palace to the Stockholm Cathedral. There are plenty of services for tourists, including restaurants, bars, and easy access to the metro and ferries. With one day in Stockholm, this is where you’ll want to explore.

A popular area for young and hip locals is Södermalm, south of the city center. It is one of the coolest neighborhoods in the city, filled with artsy shops and boutiques, cool cafés, and vintage fashion stores. With a convenient location just south of the city center and Gamla Stan, it’s a good choice for your stay with a range of accommodation options. It’s also the location of the popular Stockholm City Museum.

Northeast of the city center is the elegant Östermalm, one of the city’s most exclusive and upscale areas. Despite the posh vibes and expensive houses, it’s still a welcoming place for tourists to stay. There are plenty of fantastic restaurants and bars and some of the best shopping malls and streets in the city. Nightlife here is also excellent.

Just north of Gamla Stan is the area known as Normmalm. Thanks to its fantastic location and great transport links, the city’s central commerce and business district is a great spot to stay. Several museums are within walking distance of the neighborhood, such as the National Museum and the House of Culture, and there are plenty of stores for those looking to do a spot of shopping while in the city.

With fantastic cafés, bars, and restaurants, as well as an abundance of leafy parks and green spaces, Vasastan is an excellent area to stay. Translating to “Stone City,” the architecture here is different from everywhere else in Stockholm, and the neighborhood enjoys a friendly, laid-back vibe. This is also where you’ll find the City Library, the Observatory, and the Jewish Museum, among some other cultural attractions.

What to Eat in Stockholm?

The 5 Must-Try Dishes in Stockholm 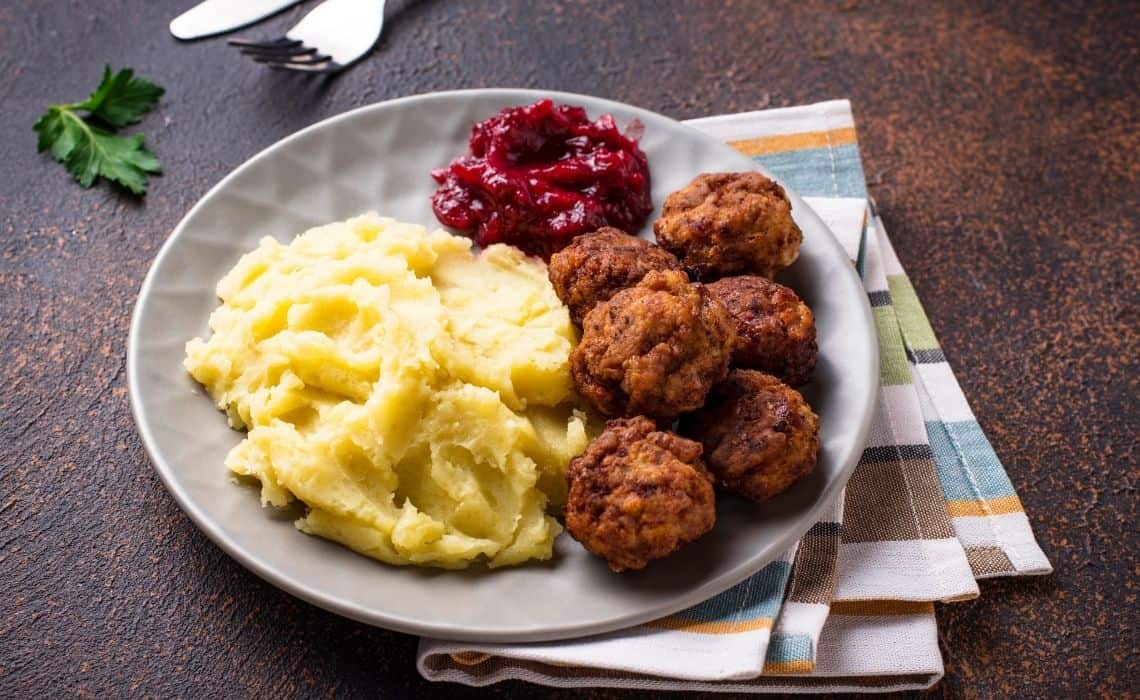 Perhaps the most famous dish in Sweden is its meatballs, a meal just about as popular as they come for tourists in the country. The balls are made from a mixture of beef and pork, served in a rich gravy with mashed potatoes and pickled cucumbers on the side.

A great part about traveling through Scandinavia is the access to some of the freshest fish in the world – and Stockholm is no exception. Salmon is a mainstay on restaurant menus around the city, usually coming either smoked or cured. Whatever you choose, this is some of the most delicious salmon in the world.

Reindeer is one of the more unique things you can try on a trip to Stockholm. The meat is succulent and lean and served at many restaurants across the city. Whether it’s a full-on fillet of steak, some dried reindeer jerky, or a soft pate, there are several different ways you can sample this local flavor.

One of the main staples of Swedish cuisine is herring, so trying some on your visit to Stockholm is a must-do. The most popular way to prepare herring is to pickle it, a tradition that dates to the Middle Ages. There are several flavors to try, such as onion, garlic, and mustard, and the dish is often eaten alongside boiled potatoes, sour cream, and crispbread.

Finally, the Falu sausage is a hearty dish, one that is perfectly comforting on a cold winter’s day. The most traditional way this large sausage is served is by making incisions along the top, stuffing it with onion, cheese, tomato, mustard, and baking it in the oven. Alongside it, you’ll also likely get a nice serving of mashed potatoes – the flavors are delicious. A hearty meal to enjoy after a Stockholm walking tour.

One of the traditional ways to partake in the local culture is by going out for a fika. It means meeting up with friends or family for a cup of coffee, a pastry, and a piece of cake. Stockholm is overflowing with cafés that are perfect for fika, loaded with character and a mouthwatering selection of baked goods. 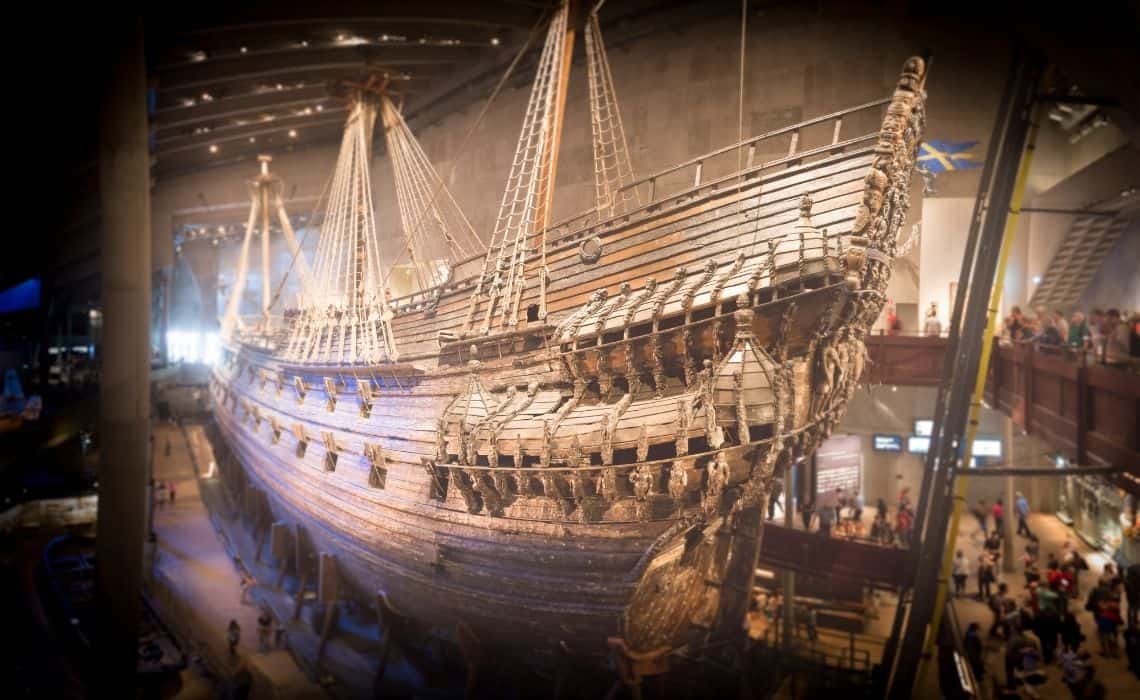 Probably the most popular museum in Stockholm is the Vasamuseet. Purpose-built around the Vasa Warship, it’s a fascinating look at one of Sweden’s most interesting stories. The warship was first built in the 17th century, whose maiden voyage in 1628 was widely celebrated. The vessel sank within minutes of setting sail, and many of those on board at the time drowned. In 1961, the warship was raised from the bottom of the bay, painstakingly restored to its former glory inside the museum. Displays also delve into life onboard ships at the time, naval warfare, and the world of sailing and navigation in the 17th century.

Swedish design is known the world over – this was, after all, the country that gave us IKEA. The style here is sleek and minimalist, and the city is bursting with fantastic design shops for you to pick up some souvenirs or get inspiration for your own home.

To discover the history of Sweden’s capital, check out our Stockholm Old Town walking tour below. 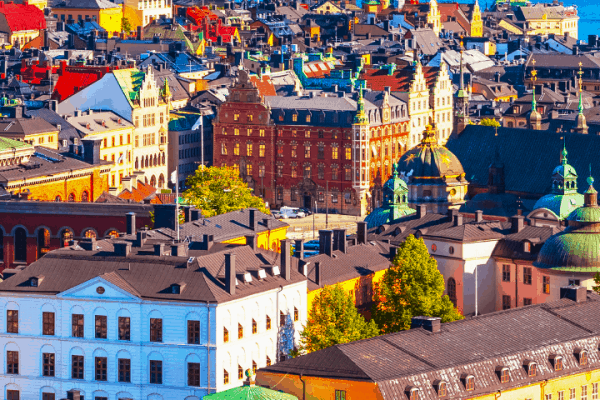 Our tour is a loop around Stockholm’s Gamla Stan, famous for its well-preserved and medieval buildings and charming cobbled streets. We’ll explore the history of this area from the Vikings to the present day.