A walking tour of Copenhagen is the best way to reveal the architecture, Viking history, and incredible sights of Denmark’s capital.

Copenhagen, the capital of Denmark, is as cool as they come. This hip city is on the cutting edge of green technology, enjoys a high quality of life, and is rich in history and culture.

Denmark’s history might be intertwined with the Vikings, but Copenhagen only began after they’d hung up their axes. Still, the city remains at the center of Scandinavian history. It is a fantastic destination to jump into the stories of Viking wars, alliances, and trade between Denmark, Norway, and Sweden. From Viking treasures to world-class galleries to fascinating museums, Copenhagen is one of the best destinations to understand Denmark and the wider region.

When you’ve had your fill of culture, art, and history, it’s time to enjoy Copenhagen’s other strength: its food. Home to the New Nordic cuisine, there are more Michelin-starred restaurants here than in any other Scandinavian capital. Today, chefs continue to flock to the city to open restaurants, creating a dining scene that’s modern, daring, and delicious. But the best part is that most of them focus on organic, sustainably sourced ingredients from greenhouses or nearby farms. But don’t forget the classics: things like hot dogs, open-faced sandwiches, and plenty of fresh fish mean that there’s almost no end to the foodie delights in Copenhagen.

If there’s one thing above all else that you’ll notice in Copenhagen, it’s just how darn happy everyone seems. This is one of the world’s most livable cities, with enviable urban planning, a fantastic work-life balance, and a strong focus on sustainability in food, design, and tourism. The streets are kept sparkling clean, and the locals seem to know how to live the good life. After your walking tour of Copenhagen, cozy up in a café and experience the Danish concept of hygge, and you’ll see just what we’re talking about.

Although there’s some evidence of a settlement where Copenhagen stands in the Stone Age, and historians believe that there was a small Viking settlement in the area s well, Copenhagen as a city didn’t get its start until 1167. It was then when the Bishop Absalon of Roskilde completed his castle on the island of Slotsholmen, which marked the beginning of Copenhagen as a place of growing importance. Over the next two centuries, the settlement around the castle grew, with residents drawn in thanks to an abundance of fishing and trade.

With Copenhagen growing in stature and importance thanks to its healthy trade, it became a prime target for the Hanseatic League of Europe. After a couple of sieges, it eventually took control in 1368. To counter their influence and their growing power, in 1397, Denmark, Norway, and Sweden banded together under one banner: the Kalmar Union. The leader of the Union, Eric of Pomerania, moved his seat to Copenhagen Castle, and the city became the capital of Denmark and seat of government for the entire Kalmar Union.

Jumping ahead to the 16th and 17th centuries, the Kalmar Union had dissolved, but Copenhagen remained a powerful capital city. Prospering from increased trade flowing in from the Baltic, there was dramatic growth during this period. The stock exchange was created in the early 17th century, and the East India Company was founded to increase international trade further. More castles, towers, and an armory were also built, fortifying the city and solidifying its status as the capital of Denmark and Norway.

Like many other destinations in Europe, the World Wars have left their scars on Copenhagen. During the first world war, Denmark remained a neutral party – and Copenhagen flourished thanks to the trade with both Britain and Germany. During World War II, however, the city was occupied by Nazi forces. Jews in Copenhagen fled to Sweden, and the city wasn’t liberated until near the end of the war in 1945. Copenhagen has undergone a tremendous recovery in the post-war decades, and today is one of Scandinavia’s biggest hubs of trade, travel, and industry.

Copenhagen’s long and rich history is an interesting story, and dipping your toe in is essential when it comes to understanding modern-day Copenhagen. Luckily, our Copenhagen walking tour delves into the extensive story of Denmark’s capital in detail, all while visiting its most important sights. It’s also available to do as a virtual tour of Copenhagen, letting you explore this wonderful city from the comfort of home. 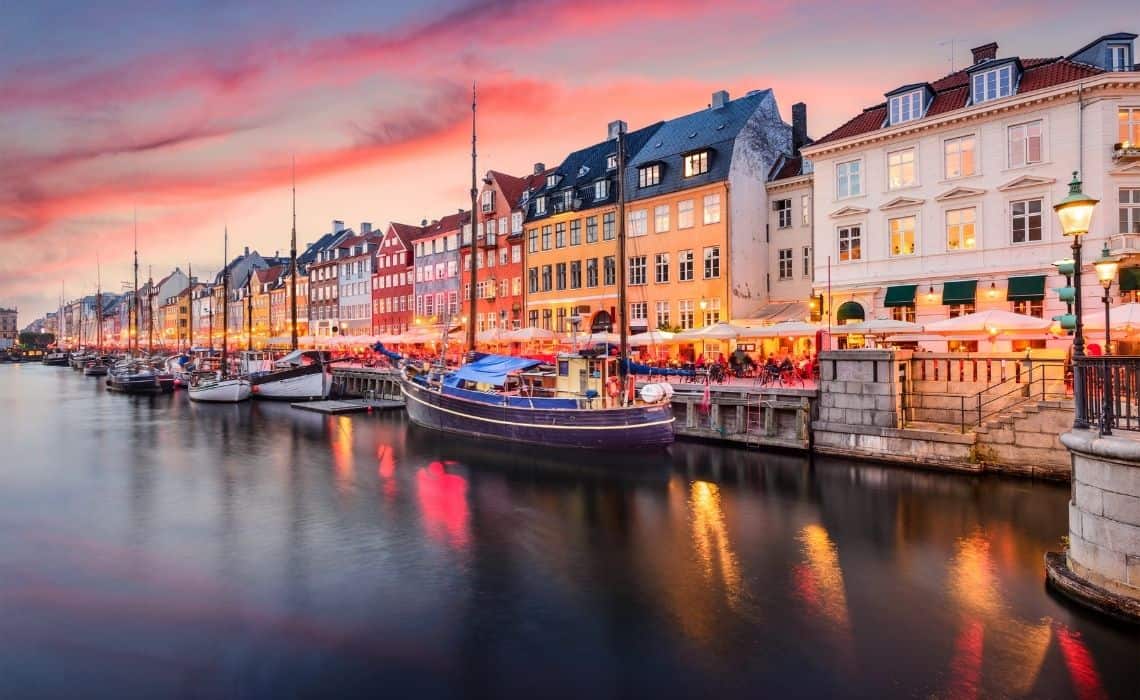 Where to Stay in Copenhagen

The 5 Best Neighborhoods to Stay in Copenhagen

First-timers in Copenhagen would do well to stay in Indre By, or the city center. This is as central as it gets in Denmark’s capital, with an abundance of restaurants, bars, and shops on offer. Medieval streets are home to world-class museums and gothic churches, palaces, and shops. This is where most of our self guided walking tour of Copenhagen takes place.

For a bit more of an alternative and hipster neighborhood, Nørrebro is a fine choice. This multicultural area has something for everyone, from second-hand stores to Michelin-starred restaurants. The Nørrebro Theater also hosts the city’s best musicals and plays, while the Assistens Cemetery is where you’ll find the grave of Hans Christian Andersen.

Vesterbro is west of the city center, an area known today for its artsy vibes and raucous nightlife. It’s a great mix of value for money, location, and things to see and do. The famous Tivoli Gardens are easily accessible, as is Copenhagen’s Central Station. If you do choose to stay in Vesterbro, make sure also to check out the shopping street Værnedamsvej.

If you’re a family traveling to Copenhagen, the best area to stay is in Østerbro. North of the city center, this laid-back and residential area of the city has fantastic vibes while still being within walking distance of the city’s main attractions. There are also plenty of leafy parks to enjoy, and of course, plenty of local restaurants, bars, and bistros to choose from. All in all, this is a good choice of where to stay in Copenhagen.

Finally, staying in Christianshavn is a good idea if you’re after an alternative experience. This artificial island is covered in big trees and lined with canals, with the streets home to some of the city’s finest restaurants and outdoor cafés. The distinctive liberal atmosphere is encapsulated by the area’s most famous attraction, Freetown Christiania: an independent commune famous for its alternative approach to living, marijuana, and government.

What to Eat in Copenhagen? 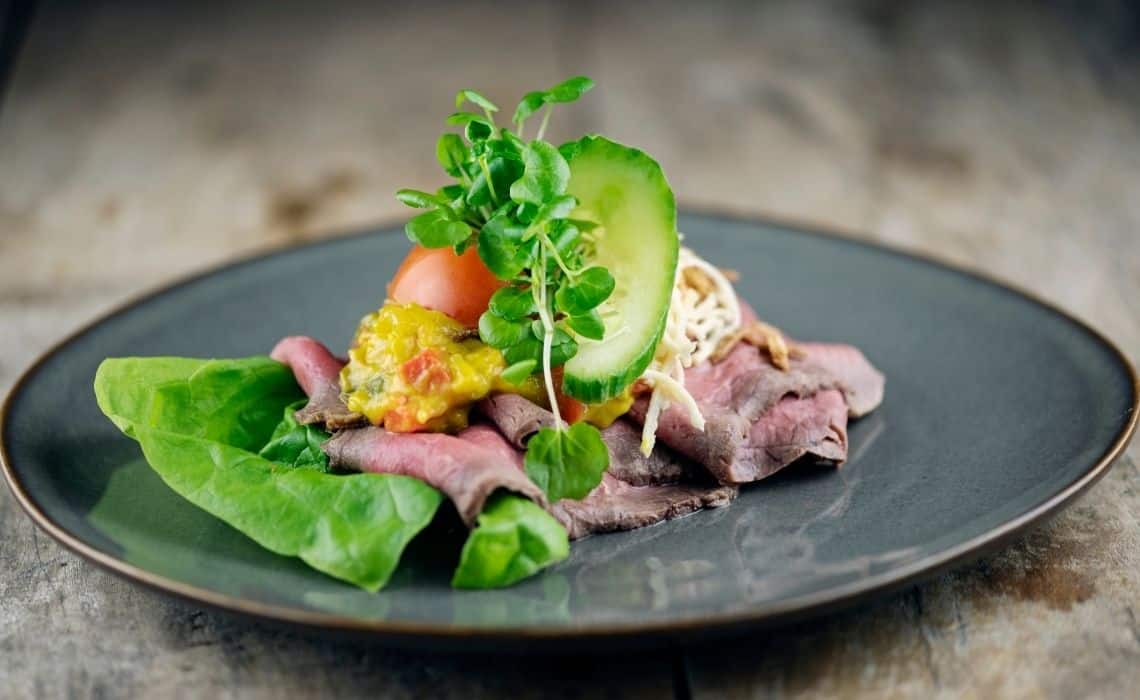 Smørrebrød is the number one must-try dish while in Copenhagen – and there are many different options to choose from. This open-faced sandwich originally started as a meal for the local farmers, but today, it’s served everywhere, from street food stalls to high-end restaurants. The slice of rye bread is served with either fish or meat, loaded with fresh vegetables, and finished with sauce. There’s an almost endless variety.

Another classic Copenhagen dish is the rød pølse, or red sausage. You’ll more than likely try it on a hot dog, sold at food carts around the city. It usually comes in a fresh bun with ketchup and mustard on top and some onion and pickle relish, although different pølsevogns (sausage wagons) have their various specialties. It’s a great snack after any Copenhagen city walk.

This is Scandinavia, so there’s no escaping the herring while you’re in the city. This traditional food has been around since the Viking era and is most often served with some rye bread, a healthy dob of butter, and a side salad. The herring itself will either be pickled or marinated.

Another fresh fish on the menu in Copenhagen is the salmon. Denmark has a bounty of lakes and rivers filled with salmon, and it’s some of the highest quality in the world. Again, it’s more often served on top of a slice of rye bread.

Durum Shawarma in Copenhagen? You bet. Thanks to Denmark’s immigration policy in the 60s and 70s, thousands of people from the Middle East moved to Copenhagen, with many of them establishing restaurants. Today, there are many different places to choose from around the city, and the quality is great. 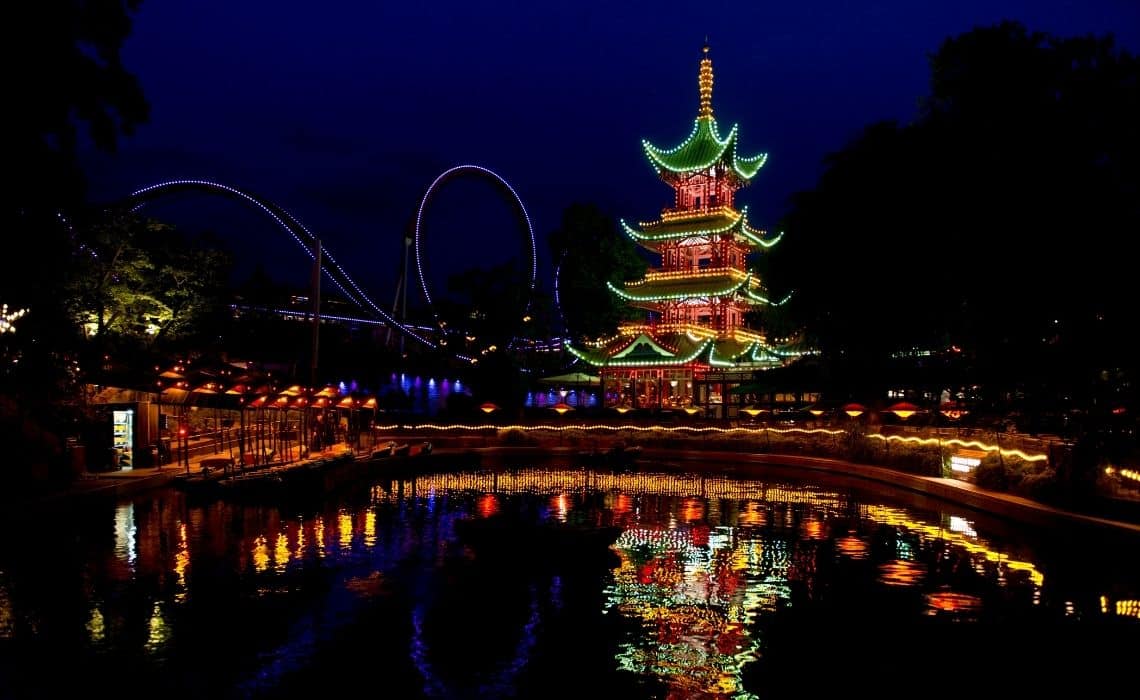 At the heart of Copenhagen lies one of its most iconic attractions: the Tivoli Gardens. Said to have inspired Walt Disney in his day, this amusement park goes above and beyond many others worldwide. Yes, there are rides, games, and fairground stalls, but there are also fantastic restaurants, open-air stage shows, concerts, and more. Dating to 1843, make sure to check out the gardens after dark, when thousands of twinkling lights create a fairytale atmosphere.

Copenhagen runs a tight ship, which goes for the city streets’ cleanliness – and its water. If you’re visiting in the summer, a popular thing to do is to jump into the harbor for a refreshing dip. If you’re feeling particularly brave, you can jump in during the winter as well – although only for a few minutes.

One of the city’s most interesting aspects is Freetown Christiania. After World War II, when the military moved out of the barracks, people began to trespass into the uninhabited area. Eventually, it was declared as a free town in 1971, independent of Denmark. Visiting today is an interesting experience – there’s an open cannabis trade on Pusher Street and plenty of eco-restaurants, galleries, and music venues, all created and run by the residents themselves. It’s important to abide by the rules, though, plastered on signs at the entrance. A Christiania tour is run by locals daily, both in Danish and English.

From its fantastic food scene to its fascinating history, there’s a lot to love about Copenhagen. Discover it all with our walking tour of Copenhagen below. 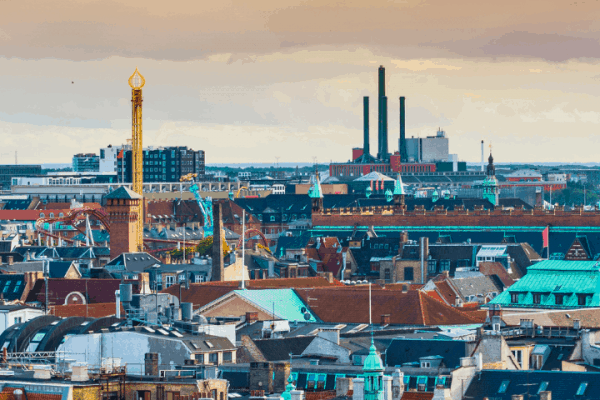 Beginning with the iconic statue of The Little Mermaid, our tour mixes the beauty of art with the country’s history of war. We will show you a 400-year-old citadel, the best art museum in town and end with the stunning… 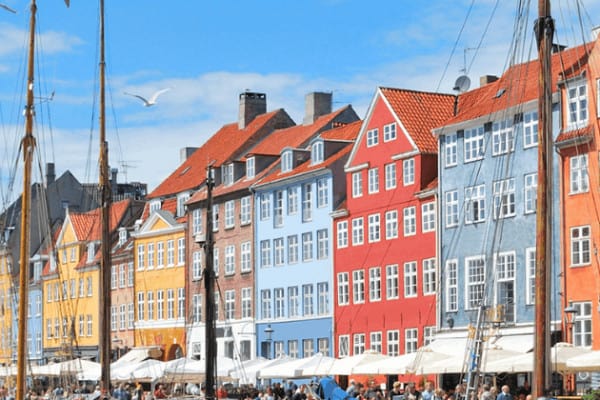 If you have always been curious about the kings and queens of Denmark, then our tour is the perfect choice for you. Beginning at Rosenborg Castle, the summer residence of Denmarks most infamous king, this tour leads you through some…