Welcome to Helsinki, the buzzing capital of Finland. With a world-class design scene, a lovely laid-back culture, and boundless nature on its doorstep, this city is one of the coolest in Scandinavia.

As the capital of a relatively young country, Helsinki has come a long way in a relatively short time. From its independence in 1917 to hosting the Olympics in 1952 to a European Capital of Culture in 2000, it has continued to impress on the international stage. But by far its most famous export is its design scene; the city has creativity bursting out of its seams, culminating in the famed Design District, where galleries, artist workshops, and creative boutiques display the end products.

Like its design, architecture also plays a big role in the character of Helsinki. At first, influenced by 19th century Russia, the buildings have taken a different turn since independence. Today, modernism, functionalism, and Art Nouveau take center stage, spanning minimalist Olympic buildings and the more striking, modern-day constructions.

The culture in the city is welcoming. The locals love to steam in the famed Finnish saunas, while the stunning natural spaces on the city’s doorstep keep the locals active year-round. If you’re excited to discover the history, culture, and sights of Finland’s capital, a walking tour of Helsinki is the best way.

Many are surprised to learn the King of Sweden founded Helsinki in 1550. The Baltic Sea held a bounty of fish, promising riches to whoever could control it. Tallinn, then called Reval, and a part of the Hanseatic League, dominated trade at the time. Helsinki was supposed to consolidate trade for the Swedish Empire in the area, but the settlement never really achieved its calling thanks to Sweden acquiring Reval in 1561, causing the crown to lose interest.

In the early 1600s, the center of Helsinki was moved south to its current location, where the harbor was supposed to attract more traders. However, the plan failed to attract new merchants, and the city was still growing only slowly. In the 1700s, Russia’s influence in the Baltic was increasing, and Sweden decided to construct the Suomenlinna Maritime Fortress, which began in 1748. Although it drew more growth to the town, ultimately, it didn’t stop Russia’s advance across the region; by 1809, all of Finland was conquered and under Russian control.

Russia decided to move the Finnish capital from Turku to Helsinki, as it was believed that the small town was further out of reach from Sweden. A long period of development soon began, with plans drawn up to turn Helsinki into a protégé of St. Petersburg. During this time, many of Helsinki’s most important buildings were constructed, from the Government Palace to the Helsinki Cathedral. By the 19th century, Helsinki had become the financial and cultural center of Finland.

Independence and the 20th century

At the turn of the 20th century, Finland was growing more dissatisfied with Russian rule. When the Russian Revolution swept across the country in 1917, Finland took its opportunity to declare complete independence, sparking a civil war across the country that lasted for three and a half months. Since then, despite some bombings during the Winter War and World War II, the city has grown into a savvy capital city and continues to impress today with its world-class design, warm culture, and stunning nature.

The story of Helsinki is a unique one in Europe. To delve into the full picture, our Helsinki walking tour is one of the best ways. If you feel like traveling from the comfort of home, a virtual Helsinki tour is also available via our walking tour app.

Where to Stay in Helsinki

The 5 Best Neighborhoods to Stay in Helsinki

Kluuvi is Helsinki’s central downtown neighborhood and a fantastic area to stay to enjoy the best of the city. This area is within easy walking distance of all the city’s famous attractions and central train station. Pedestrian-only streets mean that there’s plenty of life and entertainment and a wealth of restaurants to sample. It’s also here where most of our Helsinki tour takes place.

Right next to Kluuvi is Helsinki’s other central neighborhood, Kamppi. Just as lively, it’s another fantastic choice for those who like being close to all the action. It’s also within easy walking distance of the city’s main attractions and has plenty of restaurants and bars to sample. It’s home to over half of Helsinki’s live music venues, making it a great option for those who would like to check out the local music scene.

East of the city center is where you’ll find Kallio, a budget-friendly neighborhood that’s great for younger travelers and those looking to get a glimpse of residential life in Helsinki. It’s an area known for its bohemian vibes, student population, and many Finnish saunas. There are also plenty of trendy restaurants and bars to choose from, a popular flea market, and an annual block party that’s one of the biggest events in the city.

Punavouri is Helsinki’s Design District, making it one for those who are looking to explore the city’s art, architecture, and local crafts. Design shops are littered liberally throughout the streets, and old industrial buildings have been transformed into craft beer bars and cafés. It’s an area that also boasts some of the city’s boldest, most creative restaurants, making it a great base for foodie travelers as well. 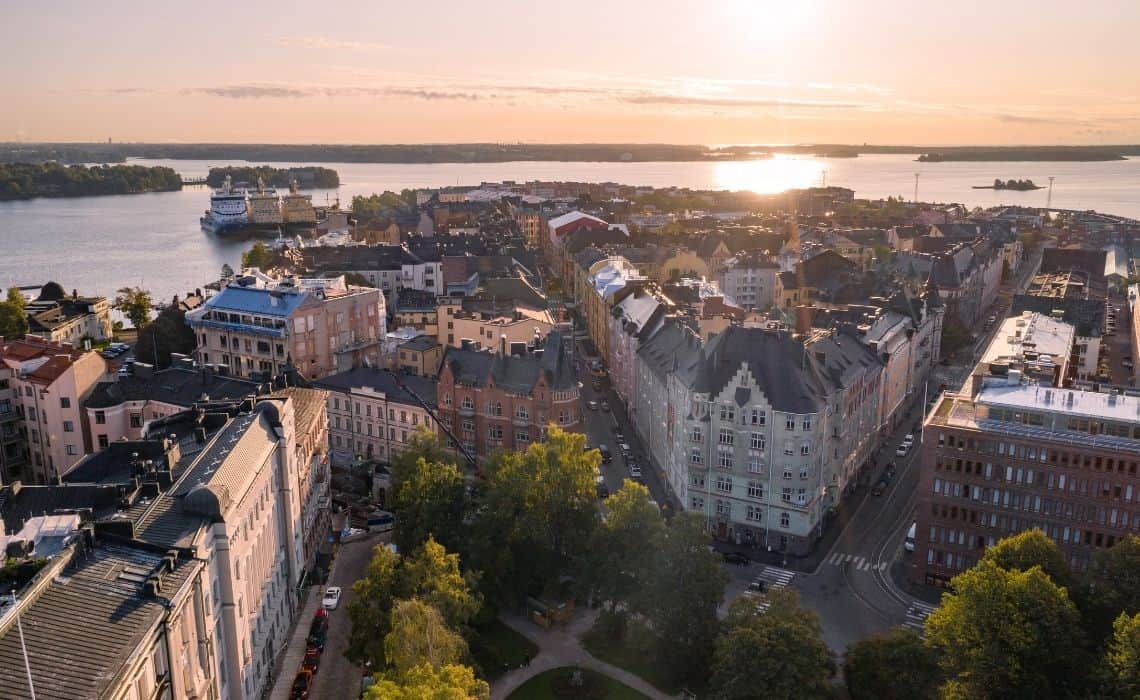 If you’re wondering where to stay in Helsinki with your family, look no further than Katajanokka. This is a quiet, residential island just to the east of downtown, with several tram lines providing access to the rest of the city. Quiet, leafy, and peaceful, it’s a good look at the local lifestyle of most city residents. This is also where the ferry leaves for Estonia or Stockholm.

What to Eat in Helsinki?

Karelian pies are one of the absolute must-try foods while in town. Like pizza and Italy, no visit to Finland is complete without sampling this breakfast pastry. A thin crust of rye bread holds together a mixture of rice, butter, and boiled egg inside. There are plenty of handmade options to try around Helsinki.

A complicated name for a simple dish, kaalikääryleet is a cabbage roll stuffed with minced meat, rice, and onions. It can be eaten as a snack on its own or as a full meal alongside mashed potatoes and lingonberry jam. The perfect accompaniment to a self guided walking tour of Helsinki. 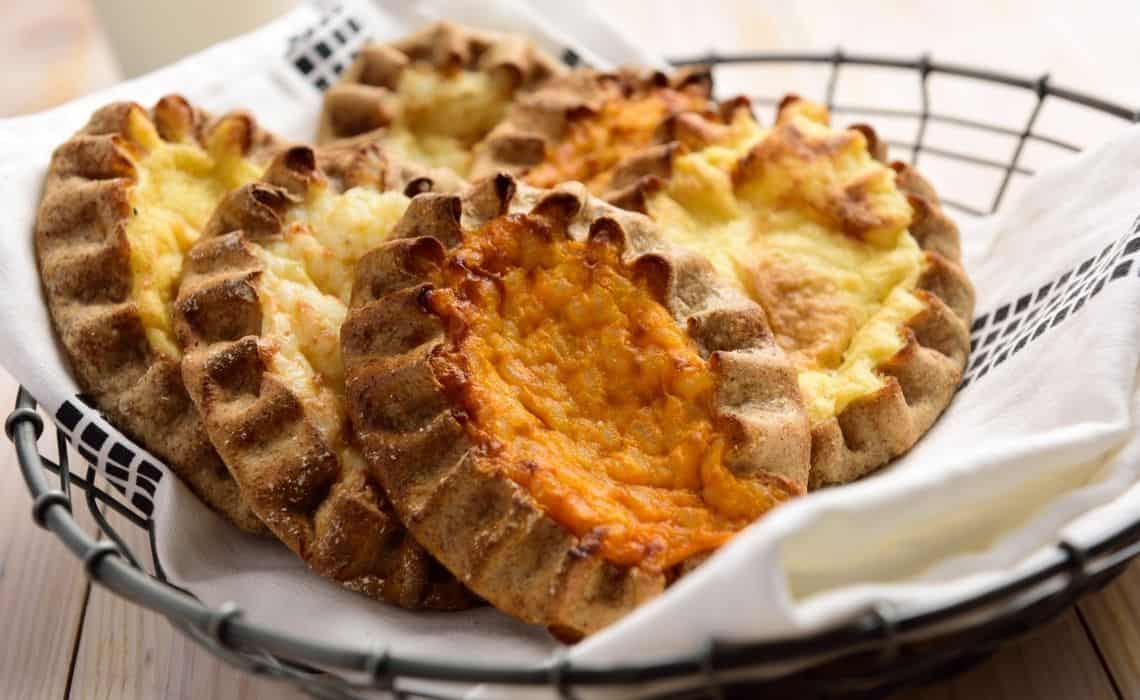 There’s no escaping the bounty of herring on offer in restaurants around Helsinki. Plucked fresh from the Baltic Sea daily, this is one of the most popular dishes in the city – there’s even a herring festival in October of every year. Besides restaurants, you’ll find the freshest herring for sale in the Old Market Hall by the harbor.

Another dish on many a menu in Helsinki restaurants is reindeer. A traditional food in the country, it’s a hearty meal regularly served with mashed potato, cranberry jelly, and some vegetables. The dish is said to be as good for you as eating fish, loaded with omega 3 and other important nutrients.

Prepare your tastebuds because nowhere does salted licorice quite like Finland. It’s an unusual flavor and not very popular outside Scandinavia, but it’s worth trying at least once. If you acquire a taste for it, you’ll never look back.

Scandinavian design is big business, and especially in Finland. Helsinki is, of course, the buzzing creative hub of the country; most of it is centered in the city’s Design District (Punavouri) just south of the downtown area. Explore a little, and you’ll turn up plenty of small boutiques, creative galleries, and busy workshops filled with the creative locals doing their thing. Don’t forget to check out the Design Museum, one of the finest in the world.

The Aurora Borealis in Helsinki

If you’re keen to catch the northern lights dancing across the sky, then Helsinki also delivers. The best time to visit for this incredible sight is when the nights are dark, the weather is still relatively clear in September to October or February to March, giving you a better chance to see them than in the dark winter months. 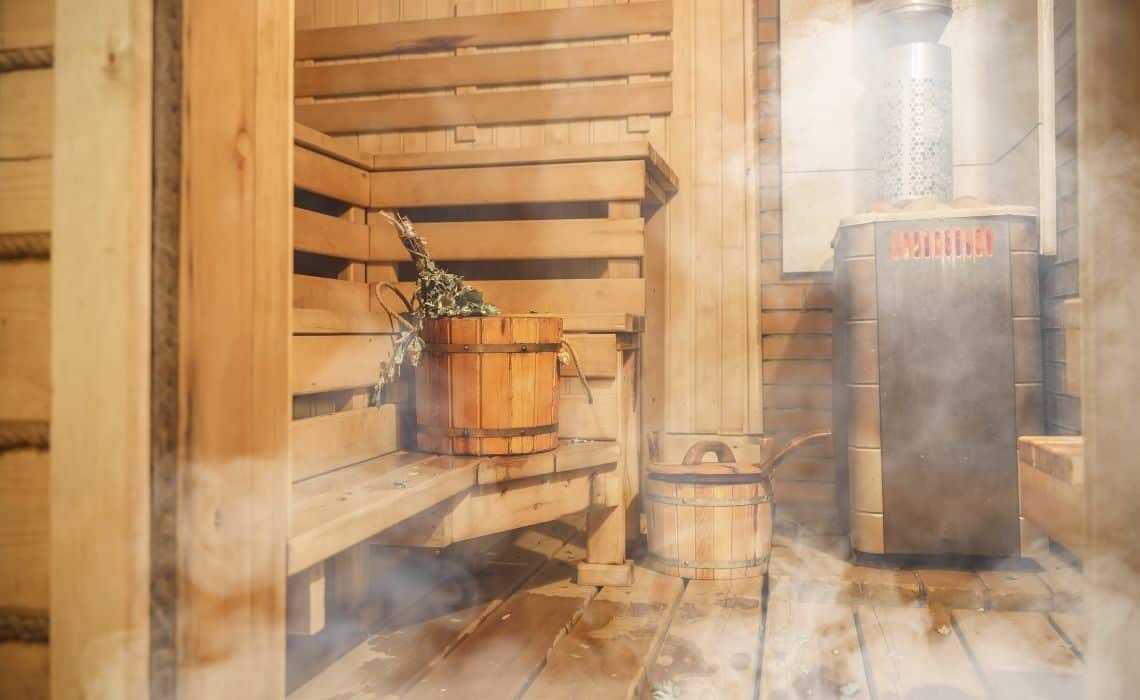 One of the biggest parts of Finnish culture is its saunas. Locals regularly jump in these steamy rooms to relax or meet with friends, while rumor has it that many a pivotal political decision has been made in these steamy rooms. There are plenty of different options to choose from in Helsinki, each with its own character.

The 5 Best Saunas in Helsinki

For such a small city, there’s a lot of ground to cover in Helsinki. Make sure to check out our walking tour of Helsinki below to get your bearings and set yourself up for further explorations into Finland’s stylish capital.

On our tour through the heart of Helsinki, we’ll explore the capital’s most captivating sites. We’ll give you a taste of Finland and show you what made Helsinki the 'White City of the North.'