Explore London with Sherpa Tours. Learn about its history, districts, food, and insider tips, before taking one of our exclusive, self-guided London walking tours.

There’s an old saying: “one who’s tired of London is tired of life.” Traditional yet quirky, grand yet millennial, multicultural yet distinctly British.

London’s urban landscape is famously varied. From the grand imperial sights of Westminster and the ramshackle migrant hubs of East and South London to Chelsea or Kensington’s chic elegance. Royal palaces and glorious parks coexist with thrift shops, techno clubs, and bookstore cafés.

Historic buildings like Westminster Abbey, Big Ben, and the Tower of London face-off with modern wonders like the Shard and the Gherkin. The red and black of its iconic buses, taxis, post and telephone boxes are bastions of tradition in an ever-changing metropolis.

Finance and business capital, a hub of world cuisine, and a tourist Eldorado, London is magnetically electric. You’ll find it difficult to leave.

But in the meantime, welcome to the city, and welcome to Sherpa. Before taking one of our self-guided London walking tours, here is an overview of what you should know about the glorious British capital.

The History of London

London stretches back 2000 years to the Romans. They called it Londinium and established an outpost on the north side of the River Thames. The administrative center developed into a classic Roman city until it was abandoned in the early 5th century.

The Roman walls delimited the city right up to the Medieval era, where London festered as a cramped and dirty port city with narrow streets and timber houses. It was prone to devastating epidemics, most famously the Black Death in the mid-14th century, which decimated two-thirds of the city’s inhabitants.

The Medieval era gave way to the Early Modern Period, famous for monarchs like Queen Elizabeth I and Henry VIII.

The Protestant Reformation, notoriously associated with the Tudor King and his five wives, also paved the way to the Gunpowder Plot of 1605. Had it not been foiled, the Houses of Parliament would have been blown up by a group of disgruntled Catholics.

In 1666, the Great Fire of London 1666 devastated the capital. A small fire that started in a bakery spread due to unfortunately powerful winds, flattening 13 000 houses and forcing officials to completely rebuild the city in brick and stone.

Epicenter of the British Empire

By the end of the 18th century, trade and commerce made London the world’s busiest port city and banking capital.

It retained its historical separation of commerce and politics. East London was dedicated to commerce and finance with The City of London, built on Rome’s Londinium.

West London was home to Westminster, the political nucleus of the British Empire. You can delve into Westminster’s iconic landmarks and buildings on a Westminster walking tour.

The Victorian era saw significant industrialization and urbanization. Hundreds of thousands of rural Britons flocked to the city to work at the docks, factories, mill sites, and industrial technologies that epitomize the era.

In the dark, narrow streets of Whitechapel, East London, Jack the Ripper preyed on his victims before defiling them. You can learn about the gory mystery on one of our self-guided London walking tours. 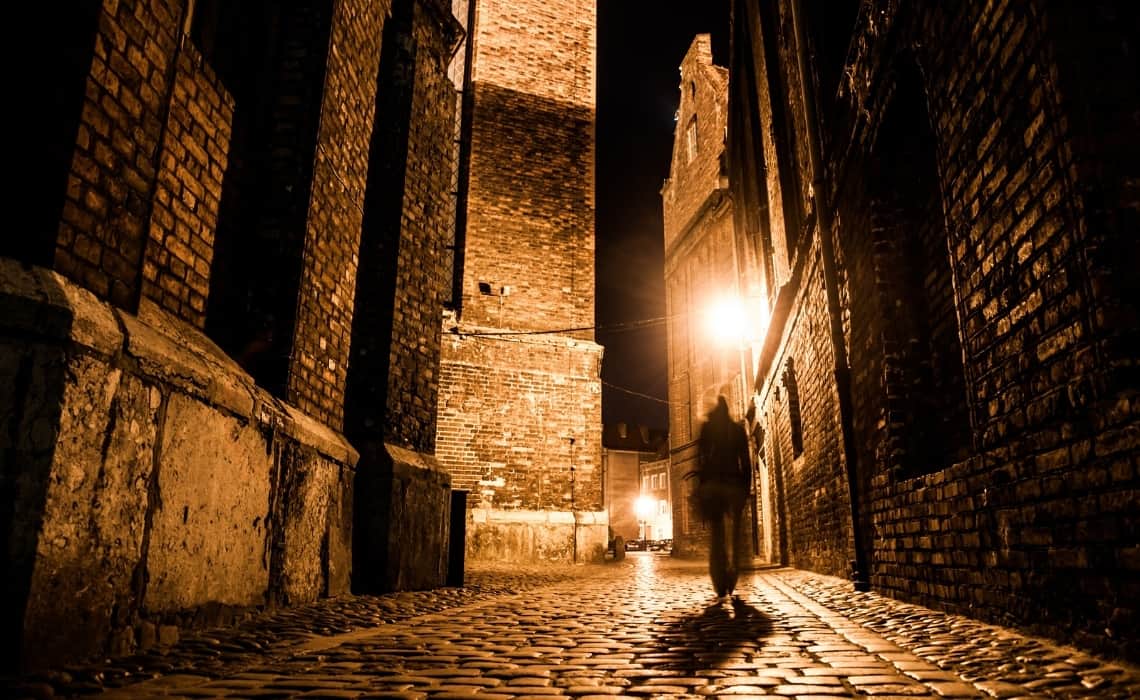 London’s population ballooned during the Victorian era. From 1 million at the start of the 19th century, London reached 8.2 million people at the dawn of WW2.

The capital suffered heavily during WW2. Intense bombing by Nazi German planes shattered the city as the Royal Air Force repelled the invading Luftwaffe. The Battle of Britain caused hundreds of thousands of deaths and reduced most of London to rubble.

Decolonization and post-war bankruptcy meant the rebuilding of London was a slow affair. The population even declined until 1988, when London began to grow as a global financial center under Margaret Thatcher.

Since, London has mushroomed into a vibrant, cosmopolitan city of close to 9 million people. Its centrality in finance and business have significantly contributed to its expansion. So too have the migratory legacy of the British Empire and London’s pivotal contributions to the arts and sciences, technology, entertainment, fashion, hospitality, and higher learning.

Where to Stay in London

Best London Neighborhoods to Stay In:

The West End is often a go-to as you’re right smack dab in the heart of the action. Covent Garden, in particular, is suitable for all budgets and is very family-friendly.

The area offers an extensive range of hotels, pubs, stores, and eateries. It’s also a 5-minute walk from Chinatown, packed with theatres, while close or very well connected to London’s top sites like the Houses of Parliament and the London Eye.

Nearby Soho in the West End also boasts some of London’s liveliest nightlife and entertainment features.

North of the West End and also centrally located are Bloomsbury and Fitzrovia. Elegant and traditional, they are packed with bookstores and plenty of accommodation for all budgets.

They’re also relatively cheaper than the West End: you can wander down their tranquil streets to nearby iconic sites or visit the British Museum right on their doorstep.

Further West is the high-end district of Kensington, known for its affluent residents, luxury stores, and fine dining.

While 5-star hotels dominate the accommodation scene, there are lower range options – certainly worth your while if you like beautiful gardens, majestic houses, and romantic streets. Calm and safe, it is ideal for families.

For trendier and more ethnic neighborhoods, Shoreditch in the East End sports no shortage of budget-friendly accommodation in the middle of the quirkiness and edge that have made Shoreditch world-famous.

Cereal cafés (yes, that’s a business where you eat cereal), thrift shops, and wacky bars will keep you riveted, as well as its riotous nightlife.

Up-and-coming Peckham is a worthy adversary for creatures of the night and lovers of international cuisine – with very affordable prices, too.

Finally, for those who wish to escape the Big Smoke’s hustle and bustle, there’s the country getaway of Richmond to the West of central London. This is a delightful area for the more pastoral souls, sporting stunning royal gardens with free-roaming deer, Kew Gardens, romantic pubs, and beautiful hotels for mid-range to high budgets.

What to eat in London

The real question is: “what not to eat?” London is the food capital of Europe – no question about it. The British capital is not a hub for wartime rations or even older Victorian stereotypes of jellied eels and stargazy pie.

Name one world cuisine, and the chances are high you’ll find an eatery worthy of its secrets – and more. Rare are disappointing dining experiences in London.

Enjoy fine dining curry experiences at household establishments like Dishoom and Gymkana, or revel in the budget-friendly options in the migrants’ hubs of East and South London (Shoreditch and Aldgate are recommended). 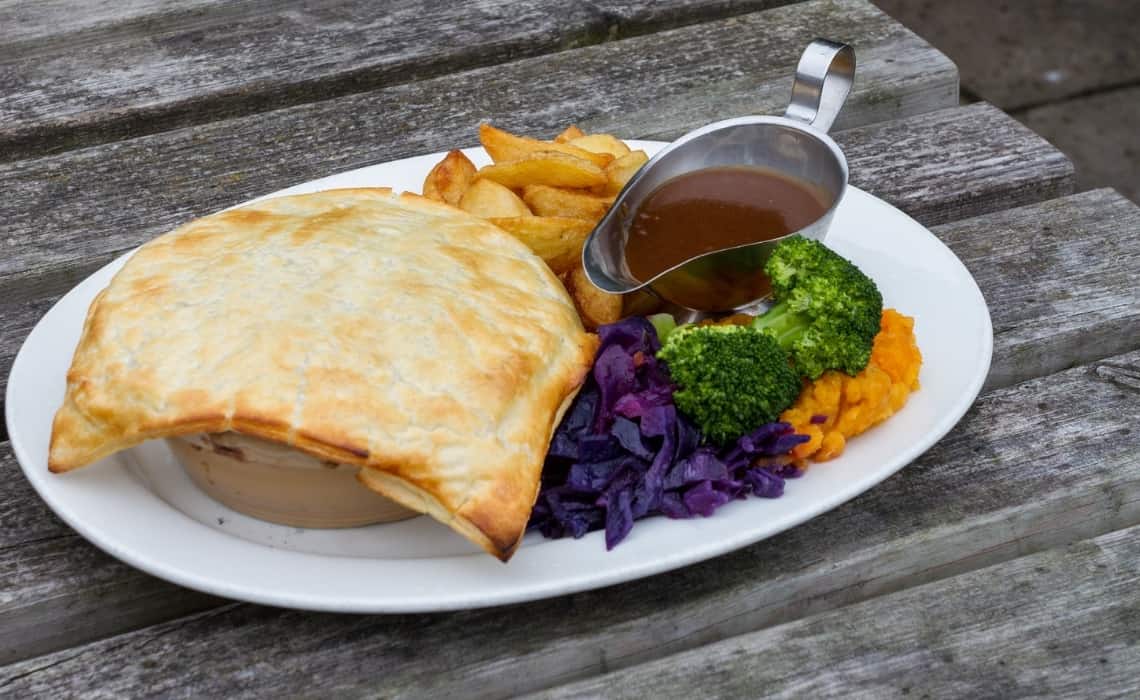 You will find the British classic Steak and Kidney Pie in most respectable pubs – but look out for ‘gastropubs’ and traditional eateries like Rules to savor the best renditions of this savory dish.

From the Michelin-starred Hakkasan to the popular Chinatown hangout of Dumpling’s Legend, you can find scores of the revered treat, dumplings, all over town in both high-end Chinese trailblazers and more budget-friendly, authentic gems.

London has a formidable range of Korean restaurants like Off the Bab and Asadal – foodies flock to these venues en masse to savor the fragrant delights of Gua Bao, kimchi, and Korean barbecue.

Popular all over, London has pioneered vegan food, so it’s more than a lifestyle choice – it’s a cuisine in its own right. Visit the edgy hipster hubs of Hoxton and Shoreditch for the more budget-friendly options or the upper-end dining experiences of Mayfair and Kensington.

Once you’re done with one of our walking tours and ready to explore off the beaten track, here are some local tidbits that might shape your adventures.

The quintessential British spirit is making a comeback. You can visit famous distilleries like the grandfather of British gins, Beefeater, or even the City of London distillery – brace yourself for samples. The Holborn Dining Room famously offers up to 400 types of gin, with nearly 30 types of tonic, too, while you can spy exuberant gin bars all over, especially in the West End.

Do not miss out on the chance to use the Santander bikes, colloquially called Boris bikes, at the hundreds of docking stations across the city. Biking is one way to see a city as large as London, and it’s very cheap if used properly – £2.00 for unlimited journeys of up to 30 minutes within a 24-hour timeframe. London’s double-decker buses are also fabulous ways of sightseeing – routes 9, 11, and 24 come highly recommended.

Never mind brunch – afternoon tea trumps all. Indulge in one of the most adored English traditions with finger sandwiches, fairy cakes, and all the delightful decadence that come with the off-hour treat. High-end experiences are to be found in the more affluent areas of Kensington, Chelsea, and Mayfair, although the West End has its fair share of venues for all budgets. You can even have high tea on a Tea-Bus tour with B-Bakery, taking in the sites as you sip away at the iconic beverage.

If the designer stores of the West End or Kensington do not suit you, here’s to thrift shops. For several decades, trailblazing shoppers in the capital have paved the way for a developed ecosystem of second-hand fashion.

Car boot sales and swap shops are great ways of getting great clothes for cheap, while the buzzing thrift stores in London’s East and North ends offer endless arrays of affordable clothes for all tastes – it might take a bit of rummaging, but this is part of the experience after all.

London is truly a place for everybody. There is no end to the things to do, eat, drink or see. Few other cities give you that sensation of being alive as much as London does. Dive into its remarkable history, but also immerse yourself in the splendors of 21st century London. You won’t regret it.

Our walking tours will point you in exactly the right directions for insider knowledge and London’s many secrets. To capture the essence of the city’s unique history from the comfort of your home, why not take one of our virtual tours of London? If you’re on the ground, our self-guided London walking tours will also offer you unforgettable insights with local knowledge: 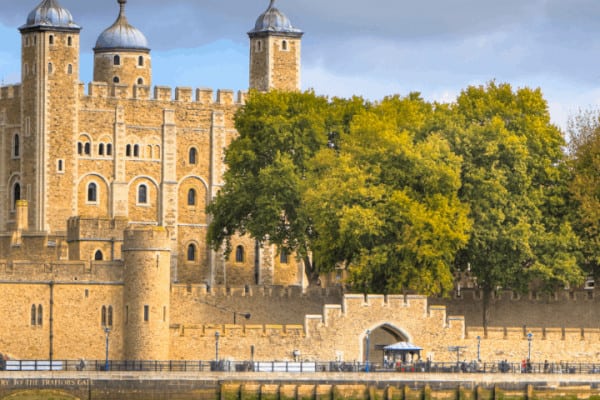 Central London actually comprises two cities; The City of Westminster home to the power, politics and royalty and the City of London, the finance. The story of London starts in the area known today as “the square mile” and our… 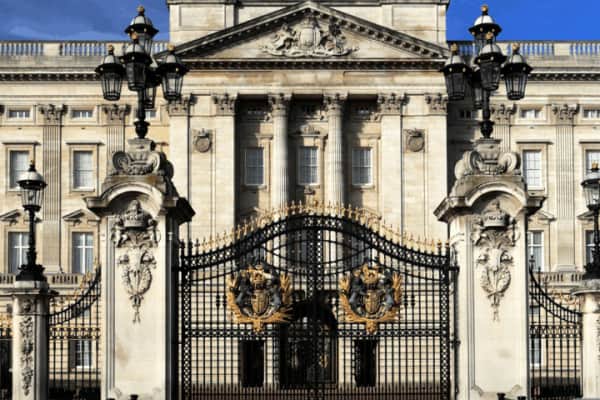 Our tour will take in the City of Westminster's major historic sites and explore the role of the monarch. 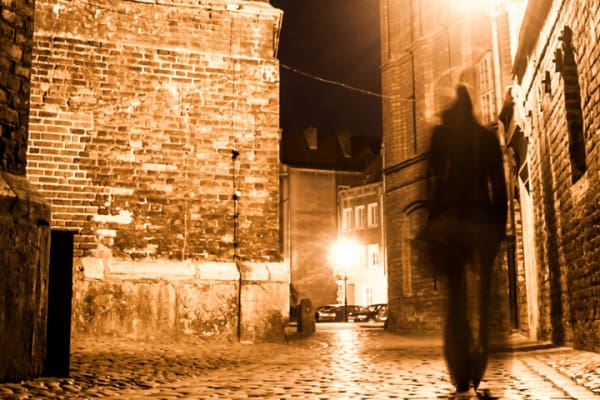 If you were to ask most people a simple question like ‘name a serial killer” chances are that they would answer Jack the Ripper” such is the infamy of this character. Even though the murders that he committed took place…