Walking tours of Edinburgh are one of the best ways to discover Scotland’s enchanting and divine capital city. Read on to find out more.

There’s no two ways around it – Edinburgh is one of the United Kingdom’s most enchanting cities. Rising from the coast and blanketing a series of hills, the skyline is one you’ll never forget. Medieval cathedral spires and handsome Georgian buildings jostle for space on the city’s skyline, punctured so often by craggy and dramatic cliffs. This is a city ripe for exploring. And it just so happens that walking tours of Edinburgh are the best way to do so.

History buffs will at once fall madly in love with Scotland’s capital. Stroll through the medieval history on our Edinburgh Old Town tour, where around every corner is another relic of times gone by. Delve underground to discover a subterranean warren of streets. The city’s grimy underbelly was home to Edinburgh’s poorest residents when the city became desperately overcrowded.

Overlooking everything is the perennial Edinburgh Castle, an everlasting symbol of the middle ages and the most important building in the city.

Also hidden within the streets of Edinburgh is boundless creativity. Some of the UK’s greatest thinkers, writers, and artists have called Edinburgh home at some stage over the centuries. J.K Rowling worked on her Harry Potter novels in a café, and the city is also home to the amazing Edinburgh Fringe Festival (more on that below).

Edinburgh is a city rich in history. From its early beginnings as a defensible fort on top of the hill to the constant battles with England, you’ll be amazed at the stories this place has.

The area was first occupied by the Celtics, who settled the hills and valleys around Arthur’s Seat and Castle Rock. A small fort on top of Castle Rock was the first sign of the city to come – the hill was the most defensible position around. Now home to Edinburgh Castle, this outpost is likely one of the most besieged places in Europe, and as such, has a lot of history in its walls.

Speaking of invasions, no trip to Scotland would be complete without hearing about their gripe with England. Born from centuries of wars and battles, this rivalry was the catalyst behind some of Scotland’s greatest heroes. Edinburgh changed hands between the Scots and English many times, and that rivalry still exists today – albeit a bit more well-mannered.

Overpopulation and the Plague

One of Edinburgh’s defining periods took place towards the end of the Middle Ages. Edinburgh’s population became untenable during the 15th and 16th Centuries.

Walls constructed to keep the English out also hemmed the Scottish in, and the city was vastly overpopulated. Filthy living conditions encouraged constant plagues and illnesses to sweep through the population, causing thousands to perish.

Today, you can feel the ghosts of those lost in the city’s medieval heart and underneath it as well. Below the modern streets is another city altogether, an underground warren of streets underneath the Old Town. Experiencing the seedy underbelly and vital part of its history is a must while in the city.

A New Hope for Edinburgh

Built out of necessity to remedy the overcrowded Old Town, Edinburgh’s New Town is what made the city what it is today. Here’s where the city expanded as a cure for overpopulation and what a cure it turned out to be. Wide boulevards and handsome Georgian architecture from the 18th and 19th centuries have turned this into one of the prettiest cities in Europe.

We’ve barely grazed the surface of this city’s rich and interesting history – for a more in-depth look, check out our Edinburgh self-guided walking tours at the end of the article. All the tours are available as GPS tours and virtual tours for those armchair travelers.

Where to Stay in Edinburgh

Edinburgh is a lovely city that’s perfect for walking. That means you can stay wherever you like and still be in the ideal position for our historic Edinburgh tours.

The 5 Best Neighborhoods to Stay in Edinburgh 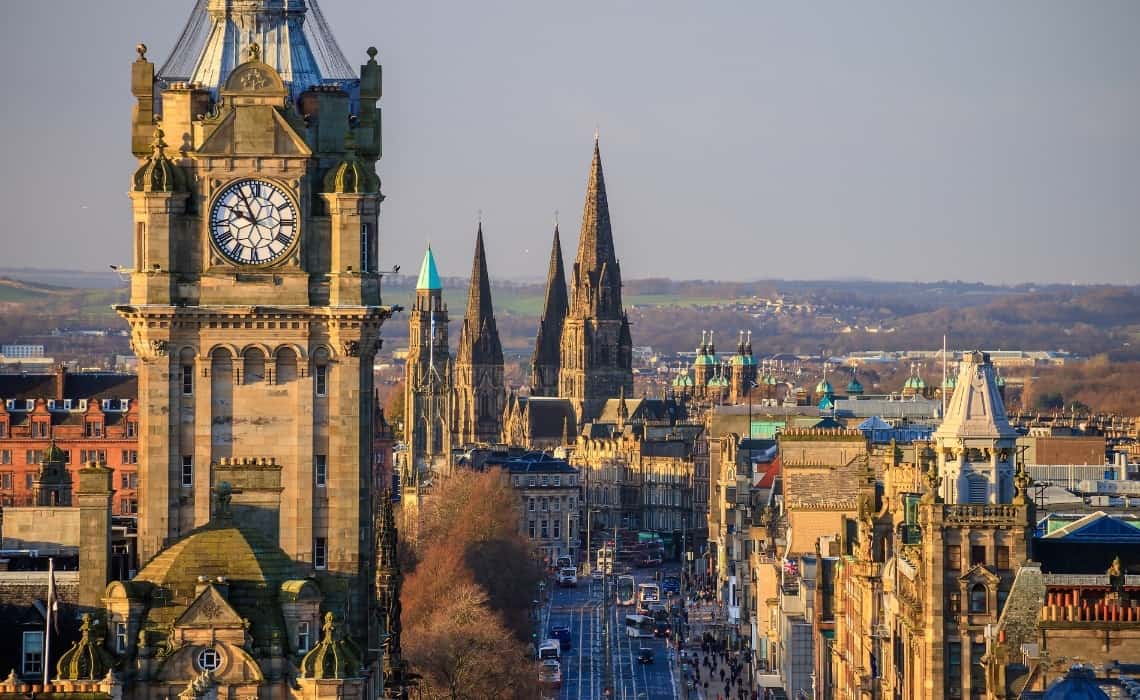 The center of Edinburgh can be split up into two different quarters. The first is Old Town, the medieval quarter of the city. There’s a lot to love about this area, and it’s the most visited by tourists. As such, there’s a wide range of accommodation options, from opulent hotels to affordable hostels, all within easy walking distance of the most popular attractions.

New Town is more stylish than the medieval Old Town, filled with wide boulevards and high-end shopping. As such, the hotels here are a bit more expensive than you’ll find in the Old Town. You’re smack bang in the middle of the action here – there are loads of classy restaurants and fun nightlife spots to enjoy, and you’re still just a short walk away from the historic Old Town. To discover the area in-depth, check out our walking tour of New Town.

Southside is a trendy, youthful neighborhood to the south of Edinburgh’s Old Town. Home to the University of Edinburgh, you can expect to find many students living here, and with them, lots of trendy bars, coffee houses, and eateries. It’s a more affordable option for visitors and has great links into the city.

Once its own village, Stockbridge is very close to the city center but has its own distinct character and feel. Trendy and affluent, it’s a calm residential area just 15 minutes’ walk northwest of New Town. Boutique and high-end hotels make this area moderately expensive.

Northeast of New Town towards the ocean is where you’ll find Leith. This is another lovely and low-key area to spend your Edinburgh vacation. There’s a lot of life here, and great public transport connections into the city center. In the streets, you’ll also find pubs, shops, and loads of great restaurants. Lots of accommodation options mean there’s something here for all budgets.

What to Eat in Edinburgh?

Traditional Scottish food might not have the best reputation, but Edinburgh has embraced the food trends of the 21st century. As such, there’s a lot to love for foodies in the city.

5 Must Try Dishes in Edinburgh

Don’t leave the city without getting your hands on a full Scottish breakfast. Just like the full English breakfast, this is a classic. Fried egg, bacon, tomato, sausage and baked beans are accompanied by a few Scottish classics: black pudding, scones, and sometimes even haggis.

The freshwater rivers across Scotland are a bountiful breeding ground for salmon, and fresh fish from the area is prized around the world. Make sure to sample some while you’re in the country.

The undying classic bangers and mash is another must-try Scottish dish. The bangers (sausages) are some of the best in the world, made from local produce and often sporting some unique flavors as well. Mash (mashed potatoes) in Scotland is always melt-in-your-mouth delicious.

For many, sampling Scotland’s national dish of haggis is a good excursion outside of their comfort zone. Made from sheep intestine minced together into oatmeal, salt and spices, it’s… interesting, to say the least.

Finally, we all know the United Kingdom loves a good pastry. Scottish pies are a must-try when in Edinburgh. The deliciously flaky pastries are filled with minced meat is the perfect way to warm up on a blustery winter’s day.

With such a wealth of things to see and do in Edinburgh, it’s easy to discover. Here are a few more of our top picks for things to do after you’ve finished your walking tour of Edinburgh. 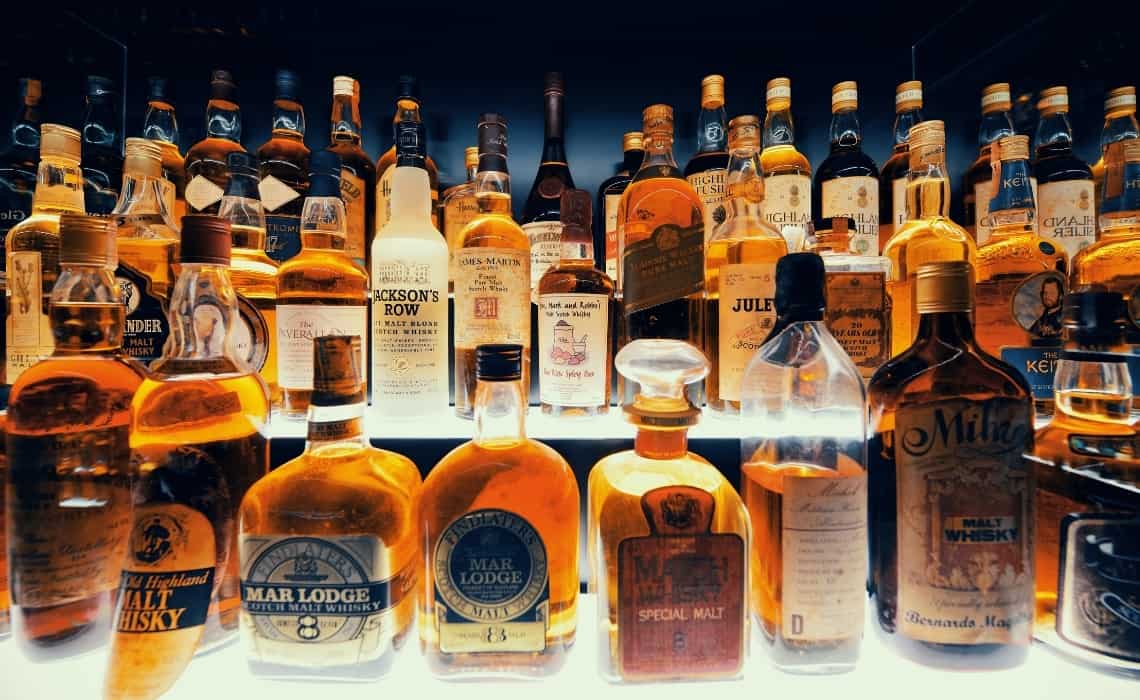 Scottish whiskey is famous the world over – so there’s no better place to improve your palette and learn how to properly taste this classic drink. The nearby Southern Highlands hide away a wealth of whiskey distilleries, some of them now centuries old. Day tours are a popular way to visit a handful in one go. Otherwise, just join a bar tour in Edinburgh. Tour leaders will talk you through the tasting techniques and the subtle differences as you cozy up in a downtown bar.

Live music is also another big part of life in Edinburgh. There’s no shortage of live music venues in Edinburgh. Heading to the local pub or bar during your stay should be at the top of your list of things to do in the city. From the latest in alternative indie to more traditional folk music, there’s something for all tastes.

The 5 Best Places to See Live Music in Edinburgh

Every August in Edinburgh, there’s an explosion of creative forces coming together from around the globe. This is the Edinburgh Fringe, the biggest arts and culture festival in the world. Over three weeks, guests can watch anything and everything, from live standup comedy to physical theater to street performers across the city. If you’re planning on visiting during August, make sure to book far in advance – hotel rooms during this time are very hard to come by.

So, if you’re ready to start exploring the gorgeous city of Edinburgh, why not give one of our walking tours of Edinburgh a go? There’s a lot to discover in this enchanting city. 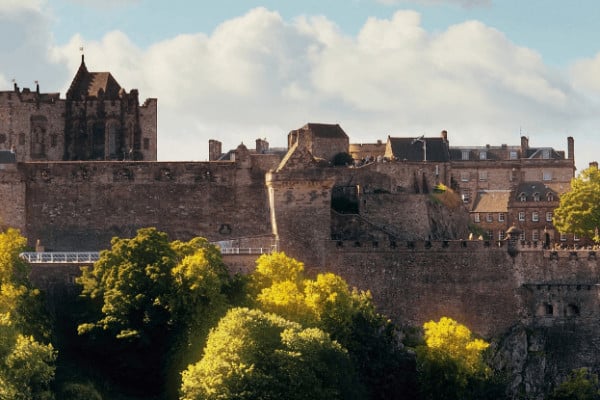 On our tour of Edinburgh Castle, you will hear of its inhabitants, its points of interest, and its many sordid tales. 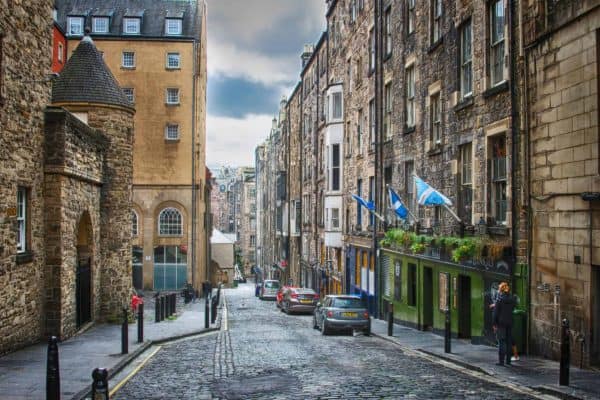 Welcome to Edinburgh, welcome to our magnificent City. You are now about to embark on a journey along the principal street of the first of the Georgian new towns of Edinburgh. These buildings were started in the late 1760’s and… 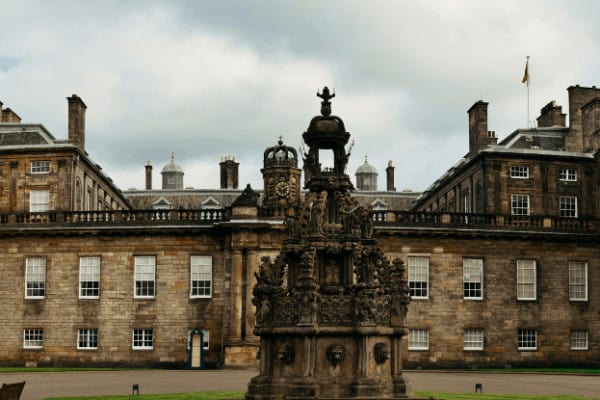 Welcome to Edinburgh, widely regarded as one of the most beautiful cities in the world and this tour will show you why. This is Scotland’s Capital City, the nation’s seat of government and the largest UNESCO urban world heritage site…