Walking tours in Buenos Aires are an easy way to discover the city’s incredible architecture, fascinating history, and passionate culture.

With the grandeur of a European capital and the fiery soul of a South American city, Buenos Aires is one destination you don’t want to miss.

As you wander through the streets, the architecture pops with life. From art-deco to the grand neoclassical buildings, the city is a heady mix of styles, and it’s a big part of a Buenos Aires sightseeing tour. Interspersed throughout it all is a great selection of natural parks as well, offering a slice of nature in the concrete jungle.

There’s also a fierce spirit that runs through the city streets, best summed up with Buenos Aires’ love of tango. Born in the city’s portside neighborhoods during the 19th century, this sensual dance has become synonymous with Buenos Aires. It’s still very much alive today, and as you experience the wild nightlife, you can see everything from impromptu performances by young lovers to grand dances backed by an orchestra.

The passion continues when it comes to football, too; on a continent where soccer is life, Argentinians have taken it to the next level. Add in delicious cuisine, beautifully cooked barbecues, and some of the world’s best wines from nearby regions, and you’re left with one destination that you won’t forget. The best part of all is that walking tours in Buenos Aires are the easiest way to discover it all.

Like most cities in Latin American countries, Buenos Aires first started as a colonial settlement. The Spanish arrived in 1536, although famously, it was too late to plant any crops for the winter. Instead, they turned their attention to the indigenous populations, nomadic people who had lived off the land for thousands of years. Years of bitter fighting ensued until, eventually, the settlement was all but abandoned. Some fled back to Spain, while others sailed upriver to Asunción, now Paraguay’s capital.

In 1580, the Spanish returned, this time with more support from other colonies on the South American continent. Buenos Aires grew, albeit slowly. It wouldn’t be until the Spanish wars in Europe called for horses that the city began to find its feet. However, Spain maintained harsh restrictions on the trade that could be carried out. In turn, Buenos Aires turned into a popular smuggling port, existing at the very edge of the Spanish Empire, where it avoided any heavy scrutiny.

During the early 19th century as Napoleon was conquering much of Europe in the name of France, Buenos Aires took the opportunity to declare independence from Spain. From the second half of the 19th century until the late 1920s, Buenos Aires boomed. Immigrants poured in from Europe, and it was at the cutting edge of the New World. Politics, art, music, and literature were all widely practiced, and the city was one of the wealthiest in the world.

Of Booms and Busts

Unfortunately, it wouldn’t last long. After a series of events weakened the economy, it all came to a head in the Wall Street crash of 1929. Exports evaporated overnight, and a year later, in 1930, a military coup took over the entire country. Over the following decades, Argentina would go through a series of rulers, military coups, and a series of booms and busts, finally returning to democracy in 1983.

Remnants of this history can easily be explored in the city today. Our Buenos Aires city tour delves into even more stories and the incredible sights relating to the different periods of the city’s history. The Buenos Aires tour can also be done virtually, letting you discover it all from the comfort of home.

Where to Stay in Buenos Aires

It can be hard to know where to stay in this sprawling city – each neighborhood has a distinct feel.

5 Neighborhoods to Stay in Buenos Aires

An all-around great neighborhood to stay in, in Buenos Aires is Microcentro. This area near the port has a lot of the main attractions in the city and a feast of sumptuous restaurants to choose from.

For something a little more relaxed, Palermo is a great choice. This district is large, made up of a few unofficial subdistricts, from the luxe Palermo Chico to Palermo Hollywood and Palermo SoHo. As such, it’s a popular area to stay when in the city, due to its sheer variety.

Foodies and old-world romantics will love San Telmo. This area is known for its enduring traditional atmosphere, enhanced by the old mansions that line the cobbled streets. This is where European immigrants flocked to when the city was booming, and afterward, artists took over. It’s also likely the birthplace of the tango.

Recoleta is one of the fanciest areas in Buenos Aires – expect prices to match. The streets are lined with well-to-do locals ducking in and out of high-end designer stores and dining in some of the city’s finest restaurants. If you need more proof of the area’s great affluence, visit the famous Recoleta Cemetery, where the city’s rich and powerful are buried under a sea of magnificent Gothic and Art Deco sculptures. 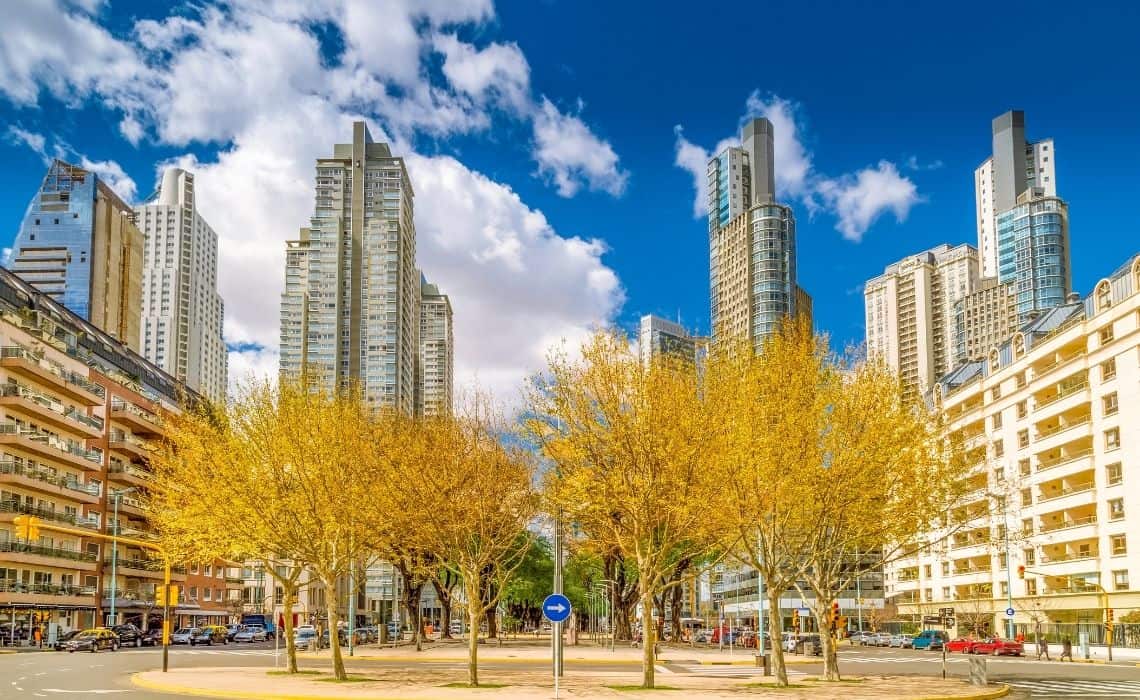 Finally, a safe, calm, and quiet neighborhood is Puerto Madero. This new district is filled with gleaming skyscrapers, classy restaurants, and riverside paths by the water. Prices can be higher than average, but it’s also well connected to the city center. The San Ignacio Church is within easy walking distance

What to Eat in Buenos Aires?

Argentinian food is known for one thing above all else: its meat. An Argentine asado is a decadent banquet of perfectly grilled meat that will make your mouth water just thinking about it.

Next up is an easy snack to enjoy after your walking tour: empanadas. You might have already tried these since they’ve been exported worldwide from Australia to Europe. If you haven’t, an empanada is a disk of puff pastry folded over, stuffed with whatever filling is popular. It could be ham and cheese, meat, or spinach and potatoes—the perfect snack for wandering around Buenos Aires.

Every Argentinian grandmother knows how to make this special dish. Milanesa is essentially a breaded steak, often served with chips and a side salad. Sometimes, the meat is also topped with mozzarella cheese, although locals swear by the Milanesa a caballo, topped with fried eggs.

Choripán is an Argentinian word that combines “chorizo” (sausage) with “pan” (bread), which is exactly what this dish is. A chorizo sausage in bread is a national favorite in Argentina. It’s often eaten as an appetizer at an Argentine asado, while other times, it can be bought at food trucks outside football stadiums. Gourmet versions can have all kinds of toppings as well, from avocado to dried tomatoes.

Finally, in Buenos Aires, you should try a cup of Argentina’s national drink, mate. This is an infusion of dried leaves of yerba mate, a plant species native to South America, and hot water. Argentinians drink mate at any time of the day, with friends, family, or by themselves, with the origins of the drink rooted firmly in pre-Hispanic times.

The national pastime in Argentina is, of course, soccer. When bigger matches take place in the country, Buenos Aires comes to a standstill. Crowds gather around TV sets, cheering and crying as their teams come out victorious or suffer defeat. If you’re thinking of going, the absolute highlight of any season is the superclásico, when the two main teams in the city, Boca Juniors, and River Plate, face off against each other. Watching live, and being a part of the crowd, takes any visit to Buenos Aires to the next level.

A City of Literature

After living through economic recessions, military dictatorships, and political revolutions, it’s no surprise that Buenos Aires is a city of literature. With so much to write about, the city is overflowing with authors and bookshops. It might have more bookshops per inhabitant than any other city in the world. A long history of incredible work has been written in the city. 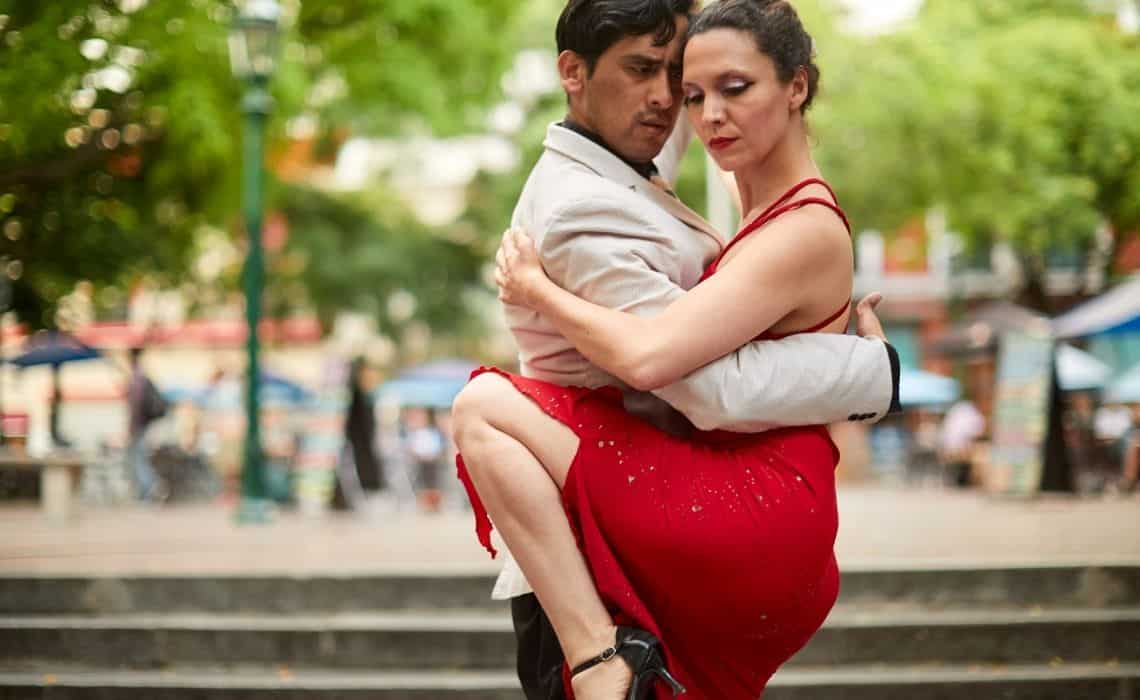 Perhaps the biggest international export from Buenos Aires is the tango. Said to have been invented in the city during the 18th century, it was the favorite dance of the lower class, former slaves, and European immigrants. It enjoyed an explosive rise in popularity and was quickly exported back to mainland Europe and North America. Today, there are countless opportunities to try your hand (or rather feet) at this steamy and sensual dance. From dance schools for the more serious to quick lessons via tours, it’s an essential part of understanding Buenos Aires.

We know the Argentinian capital will enchant you. Walking tours in Buenos Aires are a great way to experience this destination that will surely leave its mark. 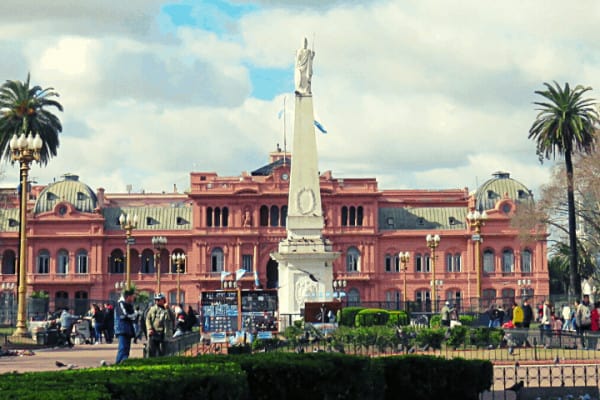 Our tour explores the foundation of Buenos Aires, the dramatic years of Perón and Evita, and the Belle-Époque palaces of its boulevards. The theme of our tour will be change: from the humble beginnings of the city as a backwater…