New York City self guided walking tours are among the best and most immersive ways to discover one of the USA’s most vibrant cities.

It’s hard not to fall in love with New York City – this is one of the world’s greatest cities. From the Empire State Building to the sprawling Central Park, it’s filled with iconic sights that will take your breath away.

From afar, the sea of skyscrapers that make up Manhattan is unforgettable. This breathtaking cityscape is a testament to the human spirit, strong and innovative. Wandering the streets, towering buildings constantly dwarf you, but it’s not all about the big city vibes. Small, tightly knit communities also bring a village-like atmosphere to different neighborhoods, from Chinatown to Little Italy.

Zoom in to street level, and New York City is a vibrant place. With about half the population immigrating from around the world, there’s a mesh of cultures here that can’t be found anywhere else. The result is a fascinating look at humanity and a constant thrum of energy running through the streets.

When it comes to food, New York City is no slouch either. The diverse cultures have also brought their global cuisines, elevating New York City to one of the world’s finest destinations for foodies. From Asian to European to South American, everything is on offer. Fine dining is easy with an incredible amount of Michelin Star restaurants, but for many, it’s the casual diners, bistros, and food trucks where this city truly shines. Whatever you fancy, eating your way through New York is a pleasure.

There’s more than a lifetime of things to discover in this city. Luckily, our New York self guided walking tours can help you make sense of this fast-paced metropolis.

New York City started like so many other places in North America. Originally, the land belonged to the Native American Lenape tribe. Seasonal travelers, this tribe populated the eastern seaboard of the United States, undisturbed for around 11,000 years before the Europeans arrived. As they did, violent clashes became the norm, and sickness and disease swept through the native populations.

In 1624, the Dutch West India Company set up a colony on Manhattan and purchased the island from the Native Americans for around $24 and a handful of glass beads. The colony of New Amsterdam grew, only to be surrendered to the English when they arrived in 1664. Promptly renamed New York (after the Duke of York, brother of King Charles II), it became a buzzing port city and main transfer point between Europe and the New World. It would continue to grow after changing hands during the American Revolutionary War.

New York City is etched in most people’s minds for one other reason: the 9/11 terrorist attacks. In 2001, the entire world watched on in horror as terrorists flew hijacked planes into the iconic Twin Towers, killing thousands. The event permanently changed the global political landscape. Today, visitors can pay their respects to those who perished at the 9/11 memorial, a somber remembrance of where the towers once stood.

It’s hard to capture just how many stories have occurred in these city streets. For more detailed dives into the city’s history, check out our range of Manhattan walking tours below. You can also do all our tours as virtual tours of New York City, letting you discover this wonderful city from the comfort of home.

Where to Stay in New York 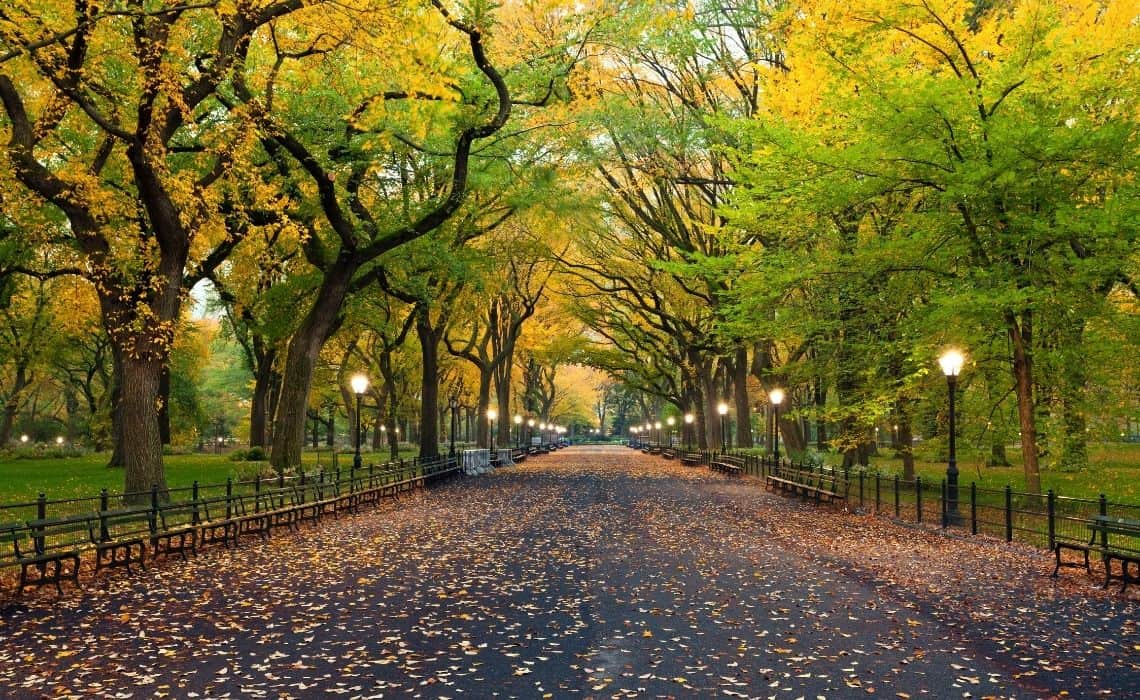 New York City is a sprawling place, spread over five boroughs. However, visitors will more than likely want to stay in Manhattan, as it’s where most sights and attractions are located.

The 5 Best Neighborhoods to Stay in New York City

Midtown is one of the most obvious and well-located areas to stay for first-timers in New York City. As the name suggests, this area is in the center of Manhattan and is within walking distance to some of the city’s most famous attractions, such as Times Square, the Empire State Building, Rockefeller Center, and Central Park. This area has a huge selection of hotels across all budgets.

If you’re traveling to New York as a family, staying in the Upper West Side is a good choice. There are plenty of museums, friendly bistros, shops, and galleries to browse, and a whole lot of activities that will keep kids entertained (like the Children’s Museum of Manhattan). It’s also near the west side of Central Park that’s so often featured in films and TV.

Culture hounds and shopaholics will love the classy Upper East Side in Manhattan. This is a wealthy part of the city and contains a lot of high-end hotels. Expect to find fashionable boutiques and designer labels on the streets and many great museums. The Museum Mile is in the Upper East Side, home to the Museum of Modern Art and the Guggenheim, among others.

For more of a bohemian, laid-back vibe, the Lower East Side is a great choice. This once-derelict district has been gentrified and is now one of the trendiest parts of Manhattan. Expect vibrant restaurants, interesting shops, and a lot of creativity. It’s also within easy distance of our Little Italy walking tour, which takes in Chinatown as well.

Finally, for an authentic look at life in New York, staying in Greenwich Village is a good option. Filled with life and local culture, this pleasant area is home to a whole lot of great little bars and restaurants, as well as the iconic New York sandstone buildings. This neighborhood is also home to the famous Washington Square Park and is a great area to stay for our West Village walking tour that delves into New York’s LGBTQ+ Revolution.

What to Eat in New York

After you’ve explored the city on a walking tour, it’s time to start looking at what you should be eating in this buzzing city. There’s almost every kind of food imaginable on offer, so we’re going to focus on some of New York’s more iconic meals.

5 Foods You Have to Try in New York City

Soft, chewy, and deliciously doughy, New York City bagels are world-famous. Sunday morning is the best time to enjoy one when locals scour the city for their favorite. On top, you should get cream cheese or opt for some fancier toppings like smoked salmon, capers, and lox.

A classic bite in New York is the dollar slice of pizza. Locals vote this as the best cheap meal you can find, found in pizzerias across the city.

Born out of the famous Jewish delicatessens of New York, a pastrami on rye sandwich is just about as New York as it gets. Freshly baked rye bread is piled high with carved strips of pastrami meat, topped off with a delicious mustard.

Ordering a steak from one of New York City’s steakhouses is another classic meal to enjoy in the city. From the historic classics to modern steakhouses, there are plenty of places to get your hands on a perfectly cooked strip of beef. Settle into the booth, pair it with a nice red, and enjoy the mountain of sumptuous sides that come with it.

Finally, another cheap and easy food to try in New York is a hot dog. Don’t settle for one from the hot dog stand either; instead, seek out a true New York City hot dog. Typical toppings include a spicy mustard and either sauerkraut or sauteed onions, served on the dog inside a lightly grilled bun. Simple and delicious, these are the perfect snack while walking around New York. 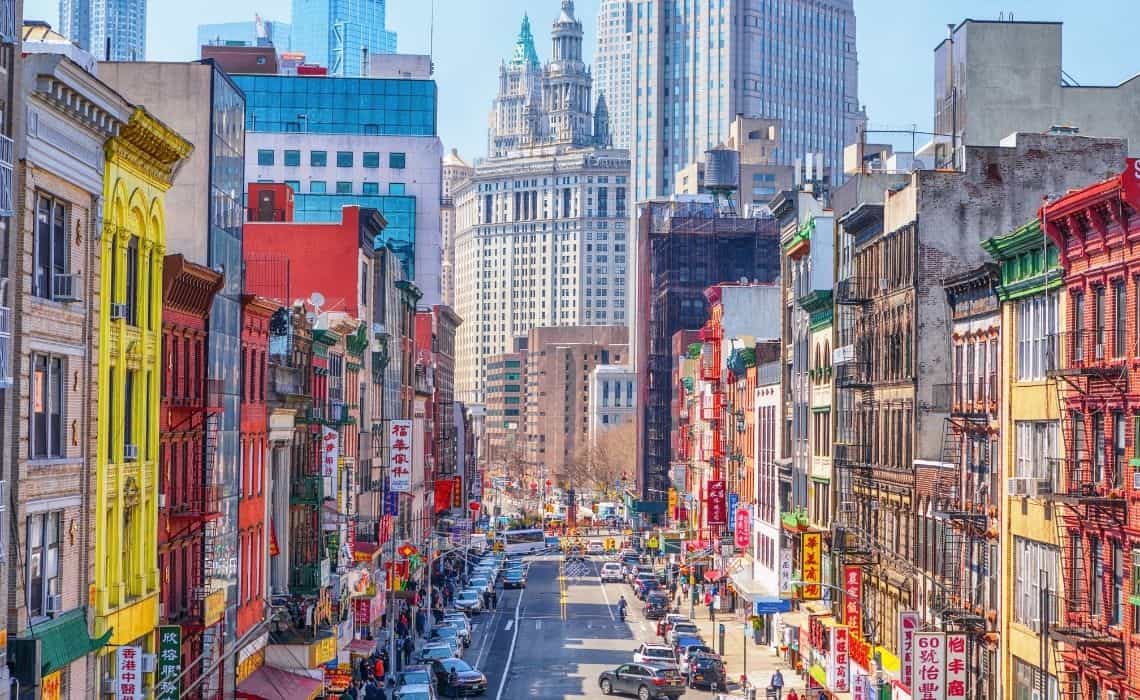 As the city that never sleeps, you can bet that there’s a whole lot to discover in this vibrant destination outside the main tourist sites.

With over 8 million residents packed into five boroughs, there’s a whole lot of cultural diversity in New York City. Different hobbies, religions, beliefs mean that there’s a year-round calendar of amazing festivals. From huge music festivals to Chinese New Year parades to film festivals, there’s something for everyone. Make sure to do some research on what’s on when you’re in town, so you don’t miss out.

Speaking of entertainment, it’s not just about the festivals either. As the sun goes down, don’t even think about retiring to your hotel room. There’s a wide array of fascinating nightlife on offer in the Big Apple, from nightclubs to opera. Whether you’re a fan of live theater, standup comedy, arthouse cinema, music, slam poetry, or a whole host of other things, New York City has it all.

The Boroughs of New York

While Manhattan is sure to be the center of any visit, New York City is so much more. Each of the five boroughs has a distinct personality, from hipster Brooklyn to the peaceful Staten Island with its large green spaces. For longer stays in New York City, visiting the different areas helps you stitch together a broader view of this fascinating destination.

The 5 Boroughs of New York City

With so much to see and do, it can be hard to know where to start with a trip to New York City. Our range of New York City self guided walking tours below will help you get your bearings in different areas around the city, setting you up perfectly for further explorations. 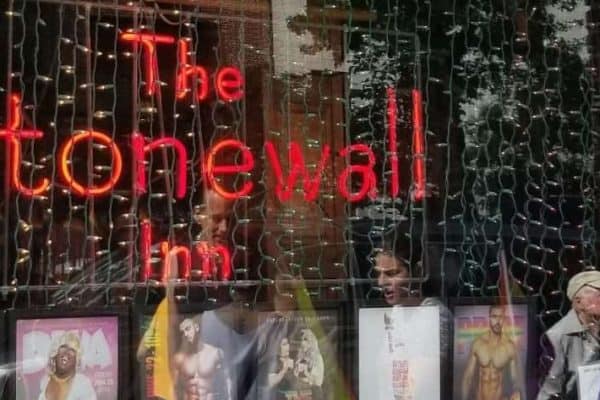 Our tour weaves through the epicenter of the LGBTQ+ Revolution in one of New York City’s most beloved neighborhoods. The events that took place at The West Village’s Stonewall Inn in 1969 were radical enough to enact a worldwide movement… 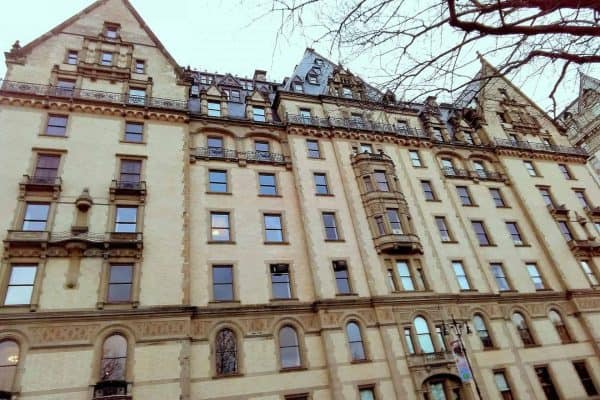 Welcome to Manhattan’s Upper West Side, a neighborhood so chock-full of quirky architecture and colorful personalities, you would swear it’s twice as big. Featured in movies as different as Ghostbusters, Rosemary’s Baby, and You’ve Got Mail, this neighborhood exudes an… 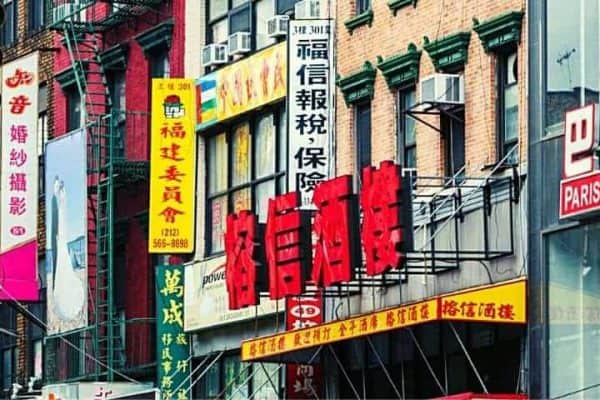 China and Italy seem to be worlds apart culturally, yet they both can claim some of the most commonly consumed cuisines in the United States. Without their immigrants coming to this country, who knows what we’d be eating today! But… 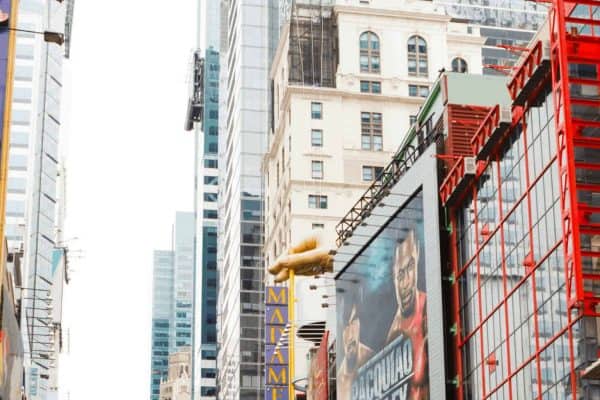 Our tour will take you to see some of the most decorated and historic locations in New York City, including the New York Public Library, Bryant Park, The Chrysler Building and the stunning Grand Central Terminal. You’ll get to see…