A self guided walking tour of San Francisco is an exciting way to get to know this fabulous and foggy city on the west coast of the U.S.A.

San Francisco, without a doubt, is one of the most exciting cities in the world. As the fog slowly lifts, this sparkling jewel of a destination is revealed. Home to everyone from hippies to IT workers, fashionistas to business people, Frisco is well known for its heady mix of cultures, as well as an amazing food scene, beautiful rolling hills, and sparkling bays. Welcome to the Golden City.

If there’s one identity that San Francisco holds above any other, it’s the reputation it has as a home of counterculture in the U.S.A. Throughout history, the city has been rife with opportunity, drawing in countless dreamers constantly, whether during the Californian Gold Rush or the Summer of Love. Today, this incredible mix of cultures is behind some of the country’s coolest styles, social revolutions, and technological advances.

Like other places in California, the food scene in San Francisco is incredible. Global cuisines are all available, while local farm-to-table restaurants focus on quality ingredients from the surrounding area. Nearby wine country is amazing, while cocktail bars pay tribute to the city’s speakeasies of the Prohibition Era. Eating and drinking here are dazzling, sophisticated, and a lot of fun.

From Fisherman’s Wharf to Alcatraz to the Golden Gate Bridge, there’s a lot to discover in the city. Getting started with a self guided walking tour of San Francisco is a great choice – you’ll be well versed in the history, culture, and main sights of the city, ready to jump in even further. Welcome to San Francisco.

Like elsewhere in the U.S.A, the area around San Francisco Bay was first inhabited by Native Americans. Archeological evidence puts the Ohlone people here since at least 3,000 BC – perhaps even earlier. The first record of Europeans in the area was when Spanish explorers arrived in 1769, claiming the land for Spain. In 1776, a Spanish mission was established, today the oldest surviving structure in the city. A military fort soon followed, the Presidio of San Francisco, today a park and part of the Golden Gate National Recreation Area.

In 1848, the discovery of gold nuggets in Sacramento sparked the Californian Gold Rush, a mass migration that would change San Francisco forever. The population swelled from 300 at the end of 1848 to 25,000 at the end of 1849. During this time, the port of San Francisco, catering to thousands of people arriving by ships, became the most important on the west coast of the U.S.A.

Beginning in the 1860s, San Francisco began to change into the city we know today. The city expanded in all directions, creating new neighborhoods and sparking a boom in construction jobs. However, it all came crashing down in 1906 after a devastating earthquake caused widespread destruction and even sparked a fire that consumed the business district. Rebuilding began, creating the cityscape we know today.

During World War II, San Francisco was the main west coast port for those heading out to the front in the Pacific. After the war, many military personnel had fallen in love with the city and decided to stay on. In the following years, the city became a center of the counterculture in the United States, a reputation that still lives on today.

Where to Stay in San Francisco

The 5 Best Neighborhoods to Stay in San Francisco 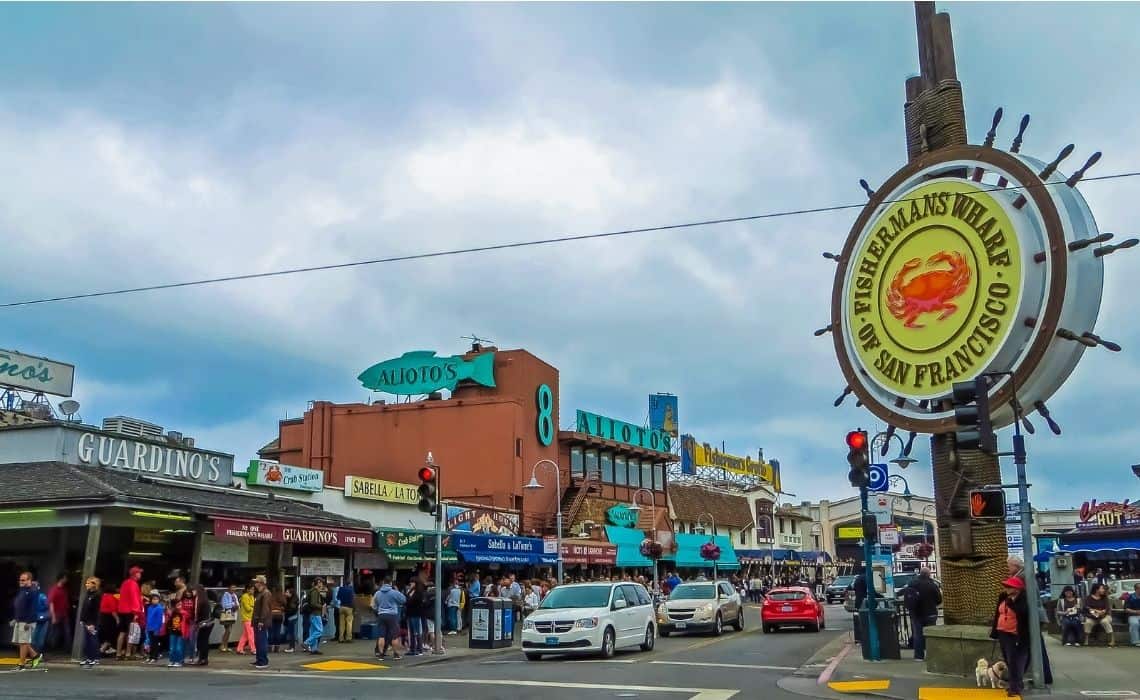 For many first-timers to San Francisco, Fisherman’s Wharf is a fantastic choice to book your stay. Within walking distance to basically all the city’s main sights, loaded with great restaurants and easy access to Alcatraz, it’s got it all. Yes, it’s touristy, but it’s also a lot of fun. This is where most of our tour in San Francisco takes place.

For a romantic stay in San Fran lifted straight out of the movies, Nob Hill is your best bet. Characterized by the steep streets, elegant homes, and stunning views of the city and bay, this is a regular filming location. It’s also filled with fantastic restaurants and is a short stroll away from Chinatown and North Beach, San Francisco’s historic Italian neighborhood.

SoMa (South of Market Street) is a beautiful area on the eastern end of the peninsula. A large region comprised several smaller neighborhoods; there’s a wide variety of accommodation on offer here. The district is home to the Museum of Modern Art and the baseball stadium where the San Francisco Giants play. Pubs, cafés, and restaurants line the streets, and Union Square is just 20 minutes away on foot.

For those after a bit of nightlife in San Fran, you’d do well to stay in The Mission. This area is known for its wealth of bars and clubs, coming alive after the sun goes down. For a bar-hopping experience you won’t forget, head to Valencia Street, where you can wander from bar to bar alongside the city’s youth.

Foodie travelers can stay anywhere in San Francisco and have a fantastic trip. But especially so if you stay in North Beach or Chinatown. Located between Fisherman’s Wharf and the downtown Financial District, North Beach is basically San Fran’s ‘Little Italy,’ filled with amazing restaurants and serving the best coffee, pastries, and pizza in the city. Chinatown, of course, is home to a wealth of Chinese restaurants catering to the city’s large Chinese population.

What to Eat in San Francisco?

The 5 Must-Try Dishes in San Francisco

Like many other cities by the sea, San Francisco loves a good plate of oysters. Plucked from the Pacific Ocean, you’ll find plenty of restaurants serving these across the city. Keep an eye out for an oyster happy hour as well, the perfect way to end a day of walking tours of San Francisco. 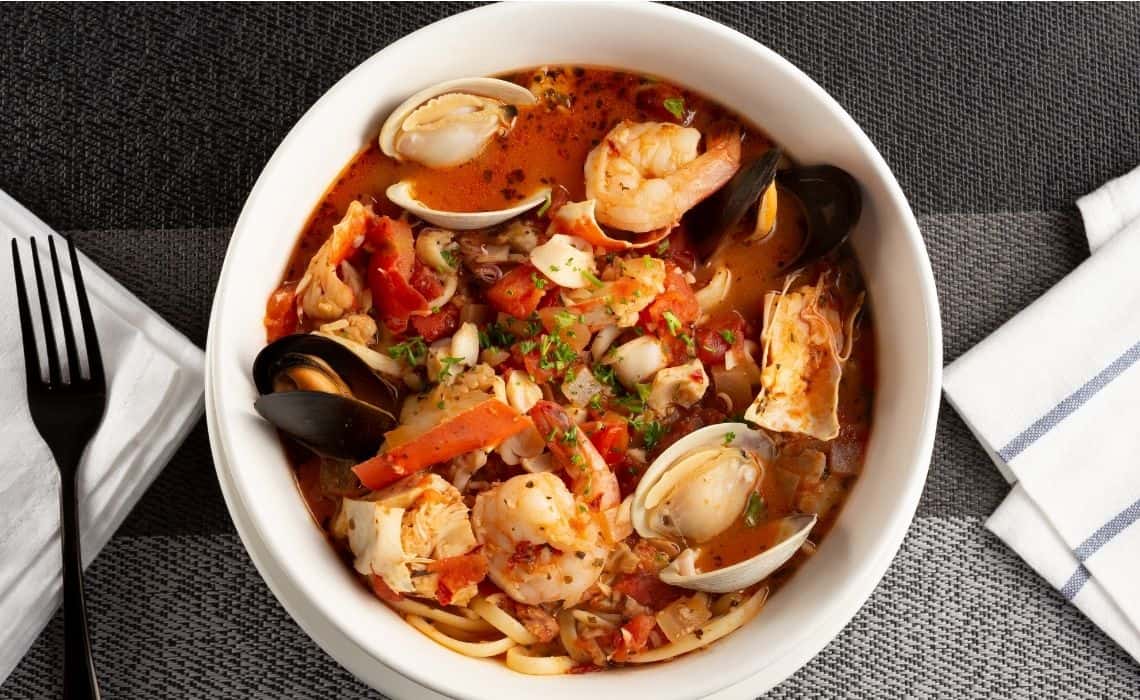 Born in the city from the influx of Italian immigrants in the late 1800s, Cioppino is a delicious fish stew. The catch of the day is combined with crab, mussels, squid, shrimp, and more, slowly cooked in a broth of tomato and wine. It’s generally served with a generous helping of sourdough bread.

Speaking of sourdough bread, it’s another must-try in the city. Bread starters were a prized possession during the Californian Gold Rush, letting the miners create delicious and nutritious loaves of bread. Most people agree that there’s something in the air in San Francisco that makes the bread here taste better than anywhere else – try it for yourself to decide.

There are two things that locals like to talk about in San Francisco: the astronomical prices of rent and where to get the best burrito. You’ll find plenty of great options to sample this city favorite, although your best bet is to ask the locals where to go. Afterward, you can weigh in on the heated “with or without rice” debate.

Finally, for dessert, hit up your nearest supermarket to purchase an IT’S IT Ice Cream Sandwich. This cold treat has been around the city since 1928, a fond childhood memory for many locals growing up in the area. As you can guess, it’s ice cream sandwiched between two oatmeal cookies; the entire thing dipped in dark chocolate—the perfect accompaniment on a hot day walking around San Francisco.

No trip to San Francisco would be complete without setting foot on Alcatraz Island. This former federal penitentiary and military prison has a reputation the world over. From tales of America’s most horrifying criminals to Native American activists laying claim to the island by taking it over, there’s a lot to discover at this storied attraction. To get there, jump on the ferry that leaves from Pier 33 in the North Beach neighborhood.

Views of the Golden Gate Bridge

One of the most iconic sights in San Francisco – and the United States – is the Golden Gate Bridge. For many, it’s an enthralling sight that is worth more than a few hours of searching out the best viewpoint for photos. Driving across it is also an experience to enjoy. Getting the perfect shot is easy, though.

The 5 Best Views of the Golden Gate Bridge 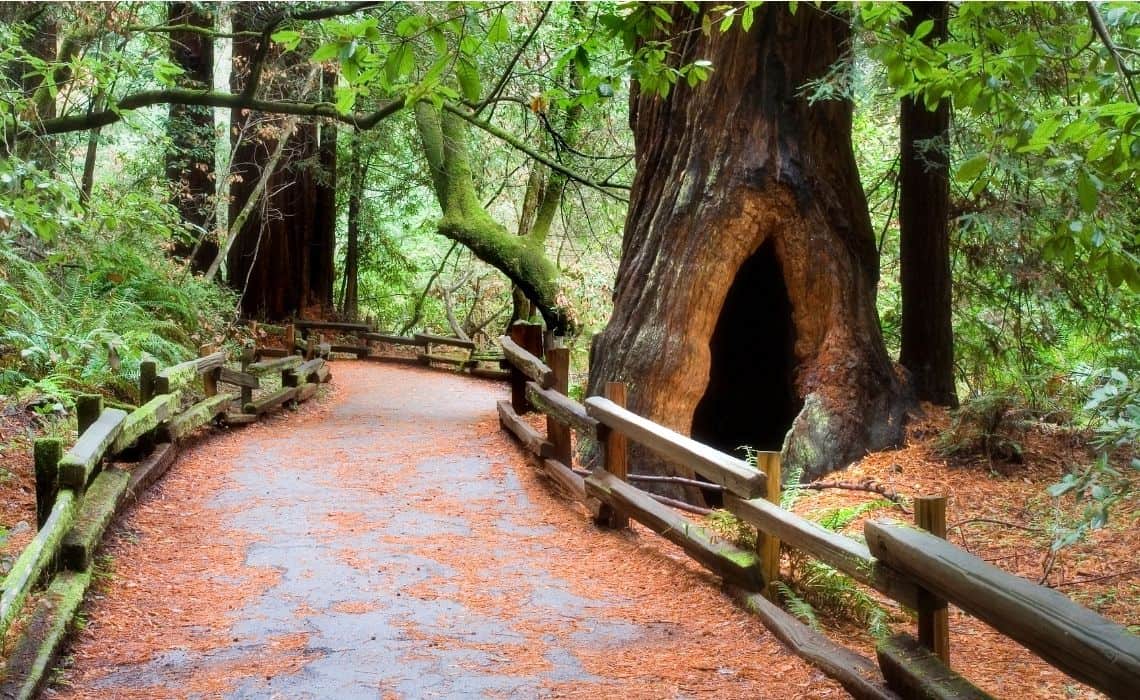 Lying just 12 miles north of the Golden Gate Bridge, you’ll find a forest containing the world’s tallest trees: Muir Woods. It’s an awe-inspiring experience to walk among these towering redwoods and more than worth it to spend an entire day exploring. As one of the busiest National Parks in the country, visitors will need to reserve their parking spot before arriving.  Entry is free for children aged 15 years and younger.

This is a destination for the books – one of the most iconic cities in the world. Introduce yourself to The Golden City with our self guided walking tour of San Francisco below. 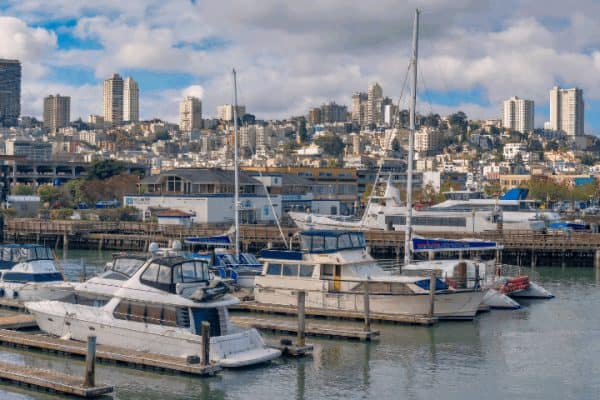 Fisherman's Wharf, is rooted in the city's history, from the 19th century Gold Rush to the present day. We'll learn about its fascinating history, from a fishing dock to a high-traffic tourist attraction.