Self guided walking tours New Orleans offer an easy and fun way to discover the fascinating history and culture of this city in Louisiana.

It might be a cliché to call a city a melting pot of cultures, but out of all the cities fit for such a label, New Orleans might be number one. Home to a dizzying number of cultures, ethnicities, and backgrounds, life in New Orleans embraces the best of it all. Food, drinks, parties, and music, there’s an infectious energy running through these streets that’s hard to shake.

Raucous parties and world-class musicians, joyous traditions, and a welcoming atmosphere; it all plays out among the faded old-world architecture and swampy surrounds of the Mississippi Delta. This location serves as a constant reminder of the fragility of life, as do the fair share of heartbreaks for this warm and welcoming city in Louisiana. Its history is pierced with stories of recessions, racial violence, and slavery, not to mention the devastating Hurricane Katrina that leveled a lot of the city in 2005. Perhaps it’s in the face of these terrible events that the famed New Orleans joie de vivre is born, and if there’s a city that knows how to bounce back, it’s this one.

If there’s one way to experience that feeling, it’s through the local food. Arguably some of the most recognizable and iconic dishes in the United States, the clash of cultures and backgrounds has produced a delicious variety of foodie favorites. It’s a heady mix of Creole, French, Cajun, African, and Caribbean fare, coming together in the city’s kitchens with fresh seafood plucked from the nearby ocean. This is some of the most satisfying food in the country, from street food carts to world-class restaurants.

Eat, drink, and be merry because New Orleans might be the best place in the United States to do so. Self guided walking tours New Orleans are an easy way to introduce yourself to the city.

The Founding of New Orleans

The first inhabitants of the area in New Orleans were the Native Americans, who lived in small communities of hunters, gatherers, and farmers. The city you see today was founded in 1718 by the French. With the importation of African slaves, it grew quickly, and in 1723 became the capital of the French Colony of Louisiana.

The French Cede to Spain

Following France’s defeat to Britain in the Seven Years’ War, King Louis XV ceded control of Louisiana to his cousin, Charles III of Spain. The ploy to keep it out of British control worked, and in 1763, New Orleans joined the growing list of Spanish colonies. The city flourished during this time, with trade flowing through its port to Central America, South America, and Europe. It became a haunt for thieves, smugglers, pirates, and prostitutes and a haven for refugees fleeing Haiti and the French and American Revolutions.

After briefly falling under French control again, Napoleon sold Louisiana to the United States in 1803 in the Louisiana Purchase. During the 19th century, thousands of immigrants flocked to the city, with a big influx of French, Creoles, Americans, Africans, and, later, more Europeans. The city continued to boom, acting as the main harbor for goods flowing from the central United States to the Caribbean, South America, and Europe.

Civil War and the End of Slavery

The city’s good fortune ended abruptly with the beginning of the American Civil War. Trade dried up, and New Orleans’ economy began to slip quickly. One year into the conflict, New Orleans was captured by the Unionists and would remain under their control for the rest of the war. Because of this, the city was also famously exempt from Abraham Lincoln’s liberation of slaves with the “Emancipation Proclamation” of 1863. Slavery wouldn’t end in New Orleans until the 13th Amendment in 1865.

There are many more stories to cover in this city, from the birth of Jazz to its important role in World War II. For a deeper dive into its history, check out our New Orleans French Quarter walking tour below. It can also be done as a New Orleans virtual tour, letting you discover the French Quarter from the comfort of home.

Where to Stay in New Orleans 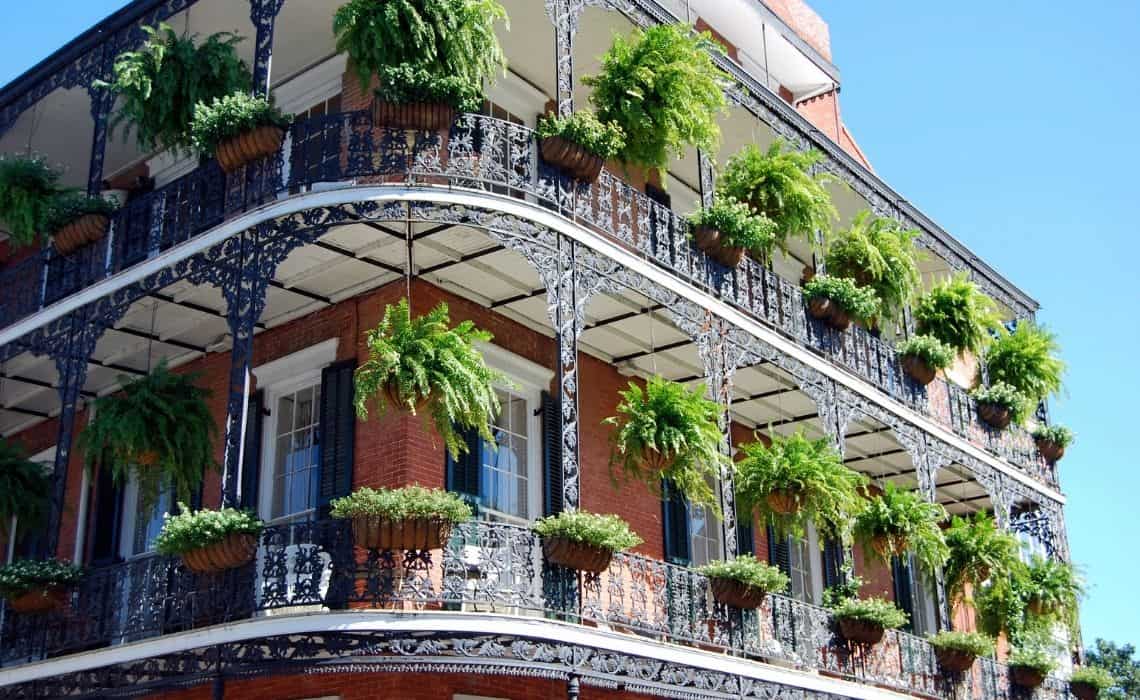 The 5 Best Areas to Stay in New Orleans

As the city’s oldest and most famous neighborhood, most visitors will opt to stay in the French Quarter. Of course, this is where you’ll find the infamous Bourbon Street, filled with bars and live music. But there’s plenty of other things to do in the French Quarter in New Orleans as well, from its great local food to boutique stores to street parades. This neighborhood is ideal if you want to be in the middle of it all.

To discover the area, our French Quarter walking tour is perfect.

Heading downriver from the city center brings you to the two neighborhoods Marigny and Bywater. Generally referred to as one neighborhood, this is the trendiest neighborhood in the city. The historic Creole homes lining the streets are now home to record stores, stylish cafés, bars, and clubs. Frenchmen Street is home to many live music venues, but out on the street as well, you’ll find live performances.

Finally, far upriver in New Orleans is the Uptown/Carrollton area. Two universities in the area ensure it is filled with cool cafés, bars, and restaurants, tempering the residential feel of the neighborhood. It’s a great choice for more low-key trips to New Orleans.

What to Eat in New Orleans? 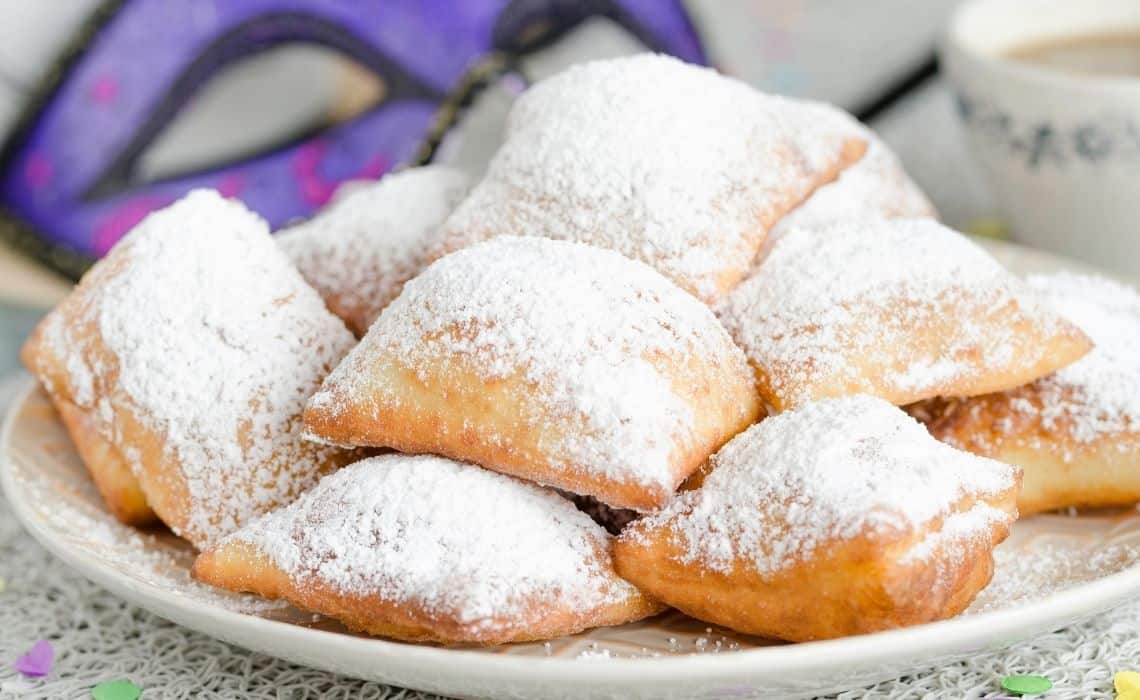 A classic Creole dish, Gumbo is a star of the New Orleans foodie world. This thick stew varies from restaurant to restaurant, with various vegetables, seafood, and meat all making an appearance. There’s no one recipe for gumbo, but rather whatever the chef feels like using at the time. It’s the perfect way to recharge after a self guided New Orleans tour.

Jambalaya is New Orleans’ answer to the Spanish paella; a large mix of rice, vegetables, seasoning, and meats are all cooked together. The bold flavors and spices give it the perfect kick, getting you ready for any late-night carousing throughout town.

Chargrilled oysters are another New Orleans specialty. Plenty of fresh oysters pour into the city from the nearby ocean but charring them on a grill gives them an entirely new flavor. The salty ocean taste is still present, but it’s enhanced with a mixture of breadcrumbs, herbs, cheese, and melted butter added while the oysters are on the grill.

The perfect accompaniment to a walking tour is a Po’Boy sandwich. You’ll find them sold all over the city, from street corners to gas stations to fancy restaurants. The loaf of French baguette is crisp on the outside and soft on the inside, packed with fried seafood or meat and gravy, with added shredded lettuce, tomato, mayonnaise, and pickles.

Thanks to its heavy French influence, New Orleans also knows its way around a great pastry. The city’s iconic pastry is the beignet, a puffy and delicious treat. Made from yeasted dough, which is then fried and dusted with powdered sugar, it’s a pastry best enjoyed alongside a fresh cup of coffee. Head to Café Du Monde and grab a table on the outdoor terrace to enjoy one while watching the world go by. 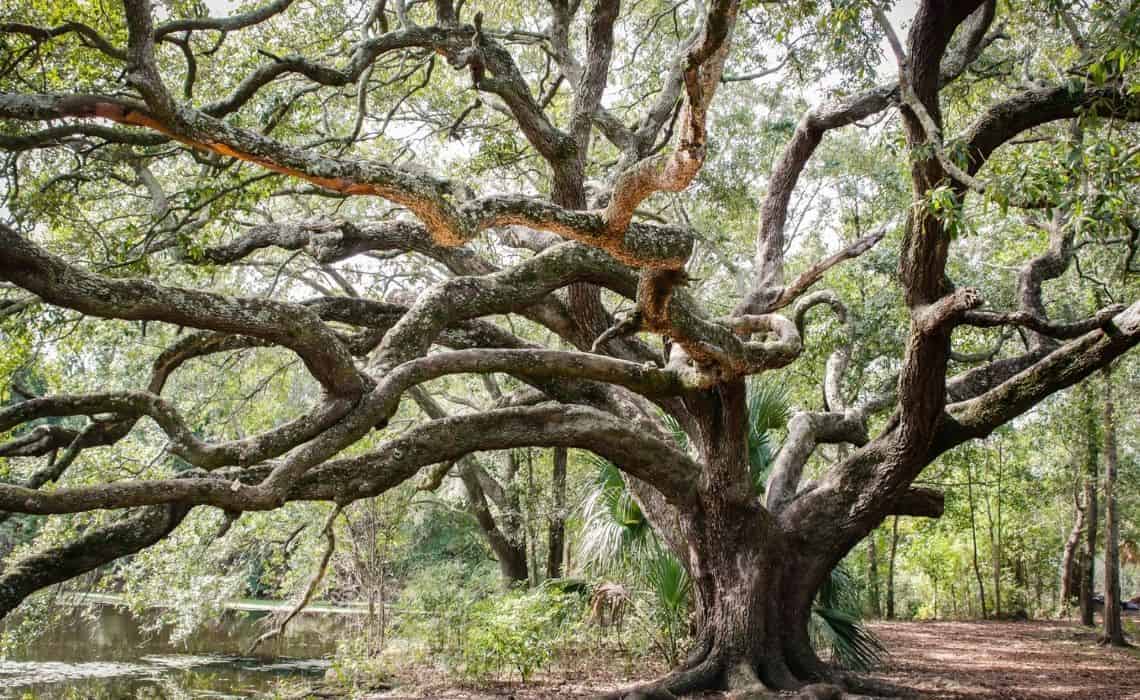 Towards the lakeside of town, the open green space of City Park sprawls throughout the city. It’s a bit of a distance from the French Quarter, but well worth the trip out. Bigger than Central Park in New York City, the expansive space is home to towering oak trees, gardens, waterways, and the fascinating New Orleans Museum of Art. If you love nature and art, this is the spot for you.

As one of the biggest party towns in the United States, Mardi Gras is a big deal in New Orleans. This massive cultural event sees visitors from around the world descend on the city, reveling in the parades, festivities, and general good times. The event goes on for a long time, but by far, the biggest day of celebrations is Fat Tuesday. The date changes every year, but it’s always the Tuesday before Ash Wednesday, which always falls 46 days before Easter.

The Birthplace of Jazz

In New Orleans, jazz was born, a wild creation of different genres from the diverse cultures that made their home in the city. Today, the genre is alive in well, played every night in venues and on streets across the city. Catching a live performance while in town is an absolute must-do activity.

New Orleans is charming, loaded with history, and a whole lot of fun. To discover the city, check out our self guided walking tours of New Orleans below. 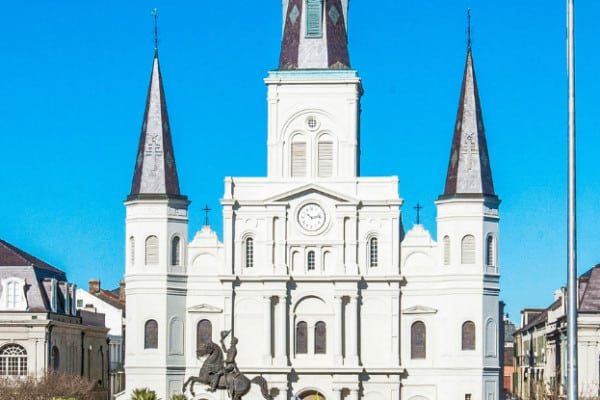