St. Augustine walking tours are an easy and engaging way to discover the history of the oldest continuously inhabited city in the US.

Welcome to St. Augustine, one of the biggest historical attractions in the United States. As the oldest continuously inhabited city in the country, there’s a wealth of stories to uncover in this celebrated destination. From its roots as a Spanish colony, the unique colonial architecture, and the unmistakable European air, this is a vacation you won’t forget.

Located between Jacksonville and Daytona Beach, this little town is first and foremost one for history buffs. As the oldest continuously inhabited city in the country, there’s plenty to discover. Even just walking around, admiring the gorgeous colonial homes of downtown, transports you into the past.

But it isn’t all about museums and history here. There are plenty of fantastic beaches, outlet shopping malls, and outdoor activities from sailing to kayaking to fishing. When you’ve worked up a hunger after exploring, St. Augustine is also a hotspot for foodies looking to sample fresh seafood and southern classics.

This is one destination that’s got it all; good looks, great food, plenty of history, and a well-tempered nightlife. St. Augustine is a superb choice for your next getaway. St. Augustine walking tours are the best way to delve into this fascinating destination on Florida’s historic coast.

For thousands of years before St. Augustine began as a settlement, the area around the city was inhabited by the indigenous population known as the Timucua Indians. When the Spanish explorer Pedro Menendez arrived in 1565 to claim the land for the Spanish crown, he and his crew were welcomed with open arms by the Timucua people. But diseases introduced by the Europeans wreaked havoc on the indigenous population. Soon, hostilities grew between them and the Europeans, but warfare and slavery led to their complete extinction soon after the turn of the 18th century.

With the arrival of the Spanish, St. Augustine was initially set up as a military base. The French had recently built a fort and colony in present-day Jacksonville, which prompted the Spanish (who had already claimed Florida as their own) to settle the area around St. Augustine. The military settlement was designed to protect Spain’s interests in the area, and that’s exactly what it did. The French were routed from their positions, and the outpost grew into a busy trading town and outpost of the Spanish Empire.

Joining with the United States

As revolutions against Spanish rule swept through South America and Napoleon’s armies threatened Europe, Spain’s gaze turned towards its own borders. The outpost of St. Augustine was all but forgotten, and in 1821, Spanish rule in Florida was ended once and for all when the country turned over the area to the United States. During the Civil War, Florida ceded from the US but was quickly captured by Union Forces, remaining under their control until the war’s end.

St. Augustine also played a pivotal role in the Civil Rights Movement in the USA during the 20th century. As the African American population was pushing for an end to segregation in the city, they were met with arrests from the police and violence from the Ku Klux Klan. Students and civil rights activists from the north came to the city in support, organizing even more sit-ins and marches. They were met with more arrests and violence, but this time the attacks were widely reported on national television. Sympathy for the protestors was felt around the nation and was key in paving the way for the Civil Rights Act of 1964.

As you can see, there’s a lot of fascinating history on offer in this destination. St. Augustine historic walking tours, like ours below, are the best way to discover the interesting stories that have played out on these streets. It can also be done as a virtual tour of St. Augustine, letting you delve into this city’s story from the comfort of home.

Where to Stay in St. Augustine

The 5 Best Areas to Stay in St. Augustine 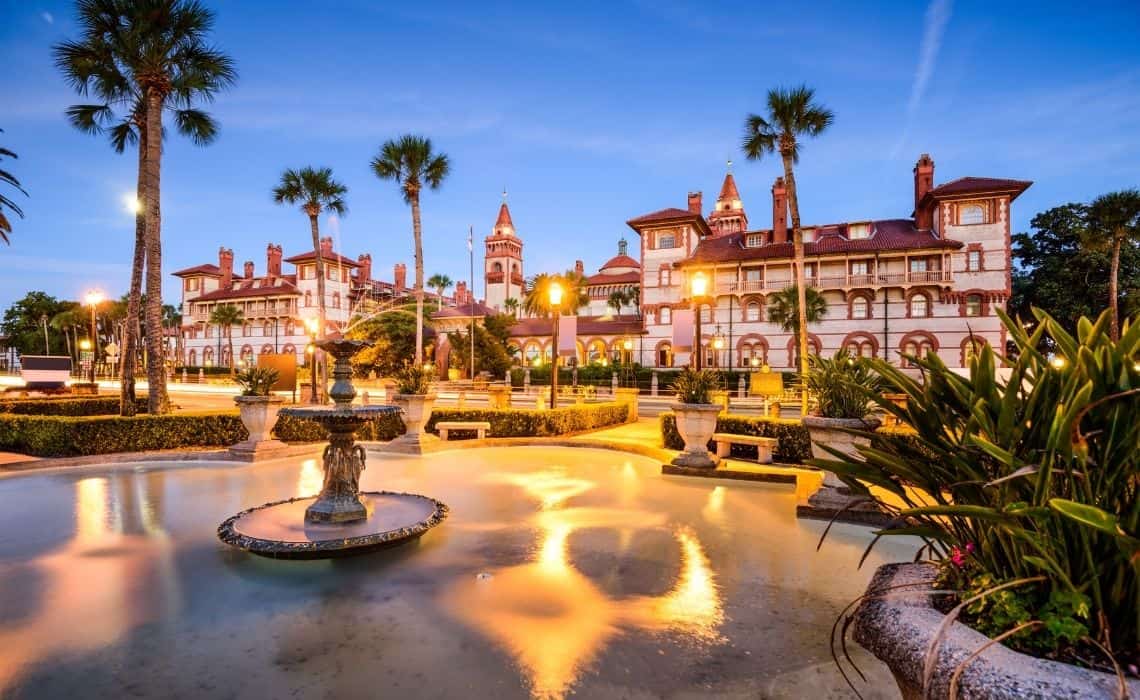 Of course, most people travel to St. Augustine to visit the historic downtown area. Cobbled streets connect the city’s most famous sights and museums. There are numerous restaurants, boutique stores, and a gorgeous waterfront area as well. Staying downtown is the best choice for most travelers, with a range of accommodation options for all budgets.

If you’re not one to stay in the middle of the action but still want easy access to it all, you’d do well to stay Uptown. This area is north of the St. Augustine visitor center, made up of several smaller neighborhoods. Thanks to its central location, it’s a pleasant mix of residential streets alongside museums, restaurants, and shopping.

For something a bit different, across the Matanzas River from historic downtown is the neighborhood known as Anastasia. More residential and quiet, this is a good spot for those who want easy access to downtown St. Augustine without staying in the middle of the action. There are plenty of restaurants here, and prices are, of course, cheaper.

Continue further to the south along Augustine Island, and you’ll eventually reach the laid-back coastal neighborhood, St. Augustine Beach. A beautiful stretch of white sand and crystalline waters is the biggest draw, with plenty of delicious dining options and boutique stores thrown in as well. The pier also features a playground and splash park, making this a great choice for families.

Another relaxed beach area is northeast of downtown St. Augustine: Vilano Beach. With miles of stunning coastline, this is an ideal area to stay if you’re looking to relax by the sea and soak up the glorious weather. Local restaurants, bars, and shops are scattered throughout the streets.

What to Eat in St. Augustine?

From fresh oysters to the catch of the day, there’s nothing like feasting on some fresh seafood while visiting St. Augustine. Whether you’re enjoying a night at a classy restaurant or are at the nearest waterfront bar and grill, this is always a good choice.

Another popular dish in this part of Florida is arroz con pollo (rice with chicken). With roots in Spain and Puerto Rico, plenty of restaurants around the city offer this dish loaded with saffron, garlic, and other vegetables and seasoning. 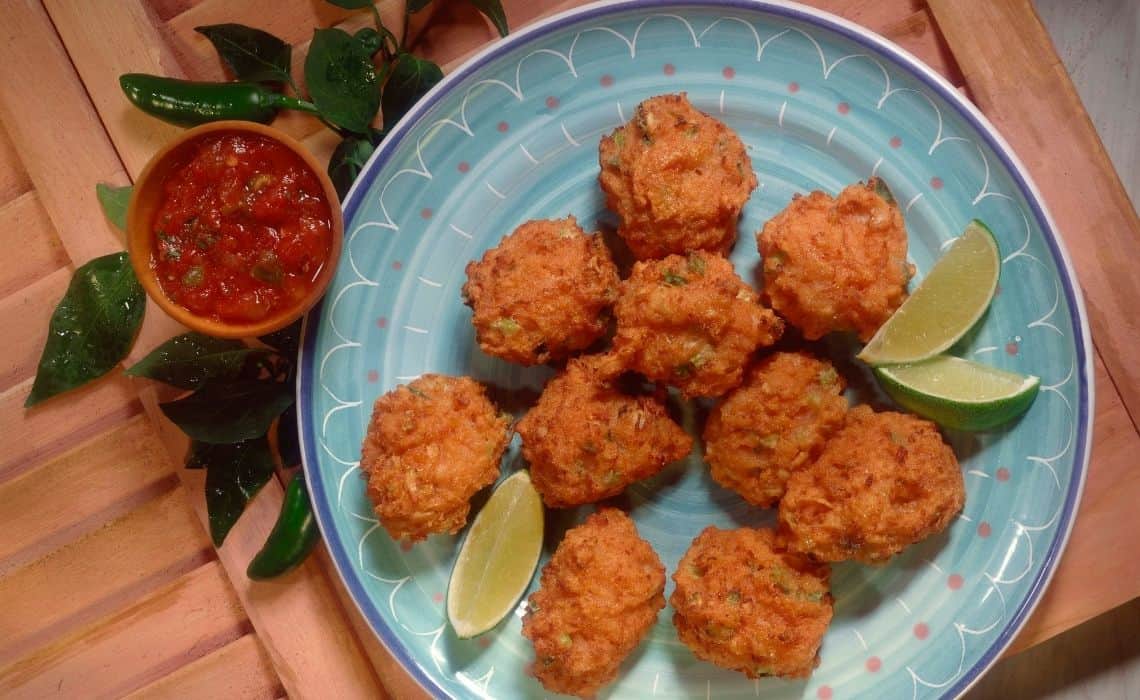 Although a well-known Caribbean food, conch fritters are also on the menu across St. Augustine. The dish is made of a special sea snail found in the area, mixed into a batter before being deep-fried. Most will come served with a creamy tartare sauce as well – delicious.

Southern food, of course, also finds its home in this region of Florida. Across the city, you’ll be able to track down sumptuous barbecue, shrimp and grits, fried green tomatoes, cornbread, and plenty more southern comforts.

Finally, thanks to the combination of Spanish and Hispanic influence in the city and the bounty of fresh seafood on offer, ceviche is another great dish to try in St. Augustine. This is when raw fish is cooked using nothing but lemon or lime juice, mixed with fresh ingredients like red onion, cherry tomatoes, avocadoes, and more.

St. Augustine is a fantastic choice for families looking for a summer escape by the sea. There are plenty of diversions for little ones, from the Alligator Farm to the Pirate Museum. They’ll also love boat tours, trolley tours, and of course, the beaches in St. Augustine Florida are some of the best in the country (more info below).

Beaches of the Historic Coast 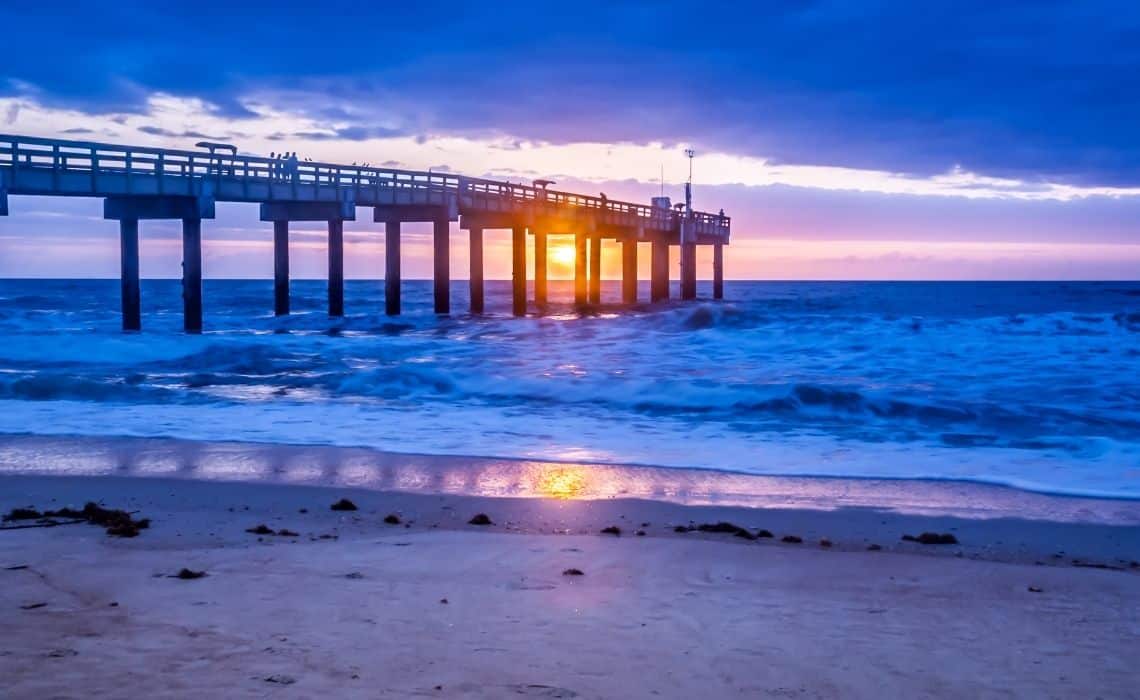 After you’ve finished your St. Augustine self guided walking tour, grab a towel and head to one of the following beaches for some sun, surf, and sand.

The 5 Best Beaches in St. Augustine

Located about 20 miles to the south of St. Augustine is one of the state’s premier attractions: Marineland Dolphin Adventure. Opening in 1938, this is the world’s first oceanarium and was frequently used by Hollywood film studios to film underwater action scenes in their movies. The park is home to dolphins (of course), but you’ll also be able to see stingrays, sharks, and sea turtles as well. A behind-the-scenes tour delves into the park’s history and gives more information on the sea life who call this place home.

St. Augustine is a fantastic choice for your next vacation. With a wealth of history to discover, St. Augustine walking tours are the best way to find your feet and set yourself up for further explorations of the city. 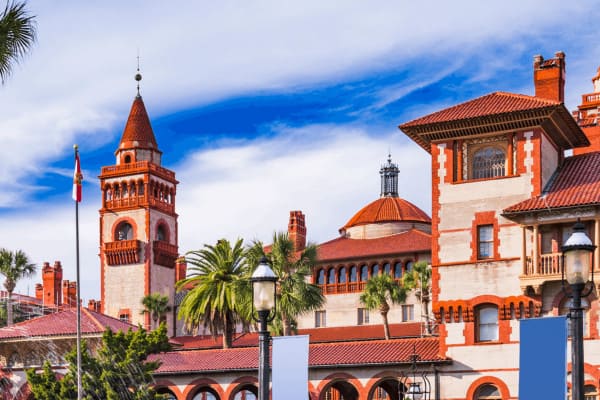 Here in St Augustine’s historic district, we will discover how more than 300 years of Spanish and English influence have melded together to create such a unique city. Here we will see everything St Augustine has to offer, from titans…