A walking tour of Hollywood is a fantastic way to uncover the myths, folklore, and fascinating history of this storied city in the U.S.

Hollywood – it’s a name that never fails to spark a feeling of excitement. From the iconic Hollywood sign on the mountains to the glitz and glam of the Hollywood Walk of Fame, no other destination will capture your imagination as much as this corner of L.A.

Immortalized as the birthplace of the U.S. motion picture industry, since the early 1900’s Hollywood has been the place to go in search of fame and fortune. The make-and-break manner of Hollywood has given birth to some of the world’s most famous movie stars – and crushed the dreams of countless others. The goal – Having your name immortalized in a golden star on Hollywood Boulevard, alongside the likes of Oprah, Frank Sinatra, and Tom Hanks.

Despite Hollywood being synonymous with the American movie industry, many big film studios relocated years ago. What they left behind is a feeling of faded glory, and nowadays, you’re more likely to run into a celebrity impersonator than an actual celebrity. But it’s the history of this place that still draws in millions of tourists to Hollywood every year, making a pilgrimage to see where the magic of cinema was born.

Outside of Hollywood, the urban sprawl of Los Angeles is as varied and interesting as genres of film. From its beaches to the renewed downtown area, there’s a lot to discover – and love. Foodies, too, will find a lot to explore, with countless iconic dishes spread across the city.

But before you get to that, strike to the heart of Los Angeles with a walking tour of Hollywood, and you’ll begin to understand what makes this city tick.

The land that Hollywood sits on was first an area filled with thriving farms. Politician and real estate investor Harvey H. Wilcox bought 120 acres of land to try his hand at ranching. His wife, Daeida Wilcox, suggested the name Hollywood after hearing it from an acquaintance who owned an estate of the same name. However, the two weren’t cut out for the ranching life; in 1887, Harvey filed a deed with the Los Angeles County Recorder’s office and subdivided the land for selling.

At first, Hollywood was nothing more than a small agricultural settlement – an unlikely spot to become the center of the movie industry. However, that’s exactly what would happen after some aggressive development from real estate mogul H. J. Whitley, in the early 1900s. The town had a hotel, post office, and an upscale residential community.

During this time, Thomas Edison held patents over motion pictures and set up the Motion Picture Patents Company in 1908. Making movies became almost impossible without paying the company, which controlled a strict monopoly over the industry.

The Move to Hollywood

In response, movie makers flocked to Hollywood, drawn in by the cheap land, varied landscapes for filming, and the distance from the Motion Picture Patents Company, which was based in New Jersey. Hollywood was also conveniently close to Mexico in case Edison’s company would come knocking. The movie industry began to flourish in Hollywood, and the town continued to grow.

Thanks to the movie industry taking off, by the 1920s, Hollywood was the fifth-largest industry in the U.S.A. Motion Picture Studios such as Paramount, Warner Bros., and Columbia Pictures all had headquarters in Hollywood. By the 1930s, they were producing about 600 films a year, which drew in thousands to the area for their chance at overnight fame.

Since then, Hollywood has continued to develop as Tinsel Town, despite the motion picture studios moving on. Our self guided Hollywood tour will let you discover more of the stories that made Tinsel Town the iconic destination that it is today. It’s also available as a virtual tour, letting you delve into the unique history from the comfort of home. 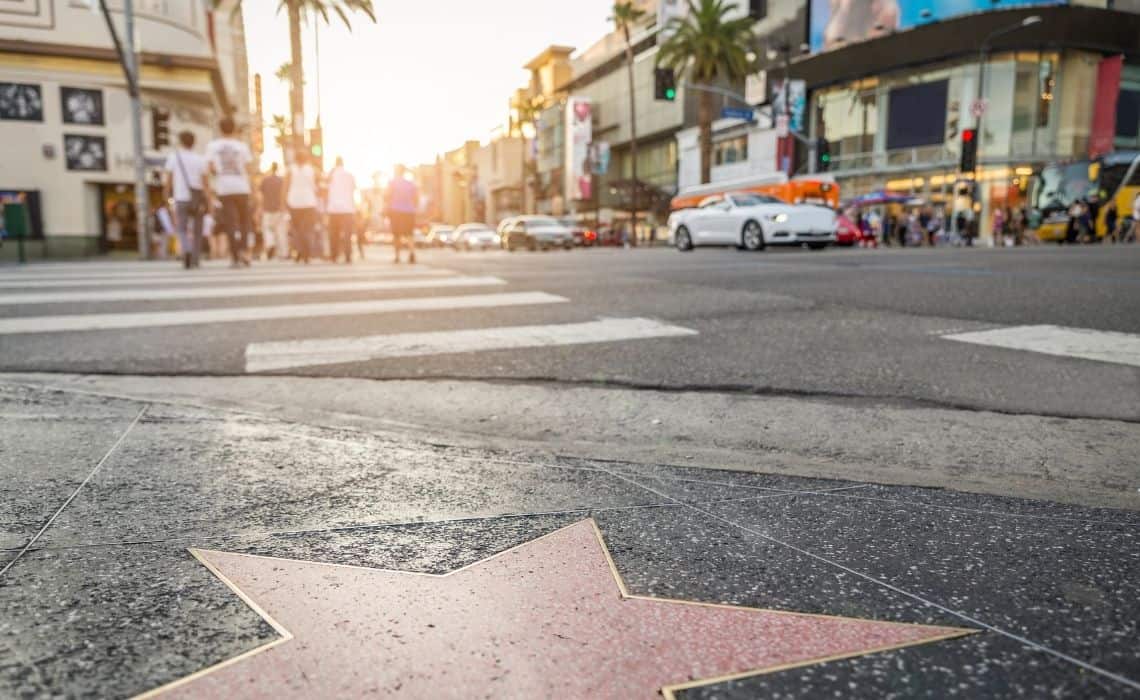 Where to Stay in Los Angeles

Visiting L.A. is different from many other cities. Public transport is lacking, so a car is generally needed to get around the vast, urban sprawl.

The best area to stay in Los Angeles for first-timers is Hollywood. Thanks to the vast sprawl of L.A. and the heavy traffic, it makes sense to stay in this area to access the historic Hollywood tour easily. This area is home to the Chinese Theater, Paramount Pictures studio, the Hollywood Sign, and Hollywood Boulevard’s walk of fame.

West Hollywood is another fantastic spot to soak up the classic L.A. vibes. Sandwiched between Beverly Hills and the Hollywood Hills, it’s become known as the spot to go out for some nightlife in Los Angeles. This is also one of L.A.’s most walkable areas, letting you explore the old mansions of former movie stars and modern-day silver screen celebrities. 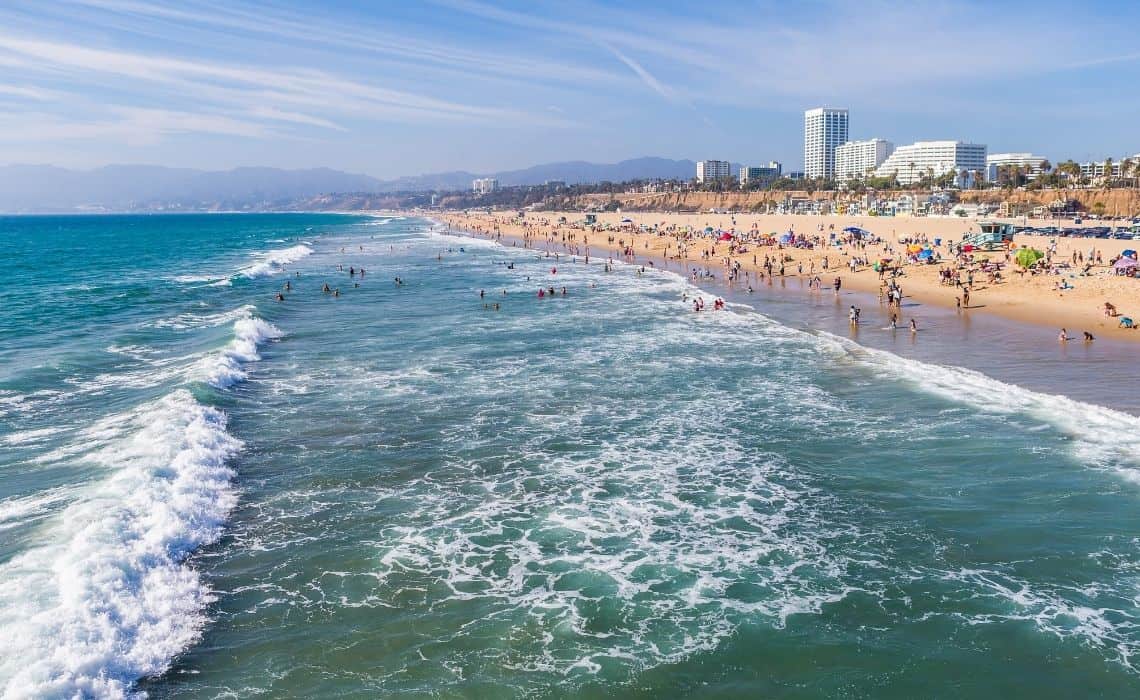 For those looking for some more laid-back beach vibes, Santa Monica is a great choice. This coastal town is family-friendly and home to the Santa Monica Pier, a regular feature in films and T.V. series. The streets are clean and safe, and nothing beats a sunset over the Pacific Ocean.

For a taste of the glitz and glamour of L.A., Beverly Hills is a popular option. Home to many of the modern-day Hollywood stars, this is an upscale residential area. As such, prices can be a bit expensive, but the upside is that there’s an abundance of fantastic shops, restaurants, and always a chance to spot your favorite celebrity.

Finally, those looking for a taste of urban L.A. life would do well to stay in Westwood. Home to the UCLA university campus, it also features a lot of student life; bars, restaurants, and cheaper options for accommodation are all here. It’s also one of the few L.A. neighborhoods with good public transport connections.

What to Eat in Los Angeles?

Los Angeles is a melting pot when it comes to culture and food. From Mexican to Korean, there’s a wealth of different cuisines on offer to fill you up after a Hollywood self guided walking tour.

Los Angeles has a huge Mexican population, and locals will be the first to tell you that the tacos here are the best in the country. For a classic L.A. experience, opt to visit one of the many food trucks scattered across the city. 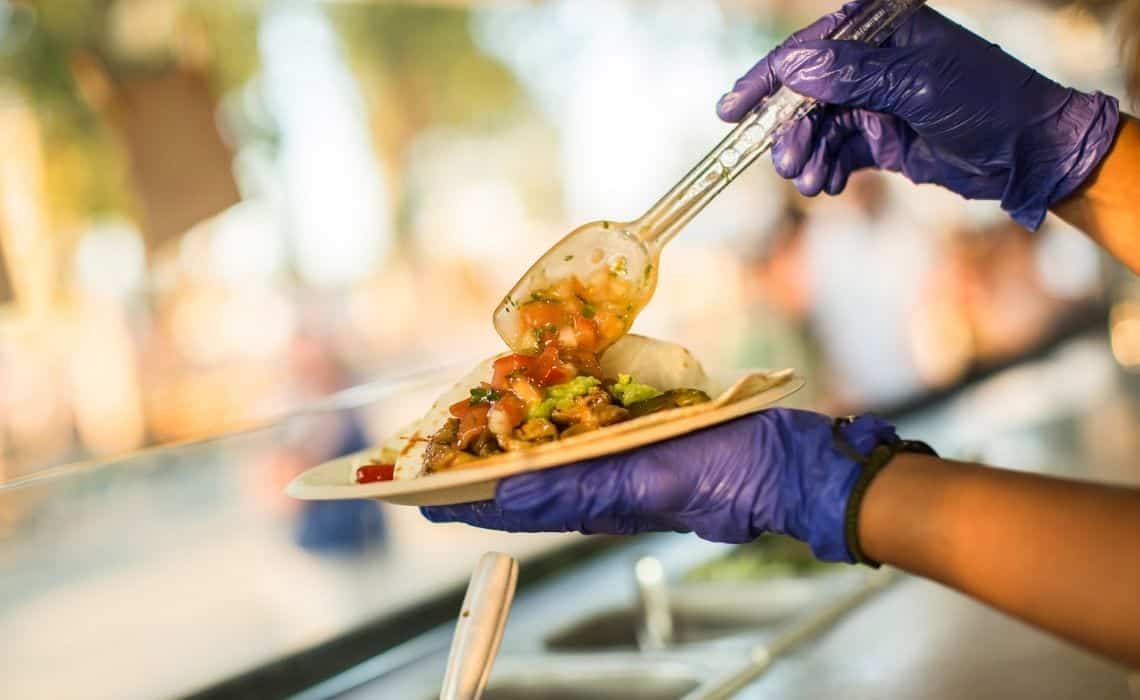 A French dipped sandwich is another classic staple dish in L.A. This sandwich consists of either roasted beef, pork, lamb, turkey, pastrami, or ham, served on a freshly baked French roll dipped in the gravy of the roasted meat. It’s a satisfying way to cap off any Hollywood walking tour.

While you’re in L.A., you should check out the food options in Korean Town. This is by far the epicenter of Korean cuisine in the United States, serving every dish you have ever imagined devouring on a foodie tour of Korea. From spicy beef stews to all-you-can-eat barbecues, this is an L.A. specialty.

Chicken and waffles have become a signature dish across the United States, but it all began in a Hollywood restaurant called Roscoe’s House of Chicken ‘N Waffles. Since its beginning in 1975, the restaurant now has several locations across Los Angeles. President Obama famously visited the location on W Pico Boulevard, causing the restaurant to rename its #9 order to The Obama Special.

Finally, it’s often easy to overlook that Los Angeles has access to a bounty of seafood plucked fresh from the Pacific Ocean. From oysters and mussels to shrimp clam chowder, you can have it all at the Broad Street Oyster Co. in Malibu, well worth the drive out along the coast.

Perched on the mountain slopes above Hollywood, the Griffith Observatory offers one of the best views over Los Angeles. It’s also home to a world-class planetarium and displays covering everything from how we mapped our galaxy to information about the entire known universe. Not only that, but the location has also featured in numerous Hollywood flicks. From here, you’re also treated to a great view towards the iconic Hollywood Sign. A short drive away brings you to the Hollywood Sign walking trail as well.

From stunning stretches of coastline to incredible wine regions, leaving the city limits of Los Angeles reveals a wealth of things to discover. Taking a break from the glitz and glam of Hollywood and venturing out to explore is incredibly rewarding.

As you can see, there’s plenty to check out in Los Angeles. Start out by getting your bearings and a feel for the city with our walking tour of Hollywood below. 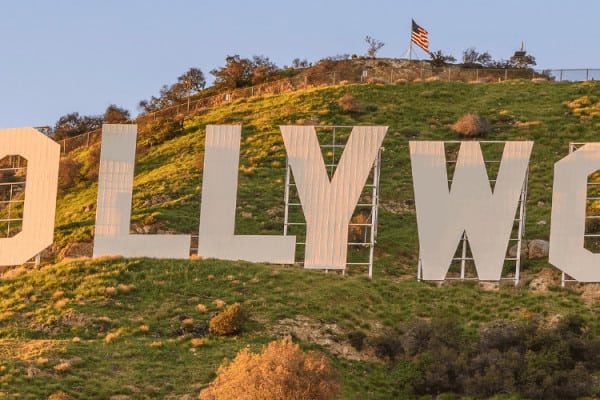 No city in the world sparks the imagination the way Hollywood does. It’s the land of dreams for a reason, the place where future stars really are found (occasionally) living ordinary lives as waitresses and buskers and, in the case…