Our walking tour of Nashville is one of the easiest ways to get to know this belle of a city, one of the most charming in the USA

Welcome to Nashville, one of the fastest-growing cities in the USA, the land of honky-tonks, beautiful amber bourbon, and country music. Overflowing with southern charm and comforts, trendy restaurants, and plenty of cultural offerings, it’s easy to see why Americans and international visitors alike make the pilgrimage to this gorgeous Southern city.

Most come for the music; after all, Nashville is the home of country music and is affectionately known as ‘Music City.’ Twanging guitars and soulful country lyrics drift out of bars every evening, beckoning visitors with warm wooden interiors and an inviting atmosphere. Some of the biggest music stars have played their way into America’s hearts on these stages, from Johnny Cash to Taylor Swift. The best of the best are immortalized in arguably the city’s most famous attraction, the Country Music Hall of Fame.

But step away from all the neon signs and bourbon of downtown, and you’ll quickly discover that Nashville isn’t all about country music. Vibrant neighborhoods on all sides offer plenty of distractions, from inventive restaurants to sprawling city parks. Running underneath everything is an easy, southern charm. The locals here have big hearts and are the main reason this city continues to boom in population, with a cultural scene easily keeping pace with the rapid development.

A walking tour of Nashville is the best way to get to know this vibrant destination. Once you’ve discovered its story, you’ll be well-positioned for further explorations into the history, culture, and nightlife of Tennessee’s capital.

Of course, the first people in the area were the Native Americans, with a history dating to 13,000 BC. But Nashville as a settlement started in 1717 when French fur traders arrived and set up a trading post. In 1779 it turned from a trading post into a full-blown settlement when a group of pioneers led by Englishman James Robertson built a log stockade on the banks of the Cumberland River. The stockade was called Fort Nashborough, although, in 1784, the name was changed to Nashville.

11Thanks to its strategic location as a port on the river and later as a hub for the growing railroads in America, Nashville was immediately a prosperous town. It was officially incorporated as a city in 1806 and made the capital Tennessee in 1843. When the Civil War broke out in America, Nashville was quickly captured by Union troops in the year 1862, its strategic location too important to pass up. Although it suffered an economic slump during the Civil War, it quickly rebounded after it ended.

The city continued to grow, and extensive suburbanization occurred post-World War II. In the 1960s, segregation was still present in the city, protested by a series of sit-ins organized by the Nashville Student Movement. Martin Luther King praised their efforts in a speech at the historic Fisk University in north Nashville, one of the most important Historically Black Colleges and Universities. As a result of the community efforts, desegregation occurred in Nashville much sooner and with fewer incidents than in other Southern cities.

Since the end of the 20th century, Nashville has continued to boom, drawing everyone from musicians to IT workers to families. The city’s government has conducted extensive urban renewal, and today Nashville is a prospering city, a crossroads of American culture, music, and food. Thanks to its small-town vibe with the amenities of a big city, low cost of living, and vibrant cultural scene, Nashville has turned into one of the fastest-growing cities in the US.

For a deep dive into the city’s history, our Nashville walking tour offers a fantastic look at one of America’s most unique cities. It can also be done as a virtual tour of Nashville, letting you discover the city’s music, sights, and story from the comfort of home.

Where to Stay in Nashville 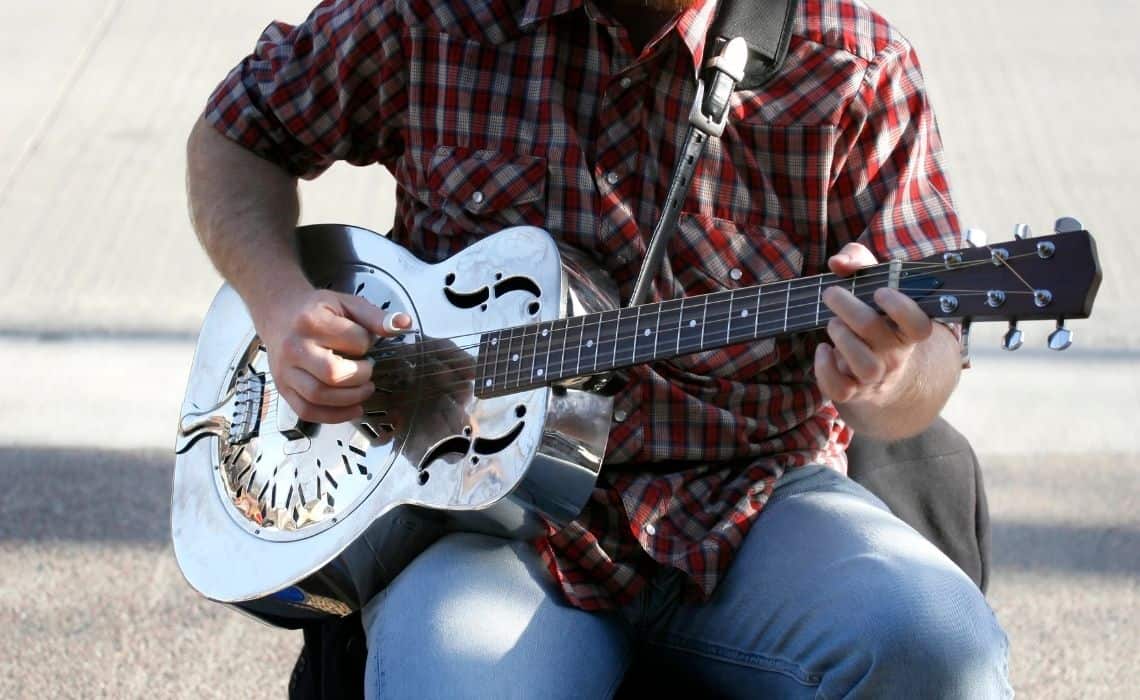 The 5 Best Neighborhoods to Stay in Nashville

For first-timers in Nashville, staying downtown is an obvious choice. The closer to Lower Broadway you stay, the closer to all the action you’ll be; shopping, eating, and Nashville’s famous nightlife all happens in these streets. There’s the Arts District, a hub of creativity, while The Gulch and SoBro are where you’ll find the majority of the city’s Honky Tonk bars, charming rooftop patios, and a wealth of other distractions. It’s the perfect area to stay if you’re looking forward to walking around Nashville.

For something more offbeat, East Nashville is your best bet. Sprawling across the opposite side of the Cumberland River, it is known as the city’s trendiest area. Expect to find plenty of craft beer breweries, hip coffee shops, vintage stores, and creative boutiques. The prices are cheaper than downtown as well.

Foodies would do well to stay in Germantown, just north of downtown Nashville. Named after the arrival of German immigrants in the 1850s, this area is now known for its creative restaurants dotted throughout the streets. It’s also an important piece of African American history in Nashville, playing a central role in the Civil Rights movement during segregation.

Midtown and Music Row is another great choice for visitors to the city. With a location just to the west of downtown, this area is a solid choice as a home base while you explore Nashville. The large Vanderbilt University nearby means that there’s also a good range of nightlife on offer here as well – like that of the bars downtown, but on a more local scale.

Finally, families visiting Nashville might like to browse the accommodation options in Wedgewood-Houston. Located in South Nashville, kids will love both the planetarium in the neighborhood as well as the city zoo. There’s also a lot of great restaurants and craft beer bars for adults as well.

What to Eat in Nashville? 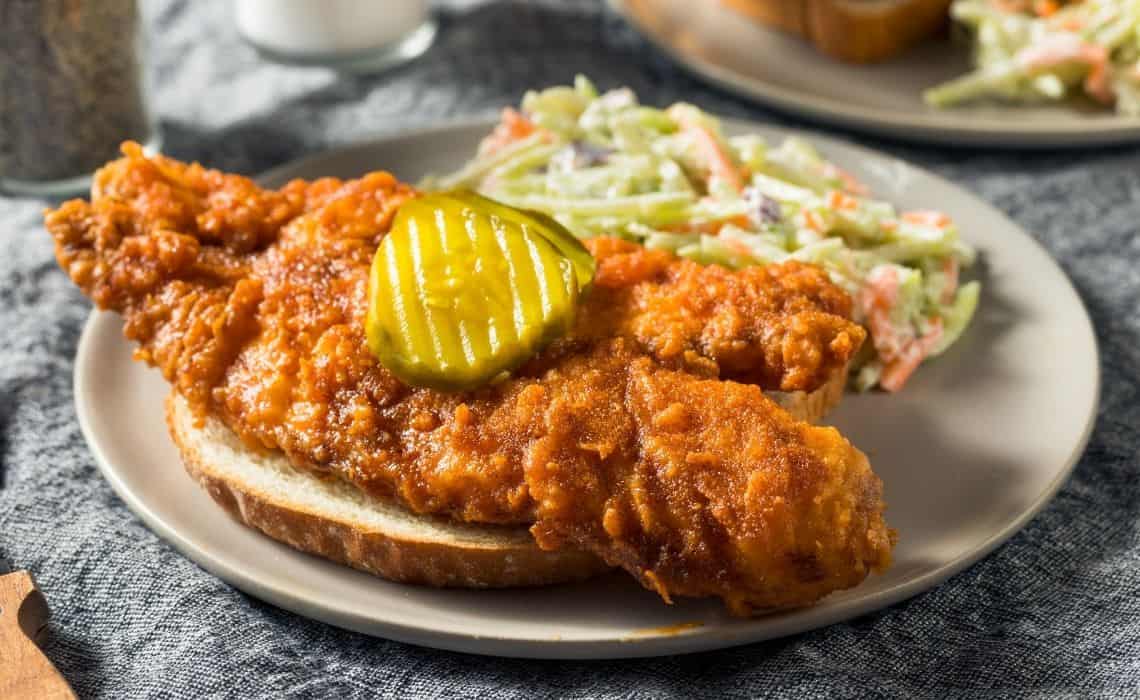 Probably the city’s most famous dish, Nashville hot chicken is a fantastic way to get to know Nashville. It is simply fried chicken with the spice levels turned all the way up, served on a slice of white bread with pickled chips on top. There are plenty scattered throughout historic downtown Nashville; expect to wait in line at the city’s most famous spots.

Like many other destinations in America’s south, barbecue food is serious business in Nashville. Picture yourself feasting on perfectly cooked pulled pork, ribs slathered in a sweet BBQ sauce, brisket, chicken wings, and more. Most BBQ restaurants also make their own special sauce to sell on the side, the perfect souvenir for the barbecue connoisseurs out there.

A mainstay in many restaurants around the city is the meat and 3. Born in Nashville, the idea is that customers get their choice of one meat (chicken, beef, pork, etc.) and three sides. It’s an easy way to sample a lot of the great southern comfort food at once, mouthwatering dishes like fried chicken, barbecued baked beans, biscuits and gravy, and many more choices.

It wouldn’t be a Southern city without the ultimate comfort food: mac n’ cheese. This dish is taken very seriously all over the region, a popular side and fantastic as the main meal in itself. Creamy, cheesy, and delicious, it’s a great way to top off any Nashville self guided walking tour.

For dessert, Tennessee’s favorite is the banana pudding, a delicious end to any meal in the city. Creamy custard is layered with just-ripe bananas and vanilla wafers often topped off with lightly toasted meringue. It’s a great accompaniment to some Nashville hot chicken. 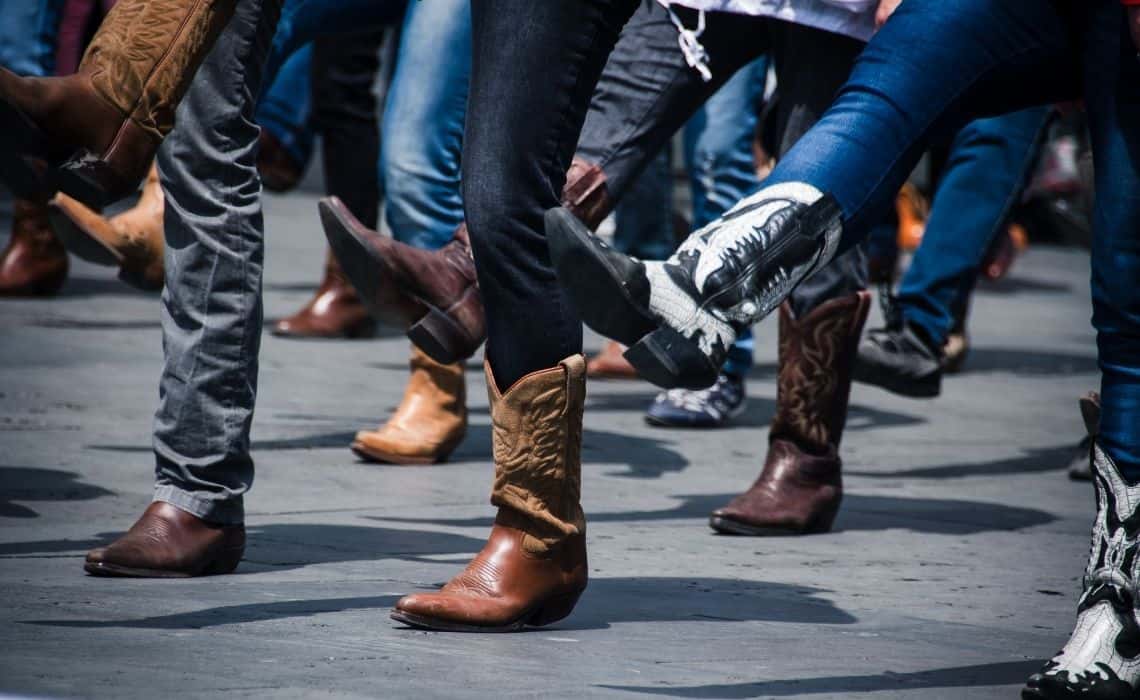 One of the main reasons people come to Nashville is to experience the city’s famous nightlife. As the sun sets, the city’s honky-tonks (live music bars) light up their neon signs in the shape of guitars, fiddles, cowboy boots, beckoning the crowds inside. Cozy and convivial, this is where you’ll experience Music City. There can be boot-stomping rowdiness, soulful country ballads, and twanging guitar solos on any given night. Surprise guest appearances by some of the biggest country music stars in the USA can also make a night unforgettable.

Over the past decade or two, Nashville has turned itself into one of the craft beer capitals of the USA. Innovative breweries have opened taprooms across the city, offering a quieter side to the honky-tonks of downtown. The best part is that most breweries are within easy walking distance of another one, letting you easily string together your own brewery walking tour.

Move over country music; another cultural phenomenon is starting to take over: street art. Nashville is now home to countless murals scattered around the city, giving you an easy excuse to wander around the streets tourists normally don’t. Far from being rooted in the rebellious counterculture, most of the works in Nashville are commissioned, resulting in a colorful array of art adorning the city’s buildings.

For a great introduction to the city, check out our walking tour of Nashville below. Taking in the city’s best sights while discovering the city’s history, you’ll quickly get to know this charming destination. 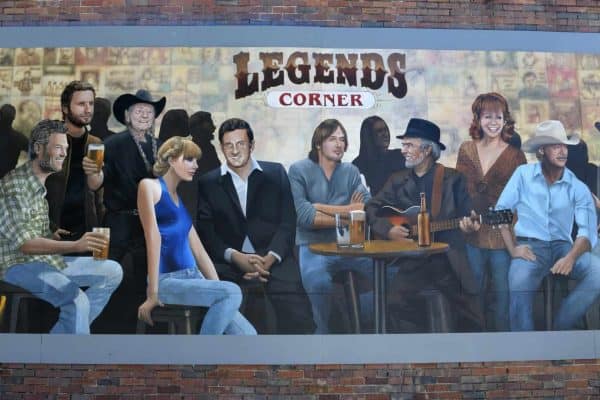 Music, nightlife, history, and intrigue - what city could offer more than Nashville? From humble beginnings in a cave on the river to a historic fort, from occupation during the Civil War to a trading hub, before finally settling into…