Walking tours in Washington DC are the best way to introduce yourself to the incredible history of the US capital and seat of government.

Welcome to Washington DC, the capital of the United States of America. This city is filled with American history, the country’s most important cultural institutions, and the three pillars of its government. The power and politics are thrilling to see up close, whether you’re taking a tour of the White House or rubbing shoulders with the city’s political elite in the city’s bars.

Of course, the sights here are some of the most famous in the US. The National Mall is where most of the attractions are, anchored at either end by the US Capitol Building and the Lincoln Memorial. On either side are the city’s greatest museums, while monuments and memorials are dedicated to American heroes, remembering those lost at war and the country’s most important historical figures. Above it all soars the Washington Monument, an obelisk dedicated to George Washington, the country’s first president.

Step away from the politics and history for a moment, and you’ll quickly discover that Washington DC is a buzzing small town contained in a big city. Overflowing with cultures from around the world, small pockets of international communities bring their customs and food, mixing to form one of the most unique and engaging destinations in the US.

Walking tours in Washington DC are the best way to introduce yourself to this city, its history, and the powerful political culture on show here.

The Capital of a New Country

After the American Revolutionary War, George Washington decided that the country’s capital needed to be distinct from the states. A tract of land was carved out of Virginia and Maryland, given over to the federal government for the new capital, and development began. The city was founded on July 16, 1790.

Washington DC was almost destroyed before it began. Not long after the city began to take shape, the war of 1812 broke out between American and Great Britain. British forces invaded the city, burning down a whole lot, including the newly completed White House, the Capitol Building, and the entire Library of Congress. After the war ended in 1817, the recovery was slow, and it remained a small city compared to others nearby.

Slavery was ended in Washington DC on April 16, 1862, a full nine months before President Abraham Lincoln issued the Emancipation Proclamation to end slavery in those states engaged in rebellion against the union. As such, the city became a hub for freed slaves, becoming home to a large African American community that still lives there today.

It was also in Washington DC where one of the most important and famous events occurred during the Civil Rights Movement. On August 28, 1963, the March on Washington took place, as black Americans sought civil and social justice. More than 200,000 people gathered in DC for the peaceful march, the highlight of which was when Martin Luther King delivered his famous “I Have a Dream” speech. It’s one of the most important points of recent American history, galvanizing the movement and leading to the Civil Rights Act of 1964 being passed.

There are plenty more important pieces of American history that have taken place in Washington DC. For a fantastic overview of it all, our Washington DC walking tour below is one of the best ways to introduce yourself to the city. It can also be done as a virtual tour of Washington DC, helping you to discover the US capital from the comfort of home.

Where to Stay in Washington DC 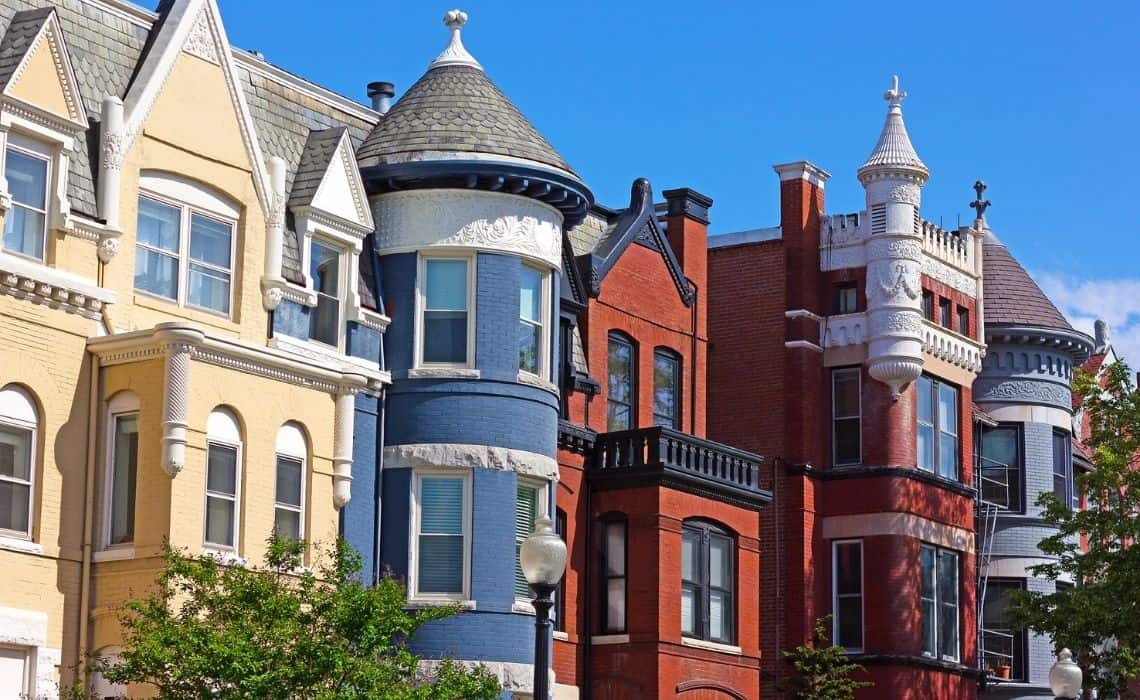 The Best Neighborhoods to Stay in Washington DC

One of the best places to stay for first-timers to Washington DC is in Dupont Circle. A popular choice for all kinds of travelers, it’s conveniently located and has a great number of restaurants, bars, cafés, and galleries. This is also a popular nightlife spot for the younger crowd on the weekend, so expect it to get noisy.

Just south of Dupont Circle is downtown Washington DC. In this part of town, things start to get more elegant. High-end hotels and restaurants attract the city’s politicians, while dotted throughout the streets are museums, galleries, and of course, the White House itself. It’s a great place to base yourself as it’s just a short walk to the starting point of our National Mall self guided walking tour.

Northeast of Dupont Circle is where you’ll find the neighborhood Logan Circle. A quiet residential area by day and lively nightlife spot after hours, it’s another great neighborhood to enjoy a night out at a restaurant, bar, or theater. Victorian homes line the streets in this historic district, and prices are cheaper than both Downtown and Dupont Circle.

Families traveling together to Washington DC would do well to stay in Georgetown. Quaint streets here are lined with elegant boutiques, beautiful townhouses, and leafy trees, attracting all kinds of people from around the city. It’s also home to embassies side by side with fascinating historic monuments.

Finally, for a true Washington DC experience, visitors might like to stay in Capitol Hill. As the seat of the US government, here you’ll find the US Capitol Building, the Senate, House of Representatives, and Supreme Court. Foodies will love the wide range of restaurants on offer, while history buffs will be enraptured by the impressive and imposing government buildings on all sides. 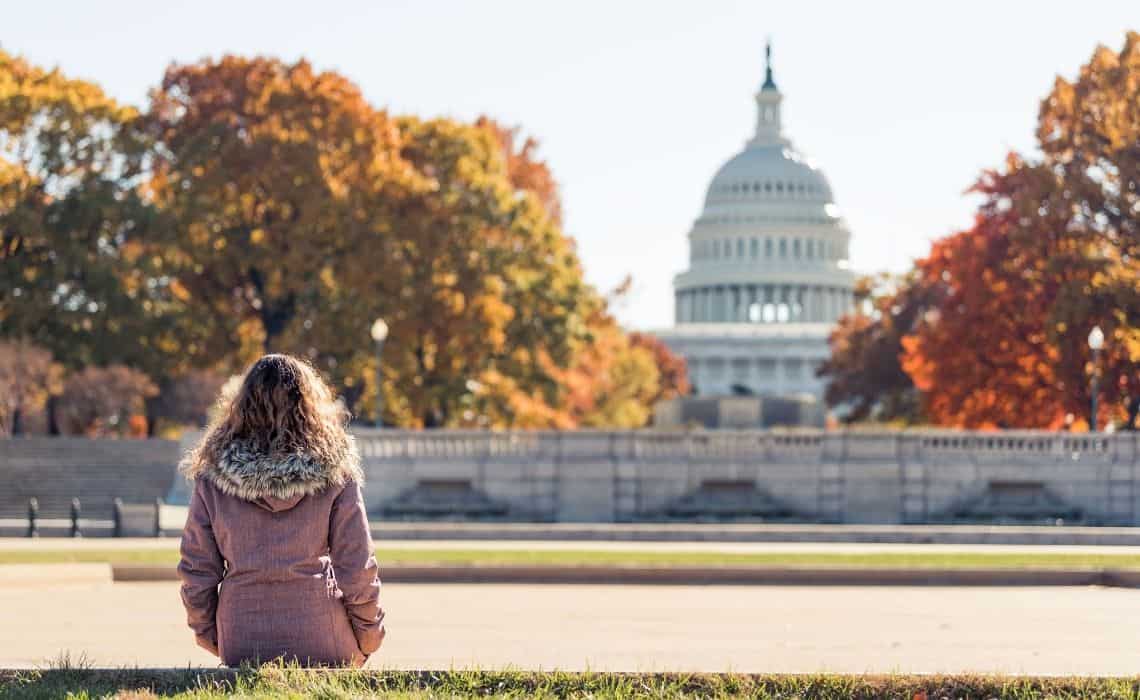 What to Eat in Washington DC?

Home to more embassies than any other city in the entire world, the incredible variety of cultures plays a big part in the food scene around DC.

Washington DC’s signature dish is called the half-smoke, a must-try food when visiting the city. This hot dog features a spicy sausage that’s smoked and then grilled, a bit spicier than normal. It’s loaded into a soft hot dog bun and topped off with onions, cheese, and a healthy dose of chili. It’s a fantastic choice to recharge after touring the famous DC monuments – the most famous place in the city to try it is at Ben’s Chili Bowl.

DC might have the highest concentration of Ethiopian restaurants out of any other city in the US as well. If you’ve never tried it before, a trip to DC is the perfect chance. The food comes served on a large bit of injera, a spongy bread that you rip apart to scoop up the different types of meat, vegetables, rice, and dips. And yes, you eat it all with your hands.

Of course, the large Vietnamese community in DC means you’ll find some of the finest Vietnamese restaurants in the city. From delicious bowls of pho to rice paper rolls, there’s a lot to love about this cuisine. But if you’re looking for a great snack to enjoy on your walking tour, it’s all about the banh mi. This sandwich is filled with delicious pork, vegetables, mayonnaise, and plenty of Vietnamese spices.

As the largest community of Hispanic people in the capital, Salvadoran food is another fantastic – and unique – choice for dining in DC. Delicious pupusas are a mainstay, a doughy bread loaded with meat, cheese, and beans. Other than that, there’s lots of grilled meat, seafood, and rice, all of it served with a delicious Central American twist. It’s a great choice to fill up after a self guided tour of Washington DC.

Finally, the jumbo slice in DC is, of course, referring to an absurdly large slice of pizza. Finding popularity with the inebriated students of the city, it’s now become a main feature of the cuisine in the capital. It’s not a jumbo slice if it’s not larger than your head. 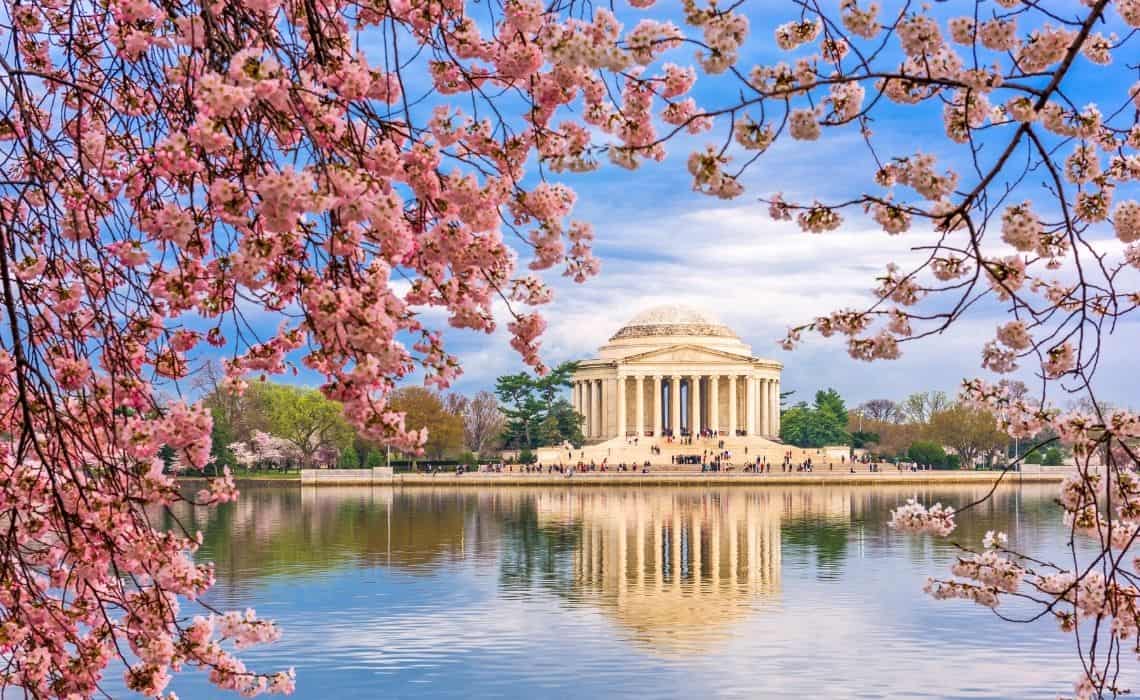 Every spring in Washington DC, thousands of tourists arrive for the beginning of the cherry blossom season. After a cold winter in the northeast, the sight of thousands of pink petals blooming on the city’s boulevards is a breath of fresh air.

Few people who live in Washington DC were born there. It’s a city of transplants, with people moving from around the country to work for government agencies, not-for-profits, and many other businesses who work alongside the government. With such a vibrant array of different cultures, it’s one of the country’s most international cities. But as quickly as people move into DC, plenty of others move out. At the same time, restaurants, bars, and venues all open and close at a much faster rate than elsewhere in the US. The transient nature of the city makes it a fantastic contender for repeat visits.

A City of Museums

Washington DC knows its way around a great museum. The city is home to some of the most important in the entire country, most of them lining the National Mall.

The 5 Must-Visit Museums in Washington DC

As you can see, there’s a whole lot to see, do, eat, and discover in this city. Walking tours in Washington DC are one of the easiest ways to jump right into the important history before moving on to explore the vibrant culture and food of the US capital. 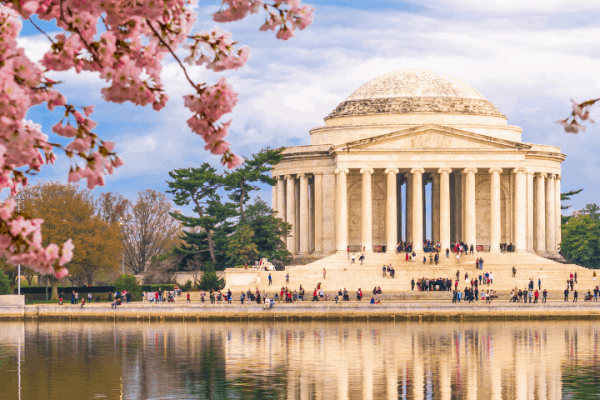 On our tour, you will see and learn about the most famous monuments in Washington, DC. The tour will begin at the Washington Monument and then head to the Lincoln Memorial before continuing on the Jefferson Memorial. Between these major…